Behind the Scenes Protection 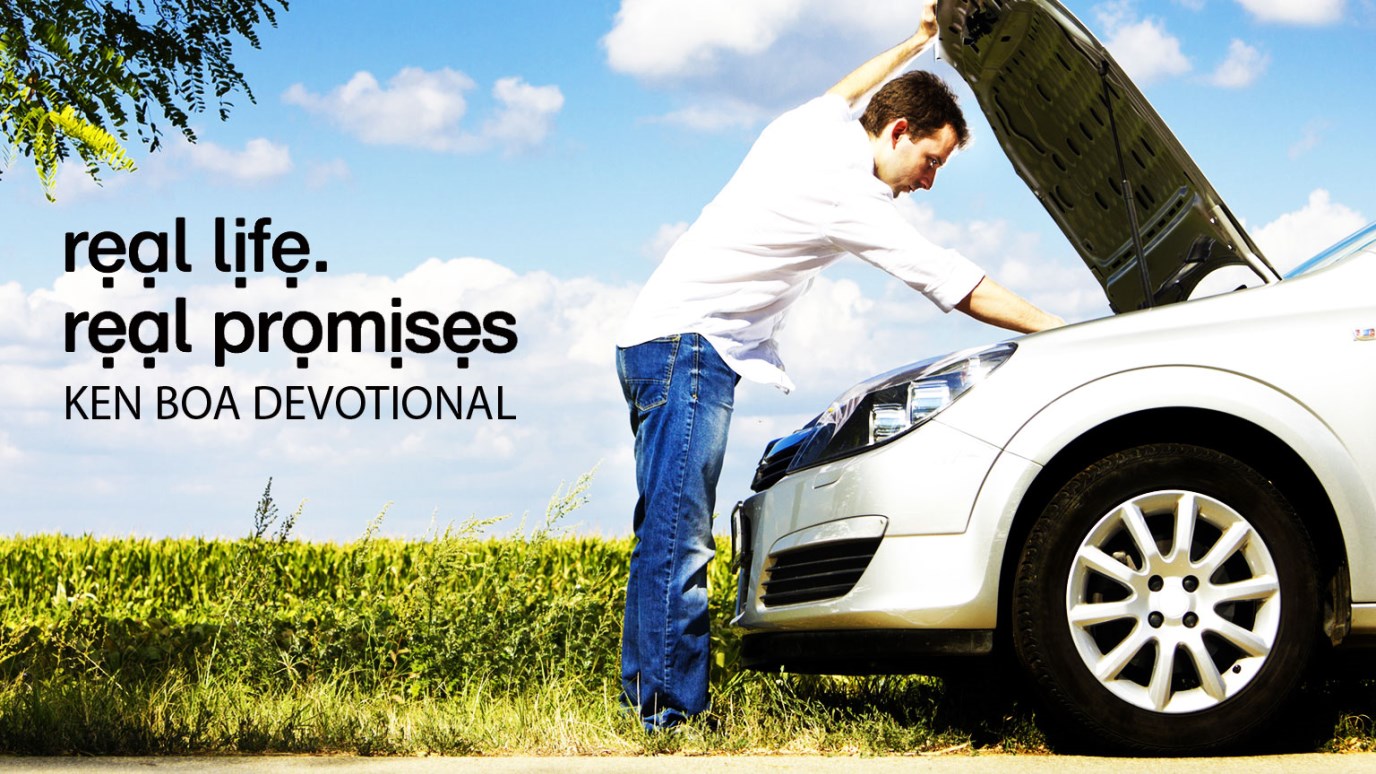 The next time you hit a bump in your road—a diversion, a delay, a drastic change in your plans—remember you never know what God might be protecting you from.

You rise early on Saturday to drive to a nearby city to take the Graduate Record Exam for admission to graduate school. You don’t want to be late—or have anything worse happen—since this is the last time the G.R.E. is given for September admissions. Praying as you drive, you realize you haven’t been this contented—or confident you were in God’s will—for a long time.

And then it happened—or “didn't happen” is more like it. Your car sputters, struggling to make it up a steep hill. You give it more gas and shift to a lower gear, but to no avail. Before it stops completely, you manage to pull off on the shoulder of the road. And there you sit, dumbfounded, in a dead car. The test begins in an hour and you’re still 40 minutes away. And all of a sudden, God seems to be on the other side of the universe. Where’s His protection when you need it?

You aren't the first, and won’t be the last, to ask, “Why?” One of the first to ask was the infant nation of Israel. After 400 years in slavery, God sent Moses to rescue them—and they were ecstatic: “We’re going home! We just walk due east out of Egypt, turn north around the corner of the Mediterranean Sea, and we’re there! What could be easier?” Instead, Moses took them due south out of Egypt into the heart of the Sinai desert, a land of sand, sun, snakes, scorpions, and scorching attitudes. You know they were asking Moses, “Why?” but as far as we know, he didn't answer them. But we know why God did the opposite of what they were expecting. By going south, they avoided the Philistines, a warlike nation Israel would have encountered had they taken the short route home. The Sinai route was longer—but at least they were alive.

The next time you hit a bump in your road—a diversion, a delay, a drastic change in your plans—remember Israel in the desert: You never know what God might be protecting you from. He can see much further down the road than we can, and protects us accordingly.

God’s Promise to You: “If I change your plans, it’s because my plans are safer for you.”