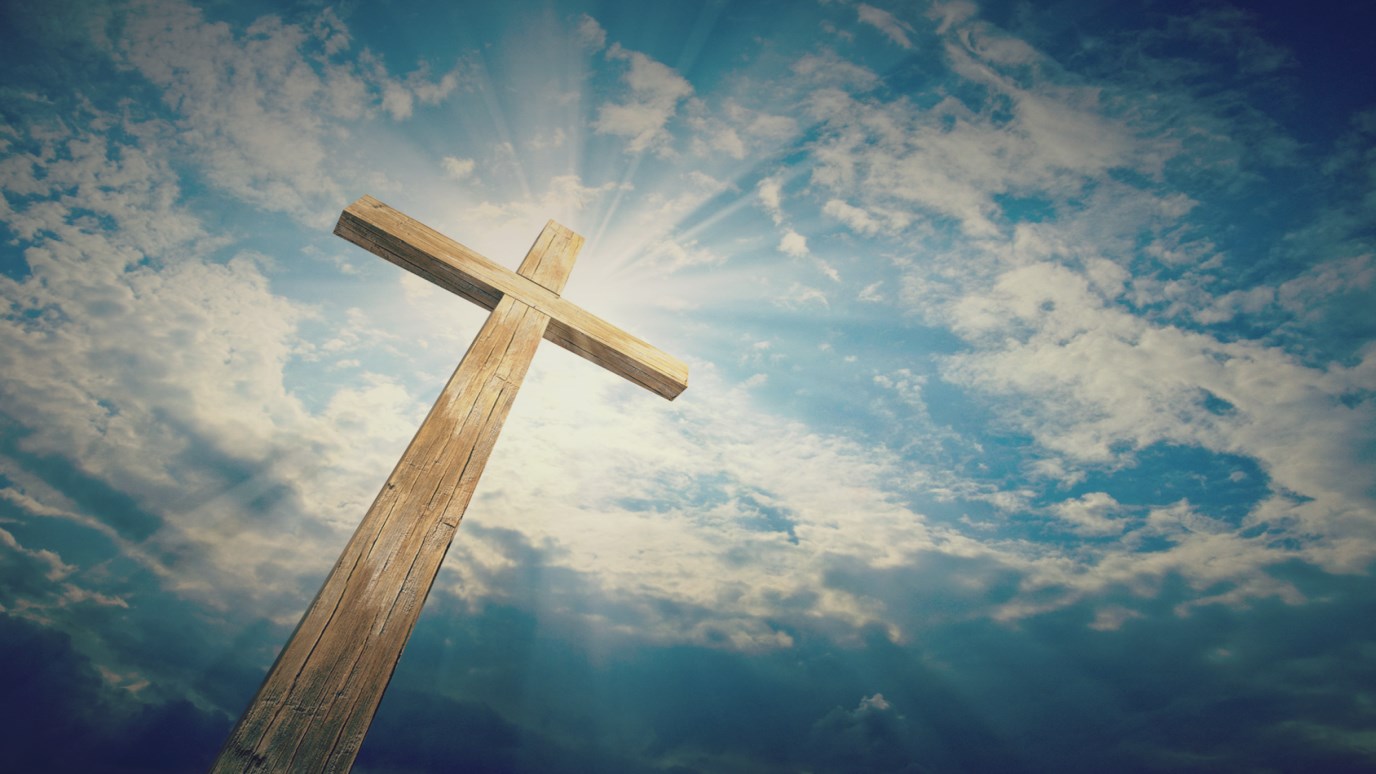 What is the purpose of living in a hurtful, difficult world? The truth remains, "Because He lives."

In the late 1960s, Gloria and Bill Gaither wondered if it was irresponsible to bring new life into the world. Newspaper headlines dripped with despair. The Vietnam War raged and by the end of 1968, over 22,000 American soldiers had died. John F. Kennedy was assassinated that same year. The cost of living rose. Rock and roll music was gaining popularity, eclipsing the wholesome songs of their youth. “Love” and “peace” were being paraded through the streets on rainbow-colored banners and in hazy smoke circles, irrespective of their true source. Peace was expected to follow, “whatever makes you happy."

A little over a decade later, my own mother fretted about the wisdom of starting a family as morality seemed to decline and the world seemed headed to hell in a hand basket. Did God really mean to bear with His creation much longer? It seemed as though the days of Noah, when “all the thoughts of mens’ hearts were always evil continually," were replaying on an eerie global screen.

In March 1980, the month of my birth year, stories of riots, murders and natural disasters landed in the driveway with every thump of the daily paper. American politics grew steadily more liberal beneath the Carter administration. God was systematically evicted from public education.

On a sunny, delicious day in Dallas, Texas, three generations of my family crowded around a circular table in my sister’s kitchen. Rays of warmth poured through open windows and drew geometric patterns across the crumbs of our bagel breakfast; a light breeze stirred the ribbons of steam rising from mix-matched coffee cups.

“Why do I deserve to be here?” The thought was half prayer and joined my heart’s whispers of thankfulness to heaven. Why, in the midst of a crumbling economy, school shootings, talk of death panels, government shut downs, broken homes, starving countries, racism and deception, am I allowed to bask here in the love of family, the promise of life, the comfort of fellowship and full bellies?

Across the table, I saw my dad’s eyes shimmer. They always do that when he’s thrilled to be bursting with the blessings of our High King. Next to him, my mother cradled her newest grandchild, gulping air into tiny lungs less than a month exposed to oxygen outside his mother’s womb. Each of my three sisters pushed back from the table, one teetering on the back legs of her chair just as we were warned not to do as little girls. “Baby Hay," so nicknamed by the squirming toddler in my lap rested quietly on the floor nearby. And I leaned forward to press my cheek to the soft pigtails of my niece. At her behest, I sang, Jesus Loves Me, to her, “again,"  hushed so as not to interrupt the ebb and flow of conversation, like a peaceful tide unchecked by second thoughts.

Daddy pulled an envelope from his lap under the table and reached across, placing it in my hands. Mom produced a large shoebox at the same time.

“These are for you,” she said.

I must have looked surprised. None of their new or expected grandchildren were mine, so there was no occasion to shower me with gifts. Christmas was fast approaching, but none of us were ready to admit that, let alone begin shopping for gifts. My birthday had come and gone this year.

“You’ll understand when you open it,” Dad said.

I peeled the paper from the box and lifted the lid. Folded back and forth upon itself lay a blue and white, latch hook banner. Immediately, I remembered it. Now my own eyes shimmered, and I pulled it out, stretching it to the full length.

About a year ago, I began signing most of my letters and emails with that closing phrase. I did it mostly because “Sincerely," “In Him," “Love," “Yours Truly” and “Blessings," seemed over done. But I had no idea why this particular line came to me, or why it filled me with pure pleasure to place my name beneath the assurance. “Because He Lives." It just seemed so... me.

As my parents’ first born, the latch hook banner once hung in my nursery. I claimed it as my own, even though it hung in each subsequent nursery as my sisters arrived. But as an adult, I accepted the fact that it would most likely hang in one of my sisters’ nurseries. Without children of my own, I hardly expected to be given the handmade treasure.

“Open the envelope.” My mom gestured.

Still wordless, I placed the banner in my lap and began to read.

“The lyrics to this song have held true, are true and will continue to hold true. As you have heard many times before, God placed this song on my heart when I was fearful of ever having a family. He showed himself faithful time and time again in raising our family. He took two broken people who love Him and brought four beautiful girls into the world. And now through His faithfulness He has started four more wonderful families. Families that He will continue to do His work in, “because He who began a good work in you will be faithful to complete it...”

Suddenly, I knew why God had given me this precious phrase, “Because He Lives." Every generation has grown up in the darkness of their own age, in the particular ills that beset those years. Personally, I was accosted by the worldly demands to have a perfect body, be self-sufficient, brutally self-disciplined and in control. I fell beneath the blows of an eating disorder, and many nights I wondered if God would simply relieve my pain through death. He refused.

After each wave of fierce battle, as I lay panting and still stubbornly broken by sin, Father God breathed hope into my spirit. My journal is replete with the question, “What makes life worth living for those who do not know Jesus?”

For 15 years, God held my frail spirit in His hands; He must have exhaled the breath of life into my lungs over and over again. In time, I drank that breath deep. Because He lives, I saw purpose lingering in front of me like light filtering through a dust storm. Slowly, I regained my health. The only reason I have for finding life worth living is “Because He Lives."

We live in a fallen world. Christians are fully aware of the of spirit of anti-Christ in their own age (1 John 4:3). Even the apostle John identified it in the fledgling years of the early church. But, we also live in a redeemed world. For those who believe in Christ’s substitution payment on the cross, there is reason to bring new life into the world. Indeed, it is God’s great glory to push new generations through human oneness into the world of His creation --The world, so loved by God that He sent His one and only Son that everyone who believes may have eternal life through Jesus Christ (John 3:16).

I remember a small plaque that perched on the shelves of my parents’ headboard when I was young. It read:

“A baby is God’s opinion that the world should go on. ~ Anonymous”

Bill and Gloria Gaither grasped that truth and memorialized it in song. The sweet melody etched itself into my mother’s heart one morning in church as she agonized fearfully about the future of her children. And then, that same truth preserved my life when I too wondered at the purpose for living in a hurtful, difficult world. The truth remains, “Because He Lives."

God sent His son, they called Him, Jesus;

He came to love, heal and forgive;

He lived and died to buy my pardon,

An empty grave is there to prove my Savior lives!

Because He lives, I can face tomorrow,

Because He lives, all fear is gone;

Because I know He holds the future,

And life is worth the living,

Just because He lives!

How sweet to hold a newborn baby,

And feel the pride and joy he gives;

But greater still the calm assurance:

This child can face uncertain days because He Lives!

And then one day, I'll cross the river,

And then, as death gives way to vict'ry,

I'll see the lights of glory and I'll know He lives!

How Can I Have Peace?
Pastor Rick Warren
Follow Us
Grow Daily with Unlimited Content
Uninterrupted Ad-Free Experience
Watch a Christian or Family Movie Every Month for Free
Early and Exclusive Access to Christian Resources
Feel the Heart of Worship with Weekly Worship Radio
Become a Member
No Thanks