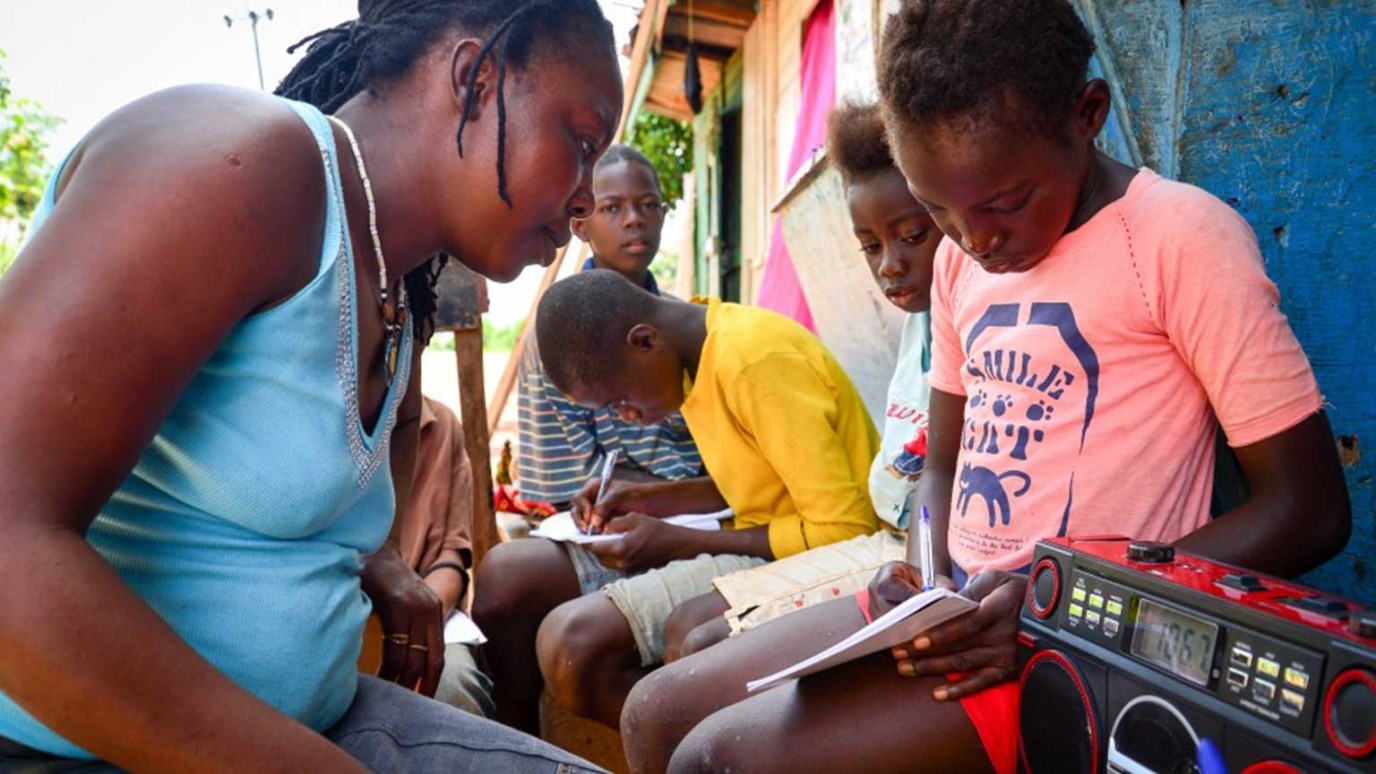 After nine months out of school because of Ebola, children in Sierra Leone are returning to school. These children listened to classes on the radio while schools were closed.

About 1.7 million children in Sierra Leone began returning to school in April when the country reopened its schools as it recovers from an Ebola outbreak.

“We are cautiously optimistic that most schools will open their doors…which is a critical first step on the road to post-Ebola recovery,” says Leslie Scott, World Vision country director for Sierra Leone.

“But there is still a tremendous amount to be done to ensure that classrooms are safe and supportive for our children.”

In the throes of the worst-ever Ebola outbreak, Sierra Leone closed its schools and prohibited mass gatherings of people. At the height of the Ebola crisis, many schools were used as treatment centers; they needed to be disinfected and refurbished for children's use.

To help students get set for class, World Vision is providing books, uniforms, and school supplies to the 58,000 children in its sponsorship program. The government has waived school fees for all children for two years to encourage enrollment.