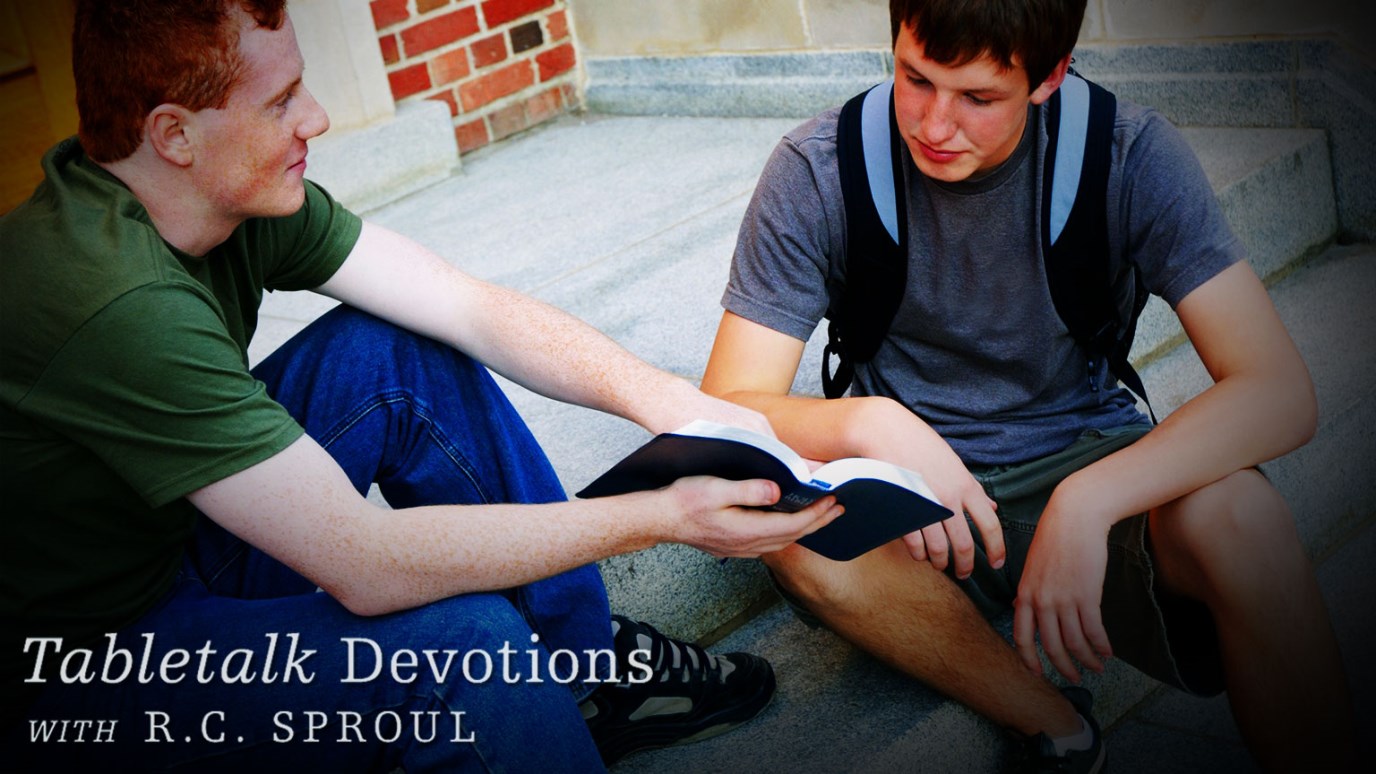 R. C. Sproul asks that those who are ashamed to suffer for the cause of Christ go before the Lord today and pray to be proud to be his servant.

“If anyone suffers as a Christian, let him not be ashamed, but let him glorify God in that name." (1 Peter 4:16)

As the Gospel began to spread in earnest after Pentecost, the apostles soon found themselves facing the same kind of opposition that Jesus faced. Peter and the others were brought before the council in Jerusalem and commanded to cease preaching about Jesus. They had to endure a variety of hardships including beatings and imprisonments, yet through it all they rejoiced that they were counted worthy to bear dishonor for the sake of the name of Jesus (Acts 5:17-42).

Though Peter and the other apostles stumbled at times while living out the Gospel (for example, see Gal. 2:11-14), they did generally consider it a great honor and privilege to suffer for Jesus. Today’s passage tells us explicitly what the apostles lived out implicitly, namely that when we suffer as a Christian we are never to be ashamed (1 Peter 4:16).

We are not to suffer as evildoers, implying that we are not to be proud when we suffer the consequences of sin deservedly; rather, we are to be ashamed. How different then is to be our response when we suffer for our faithfulness? Instead of being ashamed of Jesus in order to avert such hardship we must instead glorify God in that name — the name of Christ. The idea here is that even while being persecuted, the Christian must still behave in a manner that glorifies God in every circumstance. When we suffer for Christ, we must not stop worshiping Him or cease to follow His commands. On the contrary, we must continue to glorify the Lord in thought, word, and deed even though to do so might make things more difficult for us.

Until we are brought completely out of our physical exile into the new heavens and the new earth, we will, at least on occasion, have to suffer for serving the King of kings. The world will see this suffering as dishonorable; in fact, pagans called early believers “Christian” to dishonor them. Yet we must never be ashamed to be called a follower of Christ. For it is a gracious thing when we endure unjust suffering because of our allegiance to Him (1 Peter 2:20).

John Calvin writes, “it is no common kindness from God, that he calls us, freed and exempted from the common punishment of our sins, to so honourable a warfare as to undergo for the testimony of his Gospel either exiles, or prisons, or reproaches, or even death itself.” Are you ashamed to suffer for the cause of Christ? Go before the Lord today and pray that you would be proud to be His servant. Pray for Christians worldwide that they would proudly suffer for their King.