Be it Unto Me 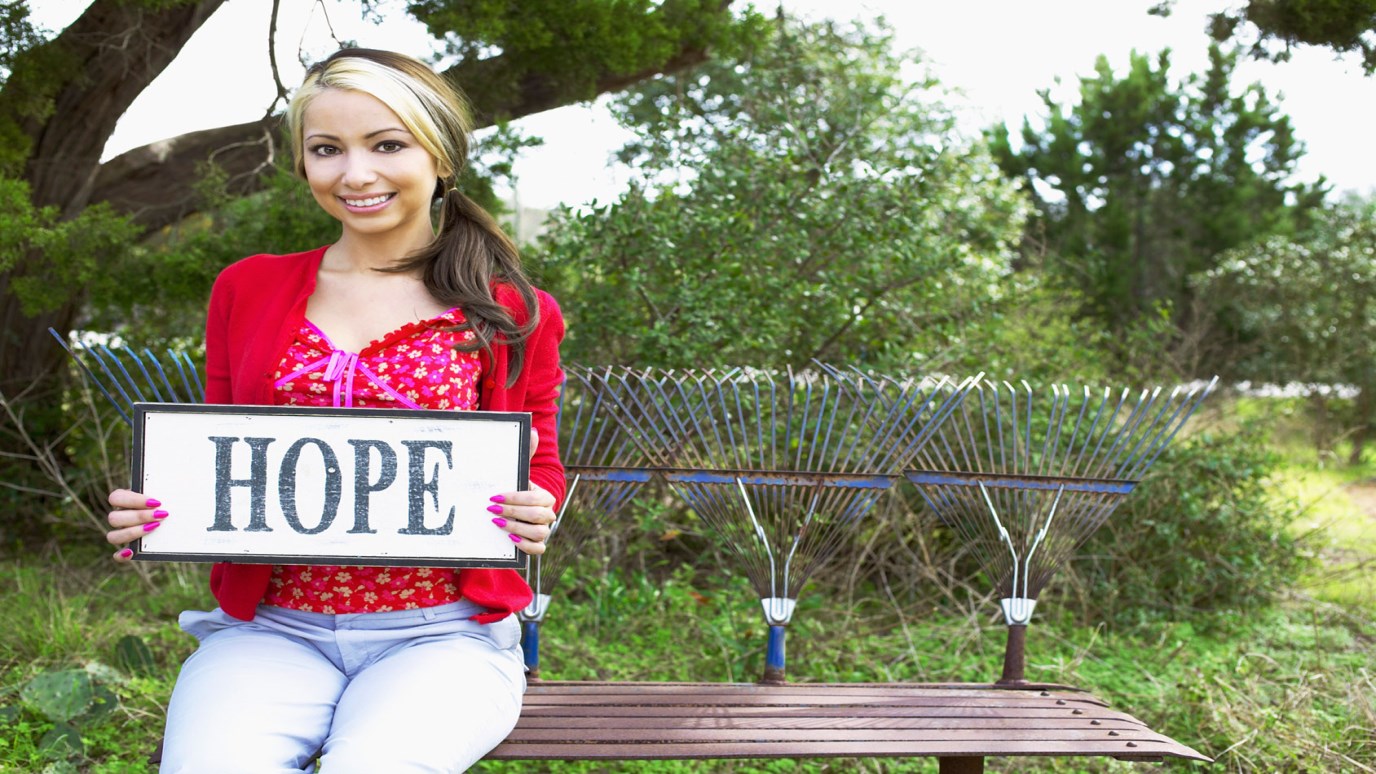 Hope must be combined with faith for us to inherit God’s promises.

In our materials and curriculum, we speak of having a stand of substance for the healing of our marriages. Hebrews 11:1 says, “Now faith is the substance of things hoped for, the evidence of things not seen.” (NKJ) While hope is vitally important, it is not substance. I like to call hope the container for faith.

Most of our friends and family do not want us to be hurt anymore so they say things like, “Now don’t get your hopes up.” However, Covenant Keepers wants you to get your hopes up as we recognize that hope can become faith: a stand of faith for the restoration of your marriage and family. The Aramaic Bible in Plain English translates Hebrews 11:1 this way, “Now faith is the conviction concerning those things that are in hope, as if it were these things in action, and the revelation of those things that are unseen.”

According to Hebrews 6:19, hope’s function is to anchor and stabilize the soul (our mind, will and emotions). Hope is for our soul, just as faith is for our spirits. Hope must be combined with faith for us to inherit God’s promises. Without faith, the things hoped for will never become reality.

Years ago I read a book about marriage healing. While containing many scriptures, there was nothing about using our faith. It led one to believe that just knowing scripture was all that was necessary.

However, just knowing that marriage is a covenant relationship does not mean our marriage will automatically be restored — we must stand in faith and believe God to heal it.

Chapter 11 of Hebrews gives Old Testament models of faith (Abraham, Joseph, Moses and many others): those who “subdued kingdoms, wrought righteousness, obtained promises, and stopped the mouths of lions.” They were “strong in faith. . . fully persuaded that what [God] had promised, he was able also to perform.” (Romans 4:20-21)

We are exhorted to live by faith also, and let this become our way of life because this pleases God. We are to use our faith for healing instead of sickness, provision instead of lack, freedom instead of bondage, and reconciliation instead of divorce.

The Word of God is the seed which grows into substance when we agree with it. We are to do as Mary, the mother of Jesus, when the angel appeared to her and decreed that she would become pregnant and carry the Son of God. She asked, “How shall this thing be, seeing I know not a man?” The angel replied that nothing is impossible with God and Mary responded, “Behold, the handmaiden of the Lord; be it unto me according to thy word.”

Mary came into agreement with the Word from God and, at that moment, the Holy Spirit came upon her and the power of the Highest overshadowed her and she became pregnant with our Savior. (Luke 1: 26 – 38)

We release our faith by agreeing with God’s Word. And just like Mary, we must speak forth that agreement for the healing of our marriage. As you meditate on scriptures and speak them out loud, instead of repeating all the negative things that are happening, your hope will become faith and substance.

I love the example of David in 1 Chronicles 14. David had been anointed king by the prophet Samuel when he was just a teenager and had known for years that someday he would rule over Israel. Yet, it hadn’t become reality. Look what happened in verse 2: “And David perceived that the Lord had confirmed him king over Israel, for his kingdom was lifted up high, because of his people Israel.” It finally dawned on him and, at that moment, being king ceased being something David had only hoped for; it became substance in his spirit. He could now see himself as king!

We must perceive and see ourselves walking in health, with the provision we need, being free from our past, and with our mate at home. These become realities as we dwell on God’s Word, read it, and meditate upon it. It will become a specific word for a specific situation.

A Deeper Healing - Suffering and Transformation
Dr. Tony Evans
Follow Us
Grow Daily with Unlimited Content
Uninterrupted Ad-Free Experience
Watch a Christian or Family Movie Every Month for Free
Early and Exclusive Access to Christian Resources
Feel the Heart of Worship with Weekly Worship Radio
Become a Member
No Thanks