Be an Ambassador of Heaven! 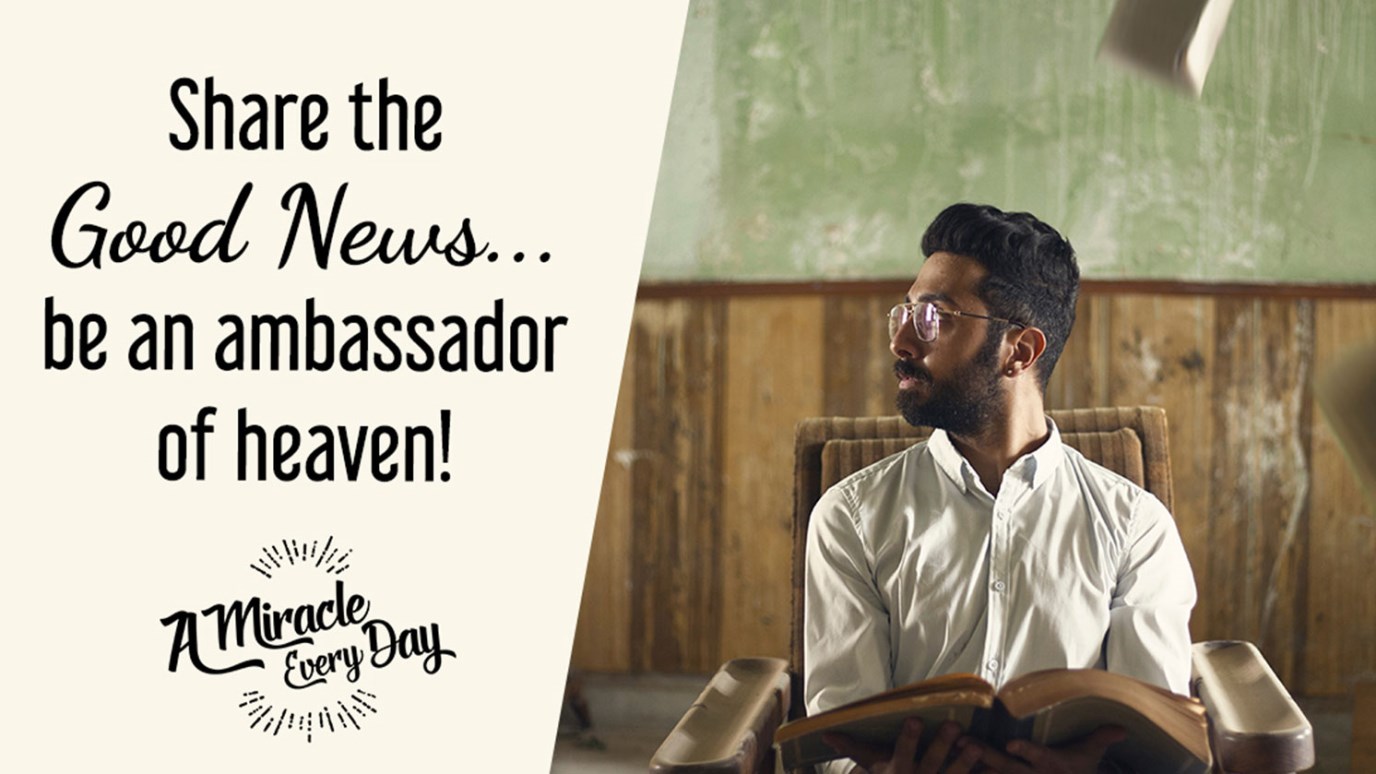 Share the Good News of the Kingdom with those who don’t yet know Jesus. Just like this African man did with Hakim.

“Share the Good News of Jesus Christ ... be an ambassador of heaven!”

It should give us incredible joy to hear the testimonies of people whose lives have been transformed by God’s love. Here, we share some stories of miraculous conversions to Christianity from Islam. These testimonies are from the book A Wind in the House of Islam by David Garrison.

“As Muslims, Hakim and his fellow Muslims once believed Jesus was only a prophet for Israel. ‘If someone told us that Jesus was the Son of God,’ Hakim said, ‘that would be very hard for us to hear. The Qur’an says, ‘If you say that Jesus is God, you become kafir (pagan).’ So if someone said that Jesus was God, we would kill him. When I was a Muslim, I burned churches for Islam.’

‘I accepted the gospel because it came to me in my own way of understanding. At the time, I was the overseer of four mosques and was training 300 Islamic teachers. One day, a local African evangelist gave me an Injil (a New Testament) in Arabic. Before this happened, I thought that all Injils were corrupt and lost, but this was in Arabic. I believed Arabic to be the language of God, so it could not be corrupted.’

‘First, this evangelist shared with me a teaching that both Muslims and Christians share: that Jesus is coming again, and those who do not believe in him, he will destroy with his breath. This was the same teaching as the Qur’an teaches, so I was confused. I prayed to Allah, ‘You know my heart. If there’s something I must do, show me.’”

That night, Isa (Jesus) appeared to him in a dream. Hakim gave his life to Christ, and through his influence, more than 300 sheikhs (those considered wise because of their superior knowledge of Islam) accepted the Lord and were baptized!

What a celebration heaven must have had ... what joy for Hakim!