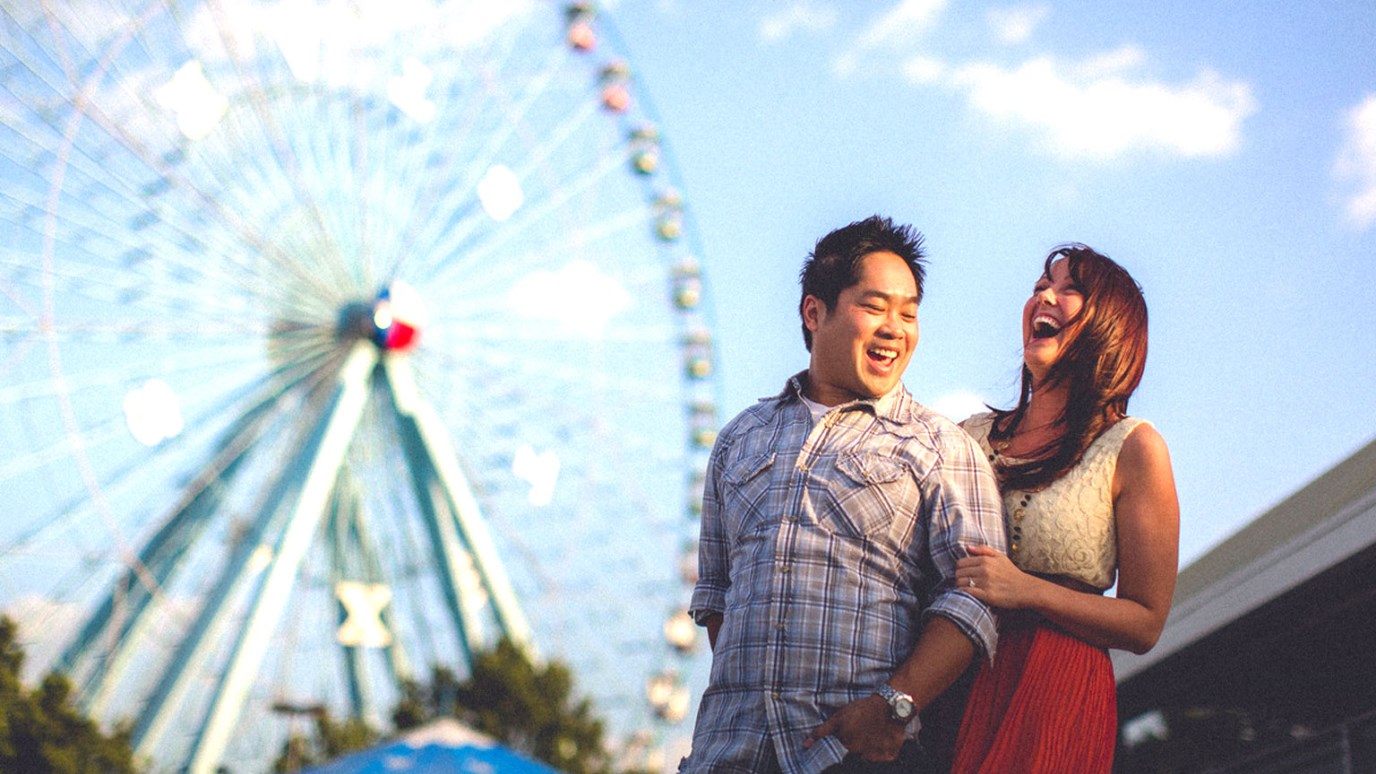 When it comes to marriage, you truly get what you give. We get so much more when we give our spouses our all and decide that we are going to be all in no matter what.

Man, our culture doesn't always make it easy to stay married, does it? One of the most bogus messages we hear about marriage is that husbands and wives should keep a little piece of themselves private. You know, like feelings you keep from your mate but share with some other friend.  Or a secret bank account where you keep a little stash on the side “just in case.”

But the highly happy couples I surveyed and interviewed weren't buying it. They threw everything into the ring – their hearts, their wallets, and especially their hopes –risking everything and deciding to believe that it would pay off.  Many of these couples had moved from being very troubled in their marriage to very happy… and this particular secret was one of the most important reasons why.  They literally removed the word “divorce” from their vocabularies.

Sure, it felt like a risk, but it turned out that the actions they had been taking to “protect themselves” actually created the very problems they were trying to protect themselves against!

One husband who had come very close to divorce told me, “Everything changed when we decided to lock ourselves in this marriage and throw away the key. Even if only one person decides to change the commitment level at first, It is amazing how much things change when you stop saying the ‘D-word’ and instead decide that as much as it depends on you, you truly are in it until death do you part.  My wife started to refuse to listen when I would throw out the D-word… and pretty soon it was catching.”

He continued, “We decided that since there was no eject seat, we had to work this out.  We had no other choice. It took a few years, but we are so happy today.  We love being married. I wish everyone would realize the power of true commitment.”

When it comes to marriage, you truly get what you give. We get so much more when we give our spouses our all and decide that we are going to be all in no matter what.

Checking Your Expectations at the Door
Gary and Barb Rosberg

Moving Forward through the Messiness of Family Matters
Ronnie Floyd