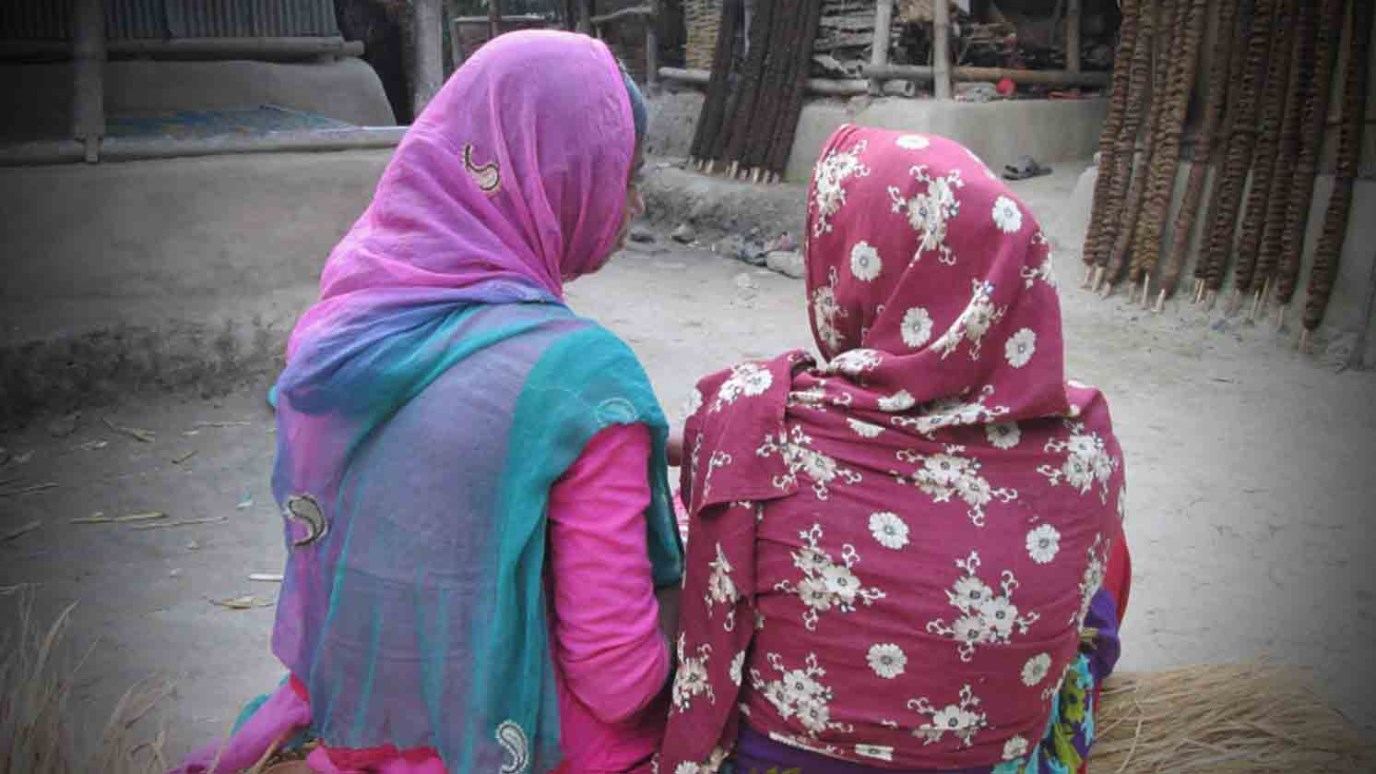 Young Ruptola* and her friend Jori* lost hope of ever seeing their families again after being trafficked from a remote village of Narail in the border area of Bangladesh to a brothel in Delhi, India.

Ruptola and Jori saw their parents struggling to provide for their families. Ruptola’s cousin, Farida, promised the girls jobs in the country’s capital, Dhaka. The 14-year-old girls jumped at the chance to help their families. Without telling their parents, they got on a bus with Farida.

But soon, Ruptola noticed that the signs were in a different language.

Instead of Dhaka, Farida had taken the girls to a red light district in India, where they were locked in a warehouse for several days. There, they were beaten, starved, and humiliated into submission. When Ruptola questioned Farida about the jobs she had promised them, Farida beat her more and sold her as a sex worker.

Worried when her daughter didn’t come home, Ruptola’s mother remembered seeing her daughter talking to Farida the day before the three disappeared, so she went and confronted Farida’s relatives. They weren’t able to reach Ruptola, so they contacted a local anti-trafficking committee, which is supported by World Vision.

A committee member spelled out the consequences of trafficking and gave Farida’s family 24 hours to reach their daughter and return the girls. Farida left Ruptola and Jori at the border, and from there the girls traveled home.

Globally, millions of children are trafficked each year, and many never return home. Thankfully, Ruptola and Jori were saved, but they had suffered terrible abuse and came home viewed with a stigma by their community. World Vision provided them with counseling to help them heal from what they had experienced. At the same time, they helped them prepare to return to school. World Vision also helped the families earn more income to reduce overall stress about money matters.

Since coming home, Ruptola has showed great courage in defying the stigma people want to assign her and speaking out so she can help others understand the dangers. The government even awarded her a prestigious national prize for survivors who have the strength to forge ahead.

“Today, I have the freedom to be what I want to be,” she says. “World Vision has helped me lead a good life and be educated to give me a bright future.”

Join us in praying Psalm 59:2 over children in desperate need of protection from trafficking:

"Deliver me from evildoers and save me from those who are after my blood."

Sovereign Lord, we thank You for delivering Ruptola and Jori. Strengthen them as they continue to recover. Give them the words to help others not to fall into the hands of traffickers.