Baby Will Fall Asleep If You Let Go 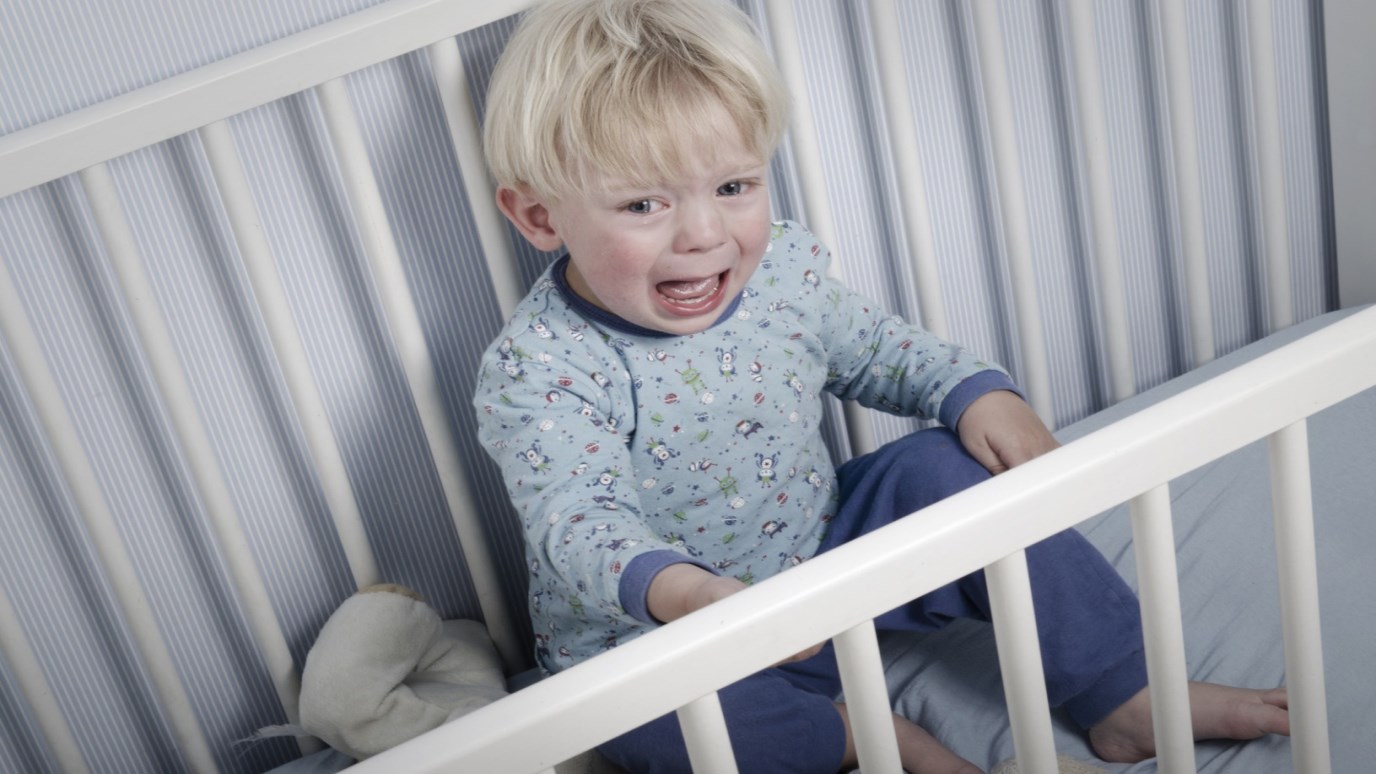 What are some practical ways to handle stubborn children?

Q. My 13-month-old has become used to napping while I hold her, which I started when she was a small baby during a horrible bout of teething. Now she will not sleep on her own during the day. She wakes at the sensation of being placed in her crib and begins screaming. Once the screaming starts, I've not been able to get her to nap at all. Also, I think her nighttime sleep has started suffering because of this. At six months, she slept well through the night and would only wake briefly once or twice to breast-feed. Now she wakes several times or more and I end up breast-feeding her back to sleep just to get some peace. How can I help her learn to soothe herself during the day, and will that make a difference at night?

As you've learned the hard way, infants who are held and rocked to sleep, or whose parents lie down with them to get them to sleep, fail to learn to self-comfort, and the devil eventually must be paid.

You're going to have to bite the bullet, put her down for a nap at the same time every day, and let her slowly and painfully learn to put herself to sleep. While she is crying, go in every five minutes or so to simply reassure her that you are still there. Do not, however, pick her up or linger longer than 30 seconds. Just make an appearance, then leave, and repeat until she's asleep.

However, if she's not asleep by the time a normal nap would end, pick her up and wait until bedtime. I can also tell you that the earlier, within limits, that you put her to bed, the better, whether she takes a nap or not. I'd recommend 7, certainly no later than 7:30.

This is going to take at least a week or two. Hang in there.

From the Great Ideas Department: A veteran teacher writes that she had a 6-year-old male student who spit constantly during recess. (I wonder from whom this child learned that men demonstrate their virility by spitting?)

After reminding him several times that spitting was inappropriate, she took a page from Grandma's playbook. She showed him to a small dirt hill away from the playground, told him it was his very own special "spitting spot" and that he was to spend the entire recess spitting to his heart's content.

She writes: "I gave the class an extra-long recess that day and occasionally reminded him to keep on spitting and having fun. At one point he looked like he was trying to draw saliva up from his toes.

I told him I was happy he'd been able to spend recess doing what he loved the most, and that he could use his special spitting place any time he wanted. I never saw him spit during recess again."

The Importance of Agreement
Beth Jones