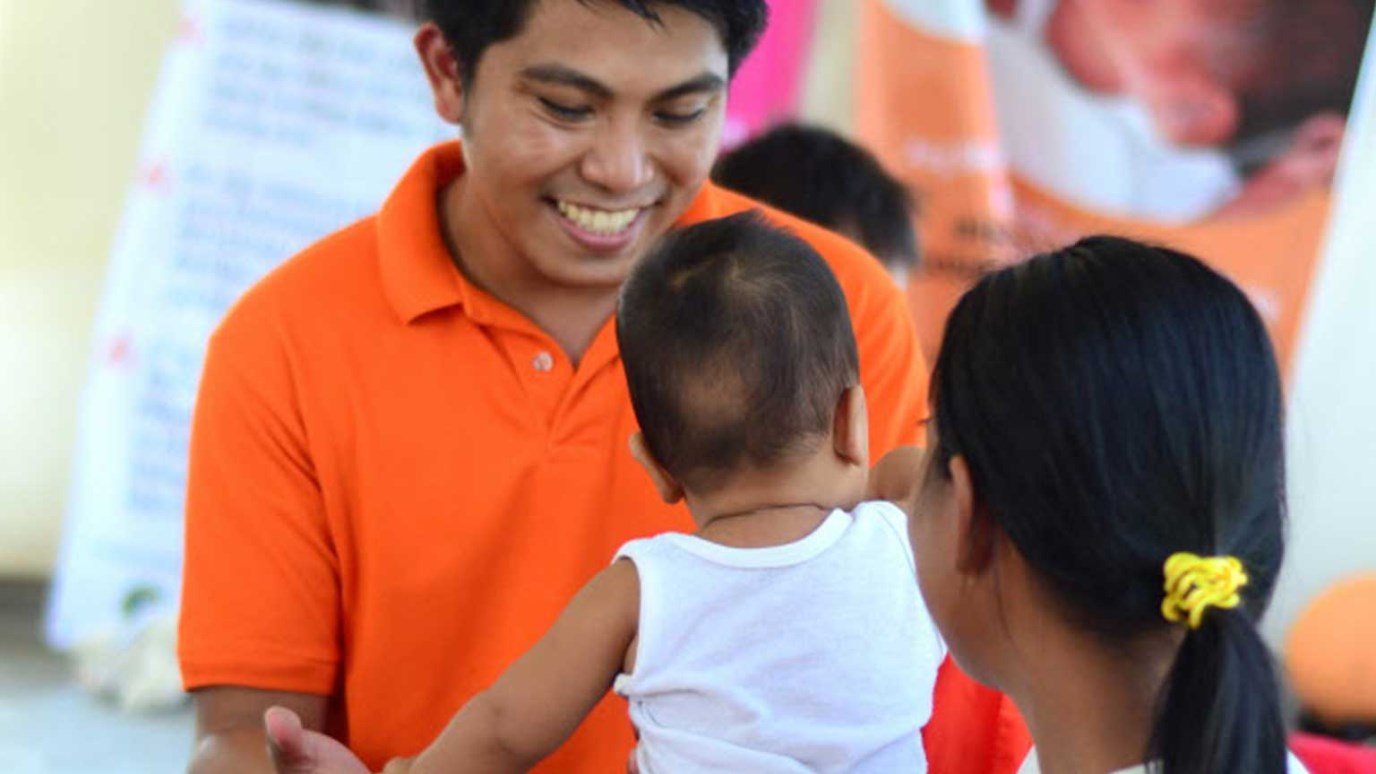 Feral Quitlong, health and nutrition facilitator for World Vision, worked with mothers and children to see that they had proper nutrition after Typhoon Haiyan hit the Philippines.

Feral was a nurse on duty at a hospital in Tacloban City when the super typhoon made landfall in November 2013. A storm surge came gushing through the hospital, so staff carried patients up to the second floor to safety.

Soon people who had been hit by flying debris flocked to the hospital. Feral stayed on duty for 32 hours more, then borrowed a motorcycle so he could drive through the devastated city to find out if his family was alive. They were; he was immensely relieved.

“Later in November, I became part of the health and nutrition team of World Vision Haiyan emergency response,” he says.

The team put up tents where mothers and children who survived the typhoon could gather.

“From then on, I devoted most of my time to these women through the Women and Young Children Space,” he says.

The Women and Young Children Spaces are for women who are pregnant or breastfeeding, and for mothers with children under five. They meet daily for assistance to feed and care for their children, and have access to health care, hygiene, caring and psychosocial support.

“I am proud of the women and moms overcoming the hardship after the storm,” says Feral. “Haiyan is one of the biggest challenges in our lives and I’m glad that little by little, these women are able to make it through.”

Back to School
World Vision

Thanks and Praise
World Vision