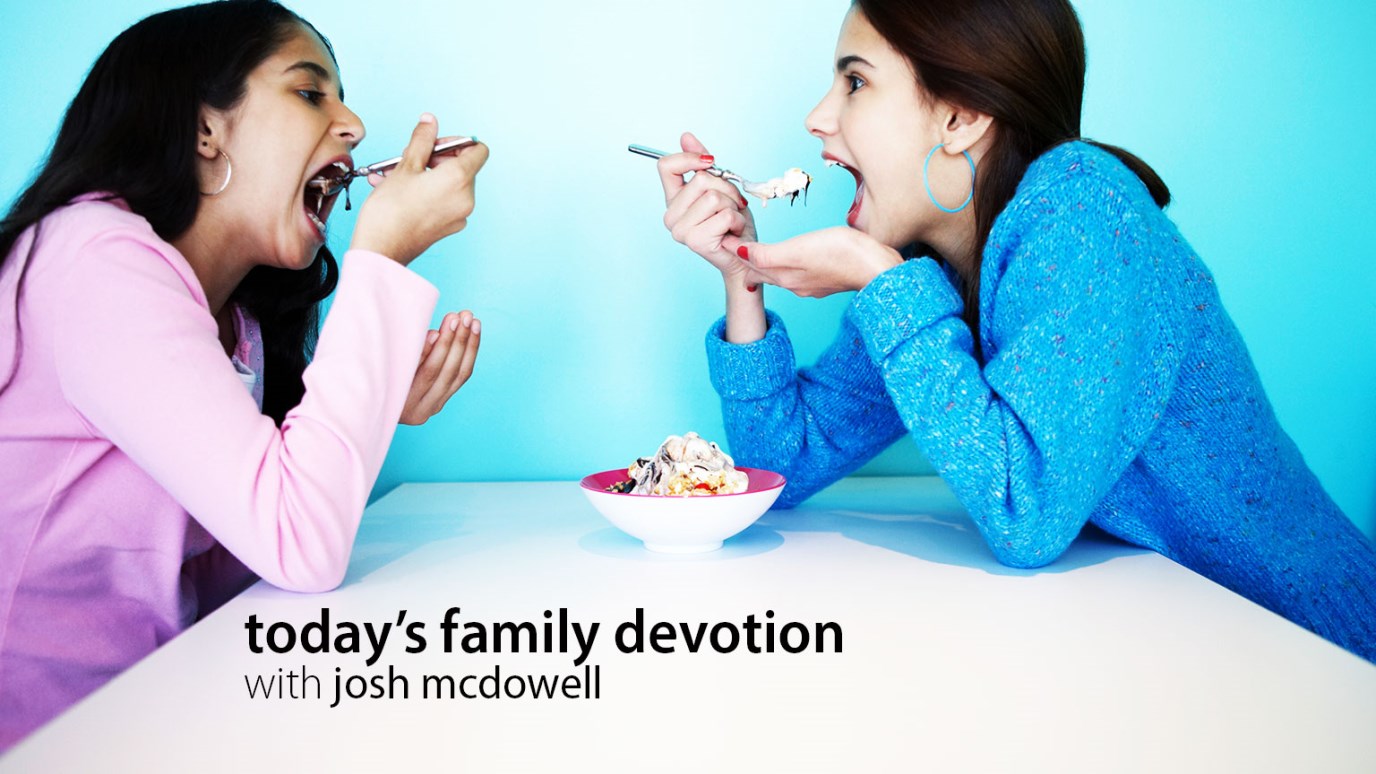 Those who are generous invite the generosity of others.

Verse of the Day: “The generous prosper and are satisfied; those who refresh others will themselves be refreshed” (Proverbs 11:25).

They watched the game for a few innings, then strolled down to the ice-cream stand a couple of blocks away. Each girl placed her order, and Audrey stepped to the window to pay.

“You’re not paying for all that,” Shawna protested.

“Sure I am,” Audrey said. “You guys are keeping me company during Jason’s game.”

“But you paid for me the last time we went out together,” Shawna said. “No, I didn't,” Audrey said. “Remember, you bought me that soft pretzel at the skating rink?”

“Yeah, but you bought me a soda at school yesterday, remember?” “You two are ridiculous!” Lynn shouted. “I can’t believe you’re arguing about who gets to pay!”

“Oh, no, you don’t!” Shawna said. Her face got serious. “Come on, Audrey, I really want to pay. I feel like you’re always paying for me.”

“You guys are embarrassing!” Lynn shouted in frustration.

“OK,” Audrey said. “To make it fair, let’s have Lynn flip the coin.” She pointed to a section of pavement a few feet away from the service window. “You call it while it’s in the air, Shawna.”

Shawna stepped next to Lynn, who flipped a nickel in the air. Shawna called “heads,” and watched the coin hit the pavement and roll around until it settled a few moments later. It was “heads.”

“Hah!” Shawna shouted in victory. “I pay!” She turned toward the window, where Audrey stood smiling. She held her friends’ ice-cream cones in her hands.

“I already paid,” she announced. “While you two were watching the coin.”

Lynn just shook her head. “I have the weirdest friends,” she said.

TO DISCUSS: Do you know kids who, like Audrey or Shawna, just love to be generous to their friends? Do you think they are usually rewarded or punished for their generosity?

TO PRAY: “God, whenever we’re tempted to act like generosity is a contest, or a game of ‘Can you top this?’, please keep us humble.”