At Home in School 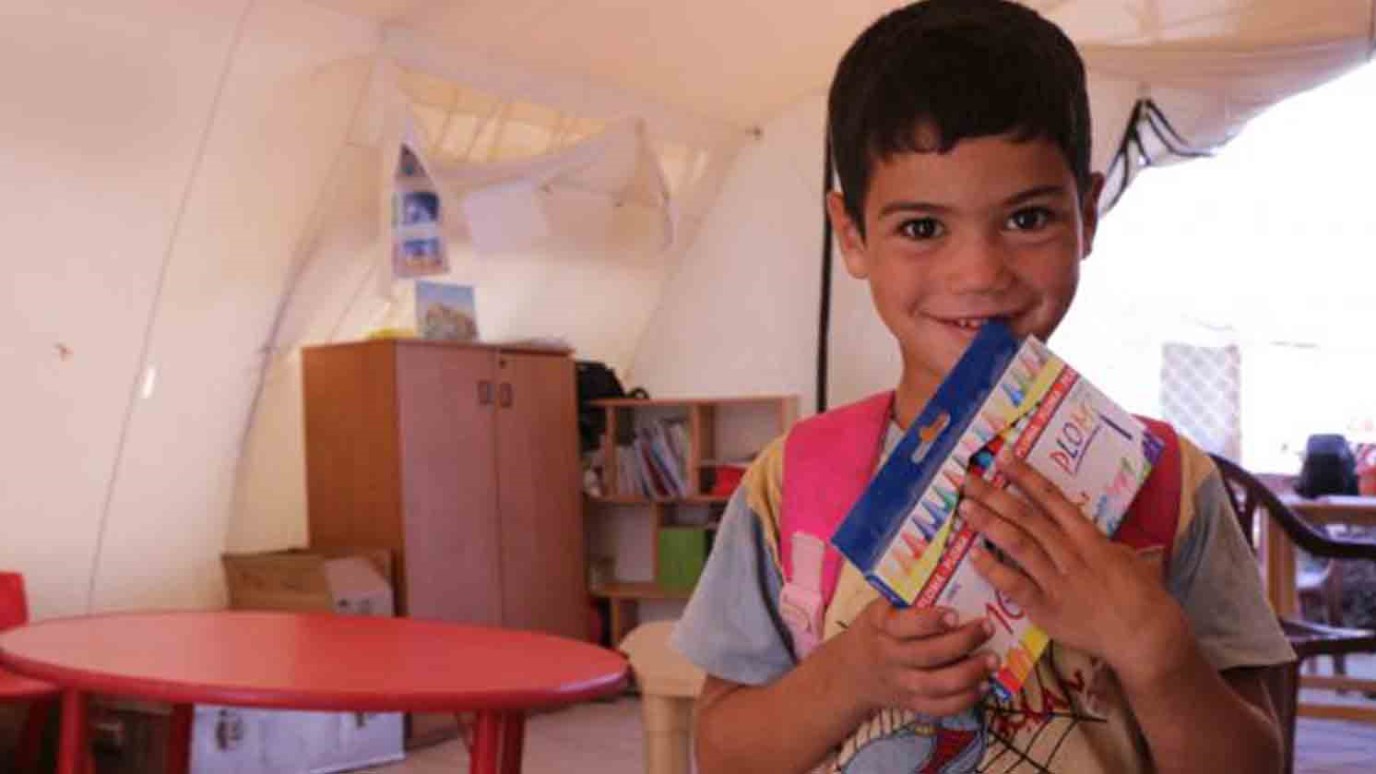 Kheir, 5, a Syrian refugee in Lebanon, used to pick up plastic and nylon on the streets and sell it; now he’s in school.

School is a haven for Kheir, where he can enjoy his childhood and escape the world’s unfairness.

“He’s the only one in the family who stands the chance of having a good future. All our hopes are pinned on Kheir,” says his mother Souraya, 37.

After Kheir’s parents divorced, father remarried and had children with his second wife. He no longer supports his children from his first marriage, especially after both families fled to Lebanon from Aleppo in 2011. None of Kheir’s older siblings had the chance to go to school, in Syria or in Lebanon.

Kheir’s mother was excited when she heard about World Vision’s “Early Children Education” program, which targets children from three to six years and is based on activities that develop children’s skills. Activities include learning the alphabet, sounds, colors, songs, numbers and other fun.

The classes are held in seven informal settlements in the Bekaa Valley. Souraya registered Kheir as his age was suitable. His older brothers had to continue gathering plastic from the areas surrounding the settlement so that the family could survive.

They often asked Kheir for his help in certain neighborhoods. “He begs me to go to school instead of work, just because he likes it more,” says Souraya. “The school is like a sanctuary to him and I encourage that.”

“I make US$7 on most days. I use it to buy bread and water for my family, but at school, I eat a lot more than at home,” Kheir says.

“It isn’t just about food,” Souraya adds. “Kheir stopped being violent with other children. He cares more about his personal hygiene and nothing makes him happier than getting good feedback from his teachers.” The best moment for him was receiving new coloring books and pencils. His shining eyes were a mirror of his eagerness to gain knowledge.

World Vision’s education programs offer an academic “home” over a period of four months for 748 Syrian refugee children. Kheir and many others are affected by child labor. Twenty of their 165 schoolmates at the center are forced to work, beg on the streets, or even steal. Nevertheless, with education, these children now stand the chance of experiencing a peaceful childhood and a promising future.