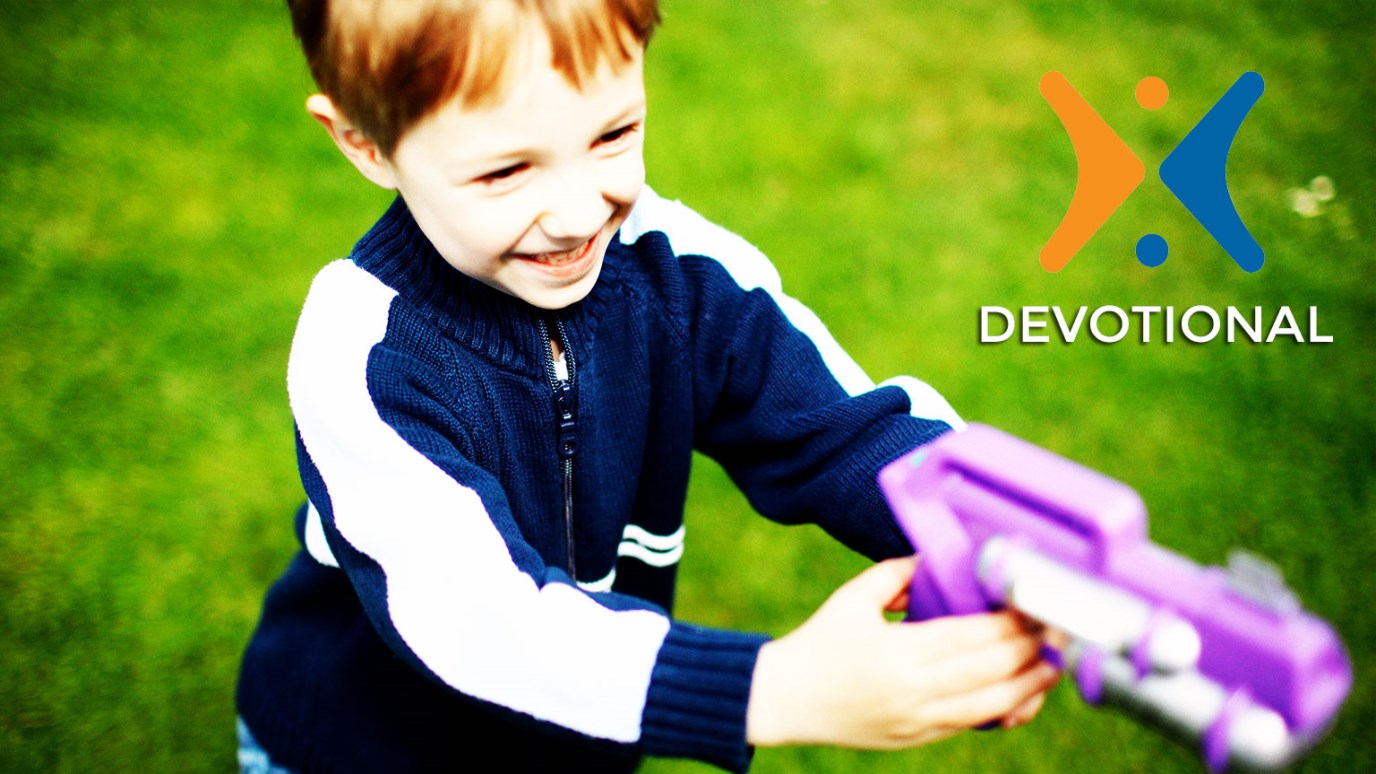 As Christians, we aren’t fighting FOR victory; we are fighting FROM it. There's a difference.

He canceled the record of the charges against us and took it away by nailing it to the cross. In this way, he disarmed the spiritual rulers and authorities. He shamed them publicly by his victory over them on the cross (Colossians 2:14-15, NLT).

When I was a kid, I was walking down the street one day with some little cap guns that looked like six shooters, complete with holsters. I was feeling pretty good as I made my way down the street, firing these things off. But then I encountered some kids on the corner who grabbed my guns, pushed me, and told me to go away.

I went home, crying. Then I found my brother, who was five years older than me, and I said, “Let’s go back there. I want to get those guns.” We went back to the same street, where I found the kids with my cap guns. Suddenly I had courage like never before. With my brother behind me, I successfully retrieved my cap guns.

Instead of facing the enemy in our own strength, instead of going out and trying to do this or that for God, we need to stay as close to Christ as possible. We can stand in Christ, and in His protection, because He dealt a decisive blow against Satan and his minions at the cross of Calvary.

So in spiritual battles, when temptation comes, we as Christians aren’t fighting for victory; we are fighting from it. In other words, we are resting in the work that Christ has done for us. Therefore, we should never want to stray from Him because if we are caught alone, we would be weak and vulnerable.

But thankfully, He is with us. The question is, are we with Him?

Psalm 119: Where Do You Look for Guidance?
Dennis Mock
Have you ever asked, "Why, God?"
Emily Manke
What I Wish I Would've Known Yesterday
Emily Manke
Follow Us
Grow Daily with Unlimited Content
Uninterrupted Ad-Free Experience
Watch a Christian or Family Movie Every Month for Free
Early and Exclusive Access to Christian Resources
Feel the Heart of Worship with Weekly Worship Radio
Become a Member
No Thanks