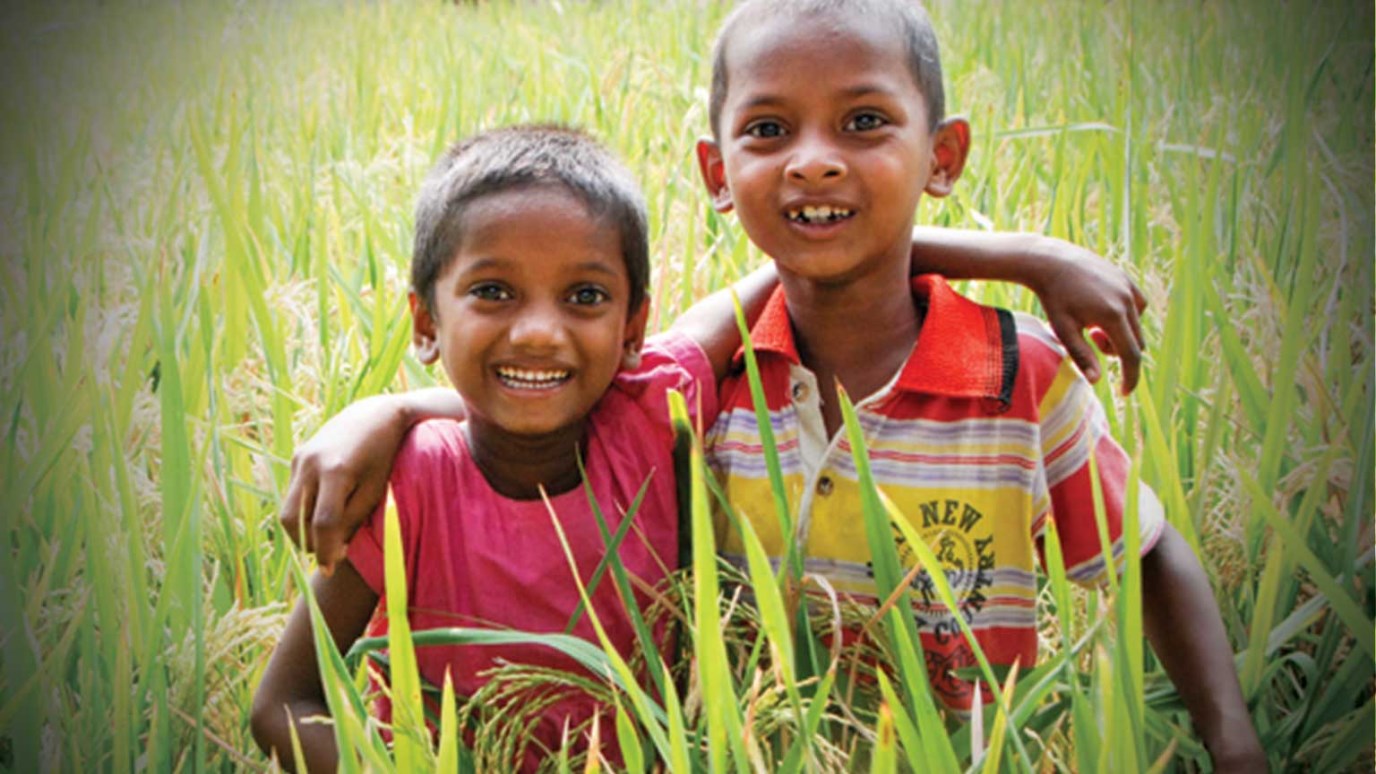 Nothing can take away Ashik’s smile!

Read how sponsorship has helped this family smile again!

There is nothing that can snatch Ashik’s smile from his face anymore. His smile endures from morning to night, from the playground to his school, and from the field to home. He no longer suffers from hunger now, and he enjoys the opportunity of going to school and playing with his friends.

This was quite unthinkable for their father, Anel, as his sons are the first three in their family to ever step foot in school. All of this has become possible from Anel's willingness to think differently and adapt to the new.

Anel is a member of the Mahali community, one of the indigenous groups living in the northern part of Bangladesh. Traditionally, this small ethnic group survives on day labor during the harvesting season, besides running their traditional family business of preparing Bamboo handicrafts to sell at the local market for the remaining six months. But their business is at high risk now.

"We have to buy the bamboo with high price so cannot sell at customer-friendly prices. So competing with the low-cost plastic products in the market, our traditional handicrafts are losing the demand," says Anel.

So during those unendurable six months, like other families of the Mahali community, Anel also struggled to manage two simple meals in a day. He could hardly feed his three children with rice for meals. So Ashik, along with all members of the family, remained hungry, frustrated, and vulnerable for the long six months.

“It so happened that the last dry season, we had to sacrifice one meal of the day for three or four days to save some money to pay the tuition fees of my elder son. I was afraid of how to manage his fees. It's God’s grace that He sent World Vision for my family, for whom my son has passed the examination with good results,” says Anel.

Their vulnerable situation was changed after Ashik was enrolled in World Vision’s sponsorship program. As a member of the Chatra Mahalipara Adebasi Handicraft Summit, Anel received handicrafts training and support from World Vision.

Besides his daily labor at harvesting season, especially when there is no work outside, Anel prepares bamboo products for sale at market. By selling those products, he earned 3,000TK [US$39]. He paid 2,000TK from it for Biplob's registration fees and invested 1,000TK to buy bamboo again. Following this process, his income has increased.

Anel also attended capacity-building training from World Vision, where he came to learn about building social leadership, well management, and home-street gardening, and attended many sessions on health issues.

Anel says, "I feel proud now as I can make my family decisions wisely. And I am happy that I can share my opinion in the meeting and my community people also count my advice, after all they started to respect me."

Anel does not need to sit at home jobless for six long months like before. The vegetables from his home-street gardening can provide his children with enough nutrition at meals. Anel believes that he will be able to make his sons highly educated and that one day they will become important officers.

As the elder son of the family, Biplob helps his father in the field besides his study. He dreams to be a lecturer of History, as it is his favorite subject. He is well aware of his dignity as he says, "I want my community people to enjoy all rights as a Bangladeshi citizen deserves. We are still unaccepted, neglected by the local Bangali community in some extent. So my thought is to make a respectable place for my Mahali community after being a teacher.” He adds, “At the same time, I will work hard to make my brothers educated."

Anel and Biplob are working hard to break down their level of poverty. They know that those days are not so far away now that World Vision is guiding them as a faithful friend to keep Ashik's smile everlasting.