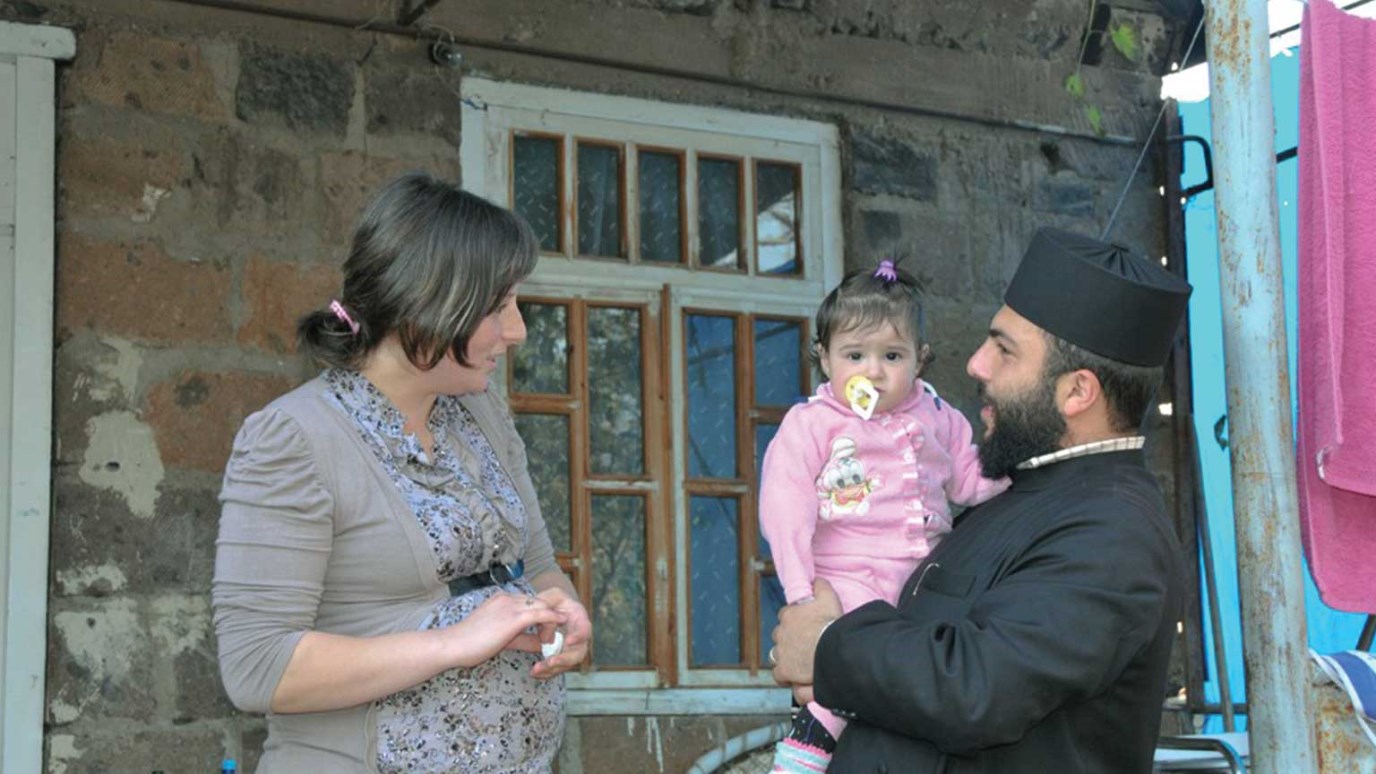 A mother fights the belief that a child with special needs is a burden or a curse in Armenia.

Emma and Argam were told their newborn daughter, Liana, had died because of a heart defect. It turned out to be a lie.

The baby girl was born without a wrist, but was otherwise healthy. When doctors noticed the condition and Argam’s parents found out, they arranged for the child to be put in an orphanage with the parents’ permission. They believed an “imperfect” child would be a curse on the family and should be abandoned.

Emma left the hospital without her baby.

“I was desperate. ‘I have lost my child,’” she remembers saying.

“The days would pass, [and] I couldn't even take care of my elder daughter. I couldn't understand why I had to undergo such suffering. Why was God punishing me?”

In anger and despair, Emma turned her back on God. She stopped praying and refused to go to church or talk to Father Merouzhan, the local pastor.

Father Merouzhan began to wonder if there was more to Emma’s story.

“I heard the villagers saying that the child was alive and the family was [hiding] something from Emma,” says Father Merouzhan. “That sounded strange to me, and I decided to clarify.”

When Emma’s extended family did not welcome Father Merouzhan’s good intentions, her suspicions were aroused. After talking to her husband, who was also unaware of his parents’ plot, Emma decided to start her own investigation.

She made secret visits to orphanages and met with community authorities and community members.

“From the very beginning, it was clear that my child was alive,” she says. “But nobody knew where my girl was. Father Merouzhan helped me a lot. He encouraged me to never give up.”

Emma looked for Liana in orphanages that house children with mental or physical disabilities. Of the 800 children registered in orphanages in Armenia, more than 550 have physical imperfections.

After eight months, Emma discovered her daughter’s location. To her surprise, Liana was in an orphanage for children without special needs.

“My daughter was living within [an] hour’s distance from me, but the supervisor of the orphanage would not allow me to see her,” says Emma. “According to official documents, I had abandoned my child in the hospital.”

Emma wouldn’t give up. She asked God to show her the way.

With Father Merouzhan’s help, she and Argam reached out to the regional child protection unit. The director heard their story and wrote a letter giving them permission to see Liana.

“I was breathless, and we hurried to the orphanage,” says Emma. “My daughter was 8 months old, and it was the first time I was going to meet her.”

“When I entered the room, she was crying. I took her in my hands; she put her head on my breast and fell asleep. This was a miracle—a true miracle.”

That day, Argam and Emma applied to take their baby home.

They left the house of Argam’s parents, where they had been living. Thanks to the support of other villagers, World Vision staff, and Father Merouzhan, the family found a temporary house to live in.

Now a year old, “Liana is my blessing,” says Emma. “She brought happiness and joy to my family. I am thankful to God for every moment I spend with my child.”

“With this story God teaches a lesson not [only] to Emma, but to everyone in the neighborhood who would ever think that a child with special needs is a burden or a curse,” says Father Merouzhan. “Instead, it is a blessing, and Emma and Argam can surely tell why.”

Doctors say that Liana will need no special care until she is about 8 years old and can be fitted for a prosthetic appliance. A World Vision social worker helped Emma and Argam register her for a state disability allowance, which is a great support for the family. They also received help with clothes, shoes, and children’s furniture in their new household.

Emma and Argam decided not to file a complaint with the police; the joy that their daughter has brought into the family is a source of healing.