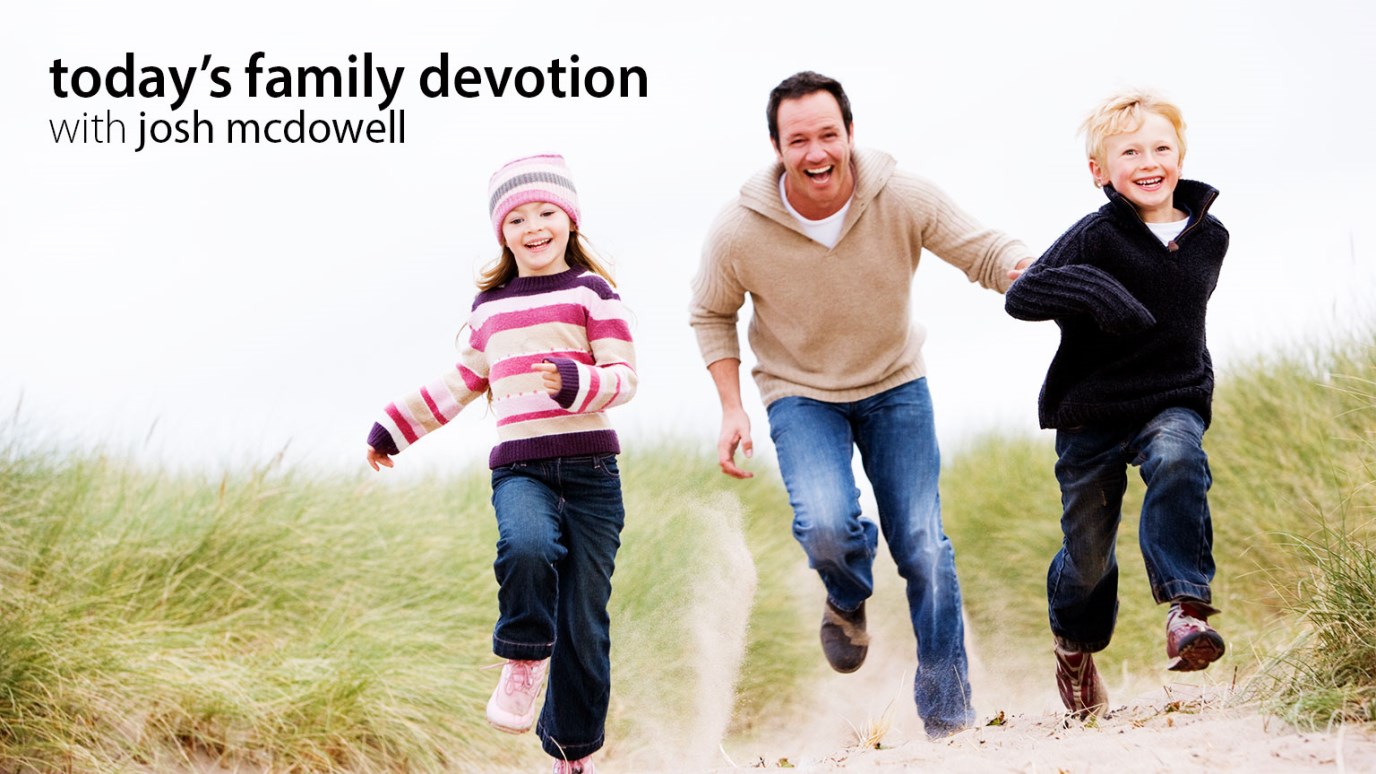 Verse of the Day: “Just as damaging as a mad man shooting a lethal weapon is someone who lies to a friend and then says, I was only joking’” (Proverbs 26:18-19).

“Daddy, look! A shooting star!” Carrie pointed to the sky as she walked beside her father on the way to the drugstore.

Dad craned his neck in the direction she pointed and saw nothing. When he turned back to Carrie, she was smiling.

“April fool!” she said with a giggle.

“Oh, you caught me,” he answered. “I should have known. You always squint your eyes when you’re not telling the truth.”

“I do?” Carrie asked, opening her eyes wide and looking worried.

“April fool!” Dad said, causing Carrie to start giggling again. He picked her up and swung her around in his arms.

“Daddy, why do we play ‘April Fool’?” Carrie asked when he set her back on her feet.

Dad cocked his head to one side. “I don’t know, Carrie. It’s just a custom, I guess. On April first, people try to fool each other. But I don’t know how it got started.”

They reached the end of the city block and waited for the “Walk” light.

The “Don’t Walk” light changed, but neither Carrie nor Dad noticed.

“You see, Carrie, God doesn’t mind us having fun. He likes it when we laugh and play. But he doesn’t want us to make an excuse for lying by saying, ‘Oh, it was just a joke,’ or ‘I was going to tell the truth later.’ He knows the difference between kidding and lying.”

“What is the difference, Daddy?”

Dad hesitated. “Kidding is meant to make a person smile or laugh. But lying is meant to deceive someone, to make that person believe something that isn’t true.”

Dad raised his eyebrows. Sometimes he was surprised at how wise his young daughter seemed. “You’re right. And that’s no lie!”

Carrie smiled and glanced at the walk light just as it changed to read, “Don’t Walk.”

TO PRAY: “Lord, help us to avoid deceiving others.”

One Plus One Equals One - A Family Devotional
Josh McDowell