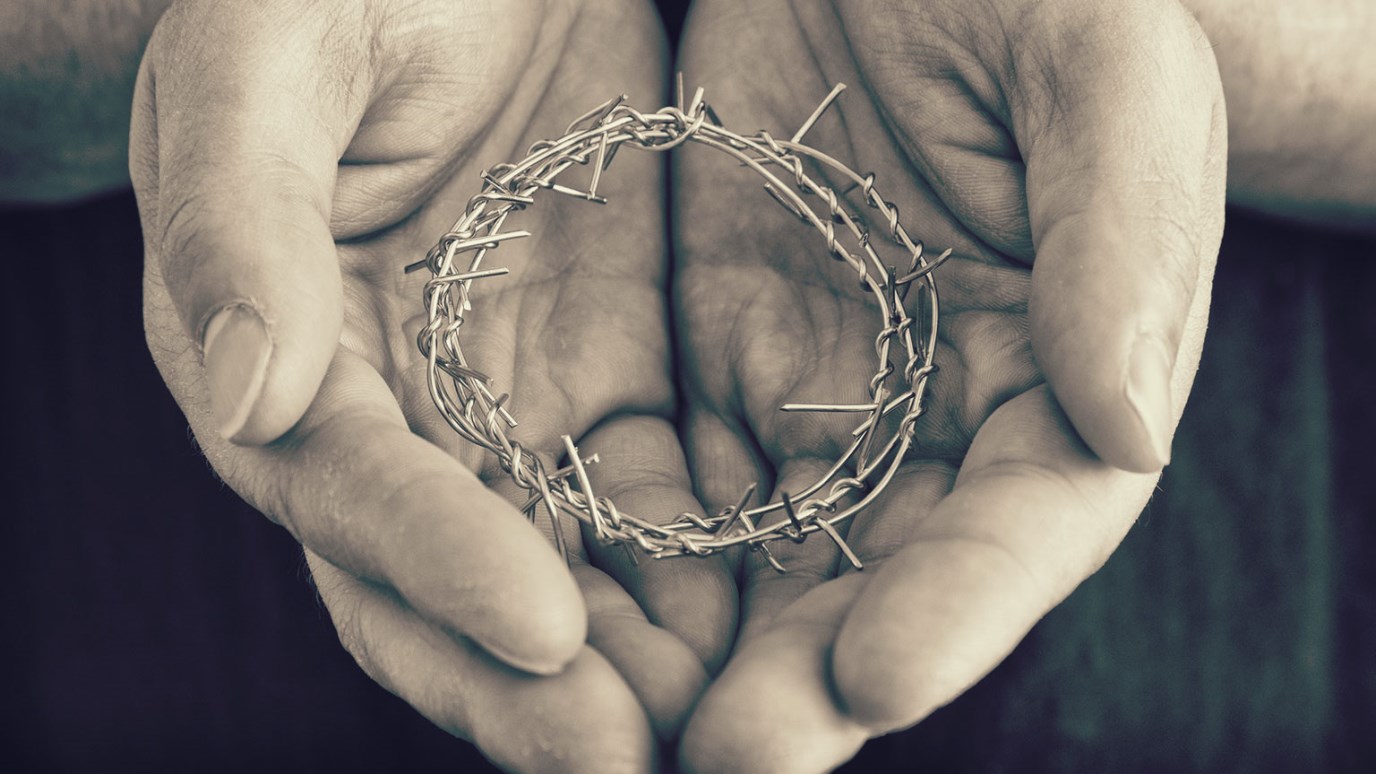 He allows us to get to that place of weakness and brokenness, so that the strength and the power of Christ (the Messiah) may rest upon us.

I'm sure you've all heard the following, "If God brings you to it, He'll bring you through it." I do understand that God allows us to go through things. But, even with knowing that God Himself may have allowed it and that He promises to bring me through it, I still have to be honest. I do not look forward to the process known as "going through." Nope. Not at all.

In 2 Cor. 12, we can read how Paul dealt with his own personal moment of going through. He was given his very own, what the bible called "thorn in the flesh." He was frustrated and wanted it gone. Paul cried out to God three different times literally begging Him to take away his "thorn." It was too much for him.

And, God did respond to Paul. Not in the way Paul was probably hoping He would however. Let's read God's response.

Have any of you ever found yourself at a place of frustration and hopelessness? Or, have you experienced a situation that caused you to feel absolutely powerless?

And you didn't understand why you were the one having to go through it?

Why were you the one chosen to experience this test or this trial?

And then you go to God about your situation. You go to Him about that which is tormenting and frustrating you and beg Him to do something about it.

"God, you have to do something. God, please!"

But, after you prayed and even pleaded, God's response was not want you thought it was going to be in your little mind. You finished begging and pleading and the pain was still there. You woke up the next morning with the same struggles in your marriage. Same situation on your job.

Have you ever been there?

God told Paul, "My grace is all you need." "My power works best in weakness."

When God responded to Paul, He didn't even address Paul's "thorn" directly.

He addressed Paul's weakness. See, Paul was dealing with something that, in and of himself, he could do nothing about. He felt weak and powerless.

We've all been there. Except we call them "all I can do is pray" moments.

When the Dr. says, "There's nothing else we can do," when you've gotten the pink slip, all of those are examples of "All I can do is pray” moments.

Even though those moments can be filled with uncertainty, something good actually takes place. What happens in an "all I can do is pray" moment is that you've come to the end of yourself. This situation is beyond and bigger than you.

And the awesome thing about moments like this is that when you've reached the end of yourself, that's exactly where God wants you to be.

When you've reached the place where you feel your hands are tied, and you can't, in and of yourself, change a situation, that's actually a good place. Because we are out of God's way. And that's where He wants us.

Paul felt weak, in comparison to this thorn. He didn't know what to do. So, he prayed. And God's response let Paul know that there was a bigger picture. God wanted Paul to experience His power even with the thorn.

Even when he felt weak, God wanted Him to know that great grace was available to him.

He told him, my grace is all you need. My power works best when you're weak.

He was saying to Paul, in my own words, "Stop letting this thorn consume you and be consumed with My power."

When our abilities end, God's abilities are unending. In that moment, Paul was consumed with his thorn. Consumed with what he was going through.

But, His Father was at work, even in this thorn, seeking to consume him with the power of the Holy Ghost.

God allows thorns. He allows us to get to that place of weakness and brokenness, so that the strength and the power of Christ (the Messiah) may rest upon us.

The thorns, the tests, the trials are not meant to kill you or to harm you in any way.

But they come so that the power of God will be perfected, made complete and fulfilled in you.

Father, even though this test doesn't feel good, help me to remember that it's for my good. And, that your overwhelming grace is with me and empowering me to overcome each day.

The Blessing of Brokenness
Micca Campbell