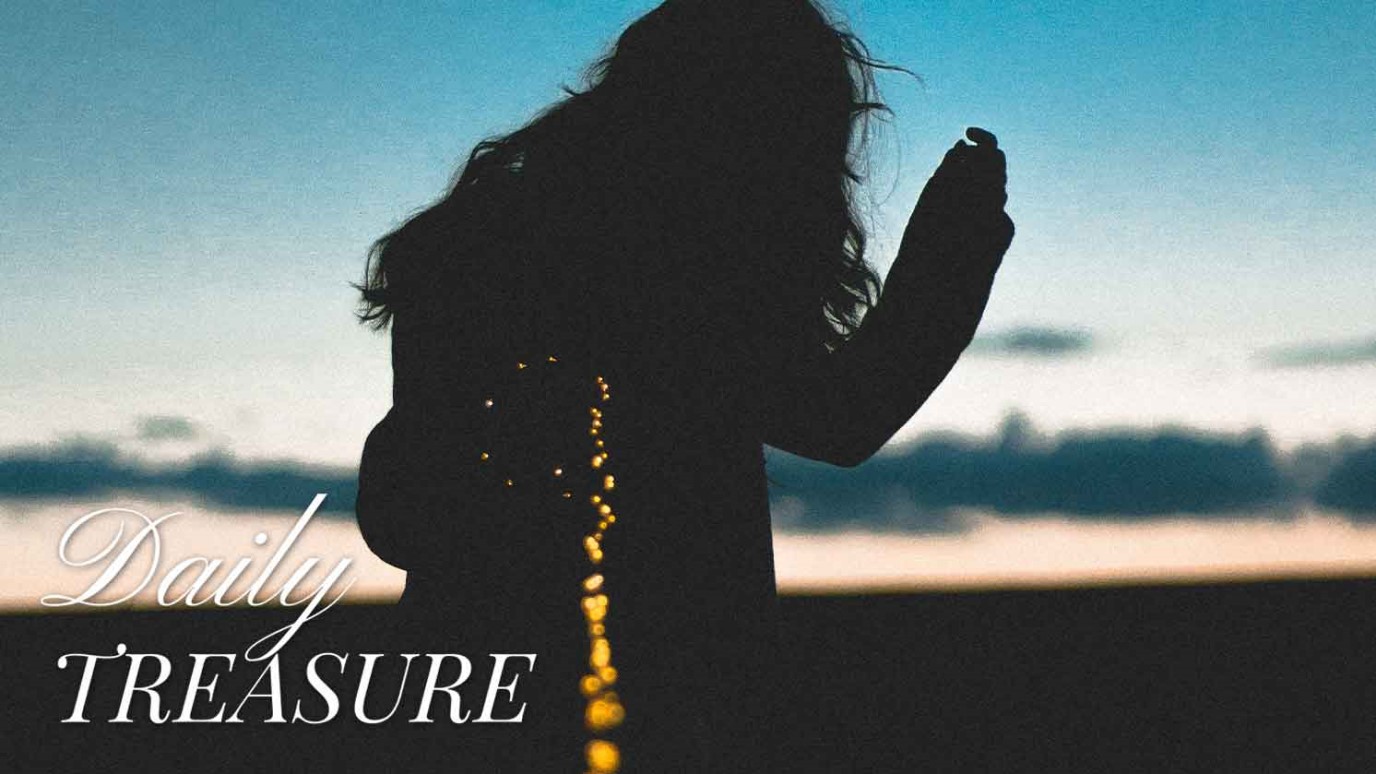 Take Anna along with you again this week; think about how she chose life rather than bitterness. Consider how Anna was a life-giver rather than a life-taker.

And there was a prophetess, Anna, the daughter of Phanuel, of the tribe of Asher. She was advanced in years, having lived with her husband seven years from when she was a virgin, and then as a widow until she was eighty-four. She did not depart from the temple, worshiping with fasting and prayer night and day. And coming up at that very hour she began to give thanks to God and to speak of Him to all who were waiting for the redemption of Jerusalem. (Luke 2:36-38 ESV)

Though Luke uses few words to describe Anna the Prophetess, each one gives us insights into her life and creates teaching moments that encourage us to ask the Lord to transform our hearts from life-taking to life-giving.

Before we leave Anna, we will take one more look at life-giving characteristics that reflect her love for her Heavenly Father and her surrender to His purposes. A young widow, Anna chose a life of worship and service rather than bitterness and inwardness. Anna experiences freedom in her relationship to her Father. She tasted of the goodness of her Lord and His goodness nourished her soul so that His love flowed over into every connection she made in the Temple. Anna was a life-giver.

Luke calls Anna a prophetess. We don’t know exactly what that meant for Anna, except she spent hours praying and fasting. Imagine her prayers: praying for those afflicted by sin, illness, corruption and pleading with God to send the promised Messiah. Imagine her welcoming new parents as they brought their children to the Temple for purification. Imagine her eagerly taking the baby in her arms and praying for God’s blessing on the child. Imagine the relief of new mothers as they watched her love on their babies. Some call Anna the first missionary because right after she recognizes Jesus as the promised Messiah, “she began to give thanks to God and to speak of Him to all who were waiting for the redemption of Jerusalem. Anna encouraged those who were also longing for the coming Messiah.

Take Anna along with you again this week; think about how she chose life rather than bitterness. Consider how Anna was a life-giver rather than a life-taker. Ask the Holy Spirit to open your eyes and heart to teaching moments from a woman further down the road in life, a woman who calls back to us, God is sovereign and we can trust Him.

As you prepare for church, thank God for the life-givers who encourage you to continue to walk by faith on the pathway God has marked out for you. Ask Him to show you someone who needs you to intentionally encourage them in their pilgrimage. View such life-giving actions as worship.

The Cost of Our Sin
Chuck F. Betters

The Spread of the Gospel in the Early Church
Chuck F. Betters

Suicide and Mental Illness: Jonathan's Story
Chuck F. Betters
Follow Us
Grow Daily with Unlimited Content
Uninterrupted Ad-Free Experience
Watch a Christian or Family Movie Every Month for Free
Early and Exclusive Access to Christian Resources
Feel the Heart of Worship with Weekly Worship Radio
Become a Member
No Thanks