Anis: A Young Farmer from Alor 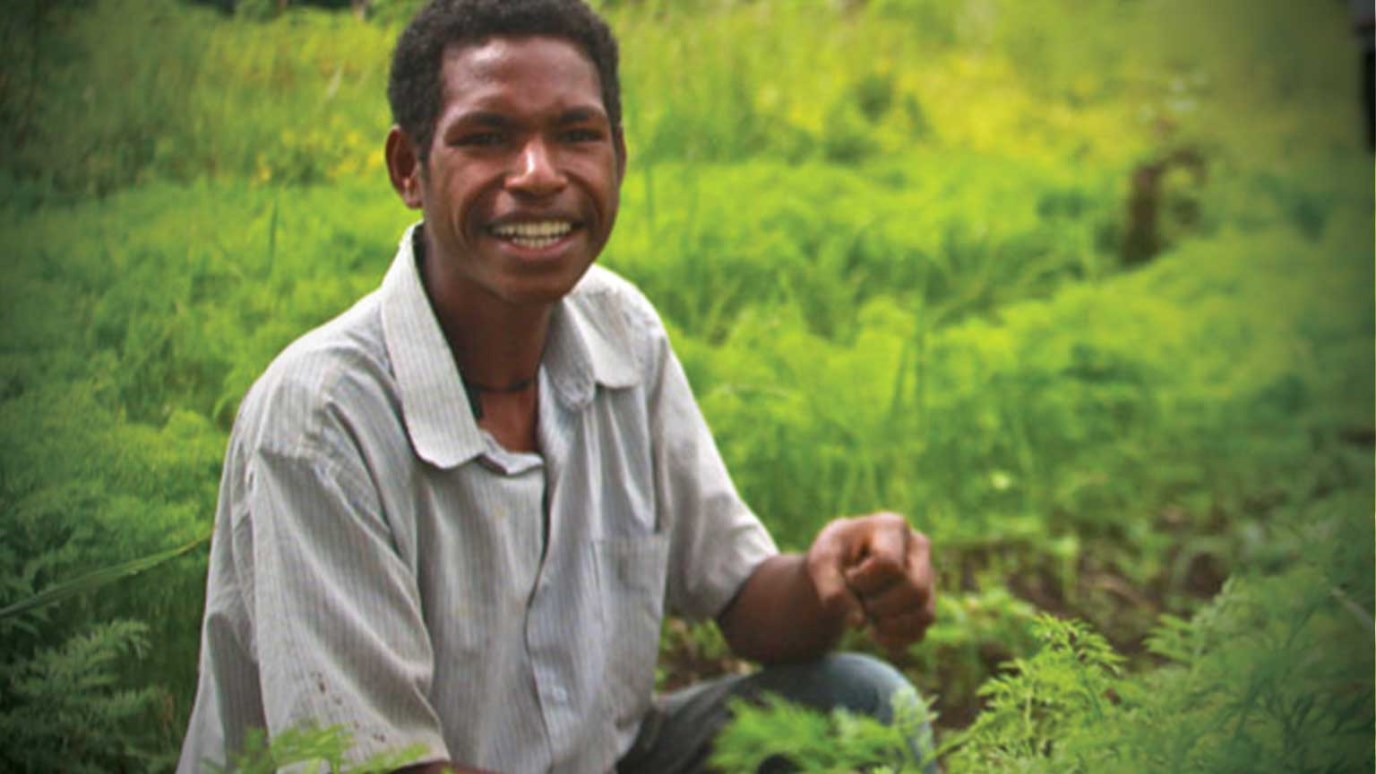 Yohanes, 17, usually called Anis, is a sponsored child from Alor, Indonesia, with a talent for gardening. His father left during his childhood, and his mother is visually impaired. Living through these troubles has made him resilient. He has a dream to become a farmer who is not only useful for his family but also for his community. Through World Vision’s support, Anis has been a sponsored child since he was in the second grade, and his family received roofing and piping for their home four years ago.

Child sponsorship is the cornerstone of World Vision’s approach to community development. Join us! Change a child’s life for good. Sponsoring a child helps provide long-term food security and other life-saving basics, as well as education and training programs. Consider sponsoring a child today!

Anis walks from door to door with his brother while carrying the cabbages from his garden on his shoulder.

Anis is not an ordinary trader. He is still young — 17 years old. But compared with professional farmers, his expertise in gardening is mature. He has a good understanding of tillage, seeding, and planting, as well as caring for the plants.

His gardening expertise comes with a good dose of willingness to learn and persistence. Anis’s expertise was sharpened by a tillage and cultivation training module, which World Vision facilitated about five months ago.

This module was actually designed for adults in his village who earn a living from farming. His mother, who is visually impaired, had been invited to join, but she was unable to attend. His father had deserted the family years earlier. Fortunately, Anis was able to go. He said that he learned a lot about gardening, and now he has applied it.

Do not be surprised that Anis is a budding entrepreneur as well. He has loaned out funds he earned from selling cabbages, and the guarantee is land for him to cultivate. In two years, the borrower promises him to pay back the money.

He usually plants carrots, batang hijau (green mustard), and cabbage. Now, he also plants cassava on the land near his house.

“I realize that the land is a precious heritage, so let me work on it,” he says with passion.

Anis is a “mountain boy.” His life is simple, and so are his dreams. He wants to be a farmer, but not an ordinary farmer. Though he is still a teenager, he has a vision to be a role model.

“My ideals are just two,” he says. “The first one is to be a person who understands his community; the second one is to be useful for my country, especially for my family. So, even though I am a farmer, I hope my friends can learn from me.”

Anis’ training and support from World Vision extends back further than the module training he went to a few months ago. World Vision helped install roofing and piping four years ago.

The piping project that World Vision facilitated is still in good condition, and Anis and his family still use it, particularly as a water source for his garden.

And his earliest memories are from when he became a sponsored child in second grade.

“When I entered elementary school, I met [World Vision staff], and I was registered as a sponsored child,” he says. “In second grade, I received clothes with orange color, a ruler, books, and pens. I still remember it.”

Now, Anis has also joined other World Vision’s programs, such as child forum meetings. An economic development program has been implemented in his village, supporting the dreams of other families in his community.

Through World Vision’s assistance, Anis feels supported and encouraged to achieve the best.

“For myself, I get motivation,” he says.

Make a World of Good: Do Something!
World Vision
Follow Us
Grow Daily with Unlimited Content
Uninterrupted Ad-Free Experience
Watch a Christian or Family Movie Every Month for Free
Early and Exclusive Access to Christian Resources
Feel the Heart of Worship with Weekly Worship Radio
Become a Member
No Thanks