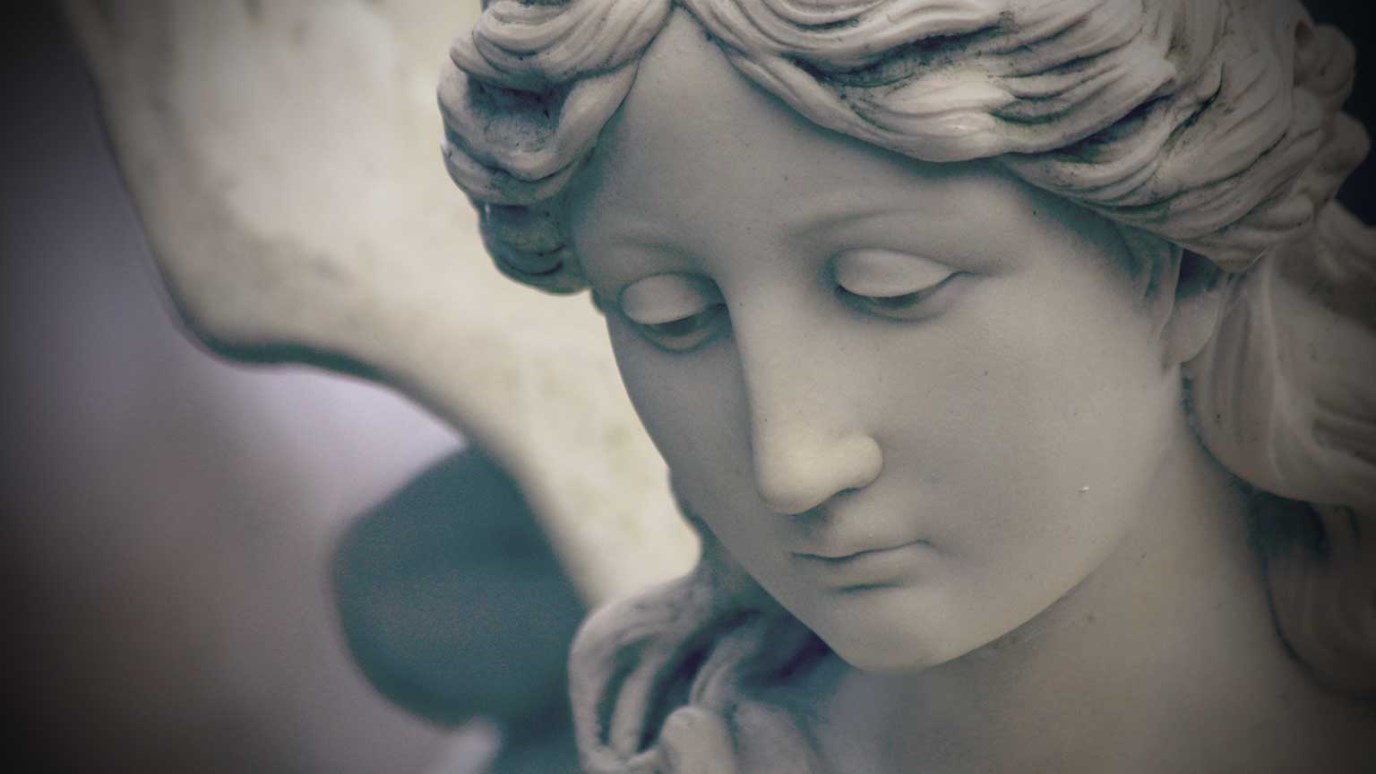 Angels are supernatural creatures that bring us God's messages from on high. Learn about the role angels play in Scripture and in our lives.

Angelos is the Greek word normally translated into English as “angel.” Basically, angelos means “one who brings a message,” and it often refers to human messengers as well as the heavenly host. The biblical authors’ use of angelos when recounting angelic appearances indicates that a chief task of these supernatural creatures is to bring a message from on high.

This angelic role is clear in our passage, which describes Gabriel’s visit to Zechariah and Mary to announce the births of John the Baptist and Jesus, respectively (Luke 1:5–38). Gabriel is a special emissary, privileged to stand in God’s presence and carry our Father’s word to His servants (v. 19). To receive a visit from an angel is a unique experience, and that explains Zechariah’s fear when Gabriel appeared (vv. 5–12). Contrary to what we might think, angels did not appear before the biblical saints on a regular basis; they only showed themselves to God’s people when they were needed to announce a specific advance in the Lord’s plan of salvation (for example, Gen. 18:1–15).

When Gabriel revealed himself to Zechariah, he commanded the priest to name his son “John” and to keep him away from strong drink (Luke 1:13–17). Significantly, to dictate what someone will be named is, in biblical categories, to take authority over him. Yet Gabriel did not claim possession of John for himself. He was speaking on behalf of God Almighty. As a mouthpiece for the Creator, Gabriel and the other angels are invested with God’s authority because they speak God’s commands.

Centuries before Gabriel was sent to Zechariah and Mary, Joshua met another heavenly messenger — “the commander of the army of the Lord” (Josh. 5:13–14a). Angels are not to be worshiped because they are sent from God and are not God Himself. But in this case, Joshua worships the commander (vv. 14b–15). Though angels are created beings, church tradition has seen in this episode an encounter between Joshua and a pre-incarnate manifestation of the Son of God since Joshua is not rebuked for praising the angel like others are rebuked for angel worship elsewhere (Rev. 22:8–9). Many scholars throughout church history have identified the “angel of the Lord” with Jesus Himself.

Interest in angels is at an all-time high in our culture, and many people long to have an encounter with them. However, while seeing an angel would be a remarkable event, even the angels themselves are far more concerned that we heed God’s messages to us than they are that we see them face to face. We have in Scripture a message from the Lord delivered through the angels (Heb. 2:1–4). It is that message we must trust and obey.