An Openhanded God - A Family Devotional 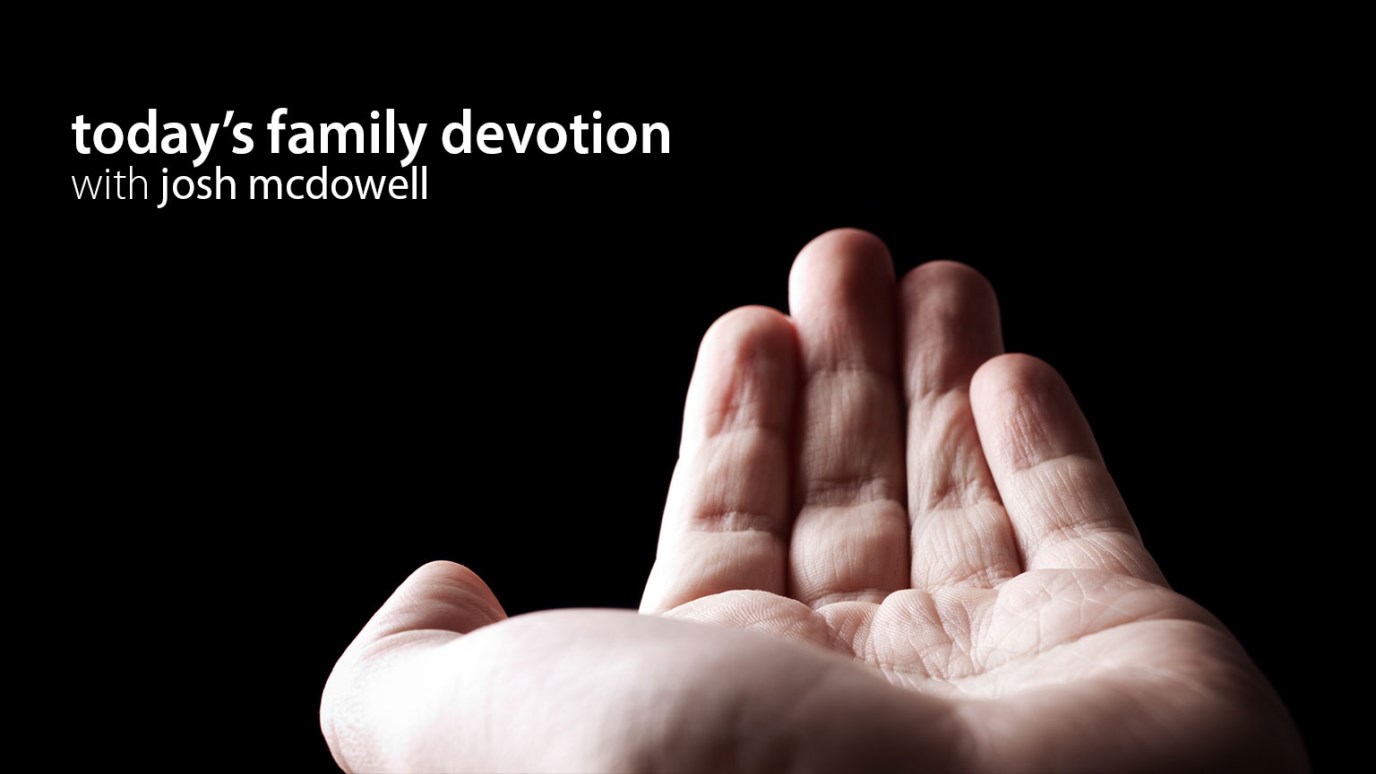 Over and over again, God tells us that He loves us and He just wants to do good to us.

Over and Over Again, He Tells Us That He Loves Us and He Just Wants to do Good to Us.

Verse of the Day: “You open your hand and satisfy the desires of every living thing” (Psalm 145:16, NIV).

“Come here, puppy,” Inez said. She wiggled a dog biscuit in front of the animal, which cowered in the bushes in the front yard. Inez had discovered the puppy that afternoon, curled in a semi-collapsed box that one of the neighbors had placed at the curb for garbage pickup. She had coaxed it out of the box and into her yard with a bowl of leftovers she had claimed from the refrigerator. But the puppy had ducked into the bushes by Inez’s front steps and would not come out.

Mom watched as Inez inched closer to the bushes. “Be careful,” Mom warned.

“Why?” Inez asked, without taking her eyes off the dog.

The words were barely out of Inez’s mouth when the puppy growled viciously and snapped the air near Inez’s hand. She jumped, dropping the biscuit in the dirt.

The puppy crept out from under the bush and quickly snapped up the biscuit. As he moved, Mom noticed that his coat was a mass of tangled and matted fur.

“I just want to help him,” Inez protested. “Why would he try to bite me?”

“He may be hurt,” Mom answered. “Or maybe his master didn’t take care of him properly.”

Mom nodded. She placed a hand on Inez’s back. “Now you know how God feels,” she said.

“Now you know how God feels,” Mom repeated, “when people reject him and turn away from his commandments. Over and over again, he tells us that he loves us and he just wants to do good to us. But we don’t listen, or we don’t believe him, or we forget.”

“So what do I do?” Inez asked. She nodded toward the puppy. “About him, I mean.” Mom shrugged. “What do you think?”

“I could try doing what God does with us,” she said. “I could just be patient and try to show him love. Think that’ll work?”

TO DISCUSS: How has God shown his “openhandedness” to you? How can you be “openhanded” like God?

TO PRAY: “Thank you. Lord, for the kindness you’ve always shown to us. Help us to never take you for granted.”

It Was Good - A Family Devotional
Josh McDowell