An Old Maid in Waiting 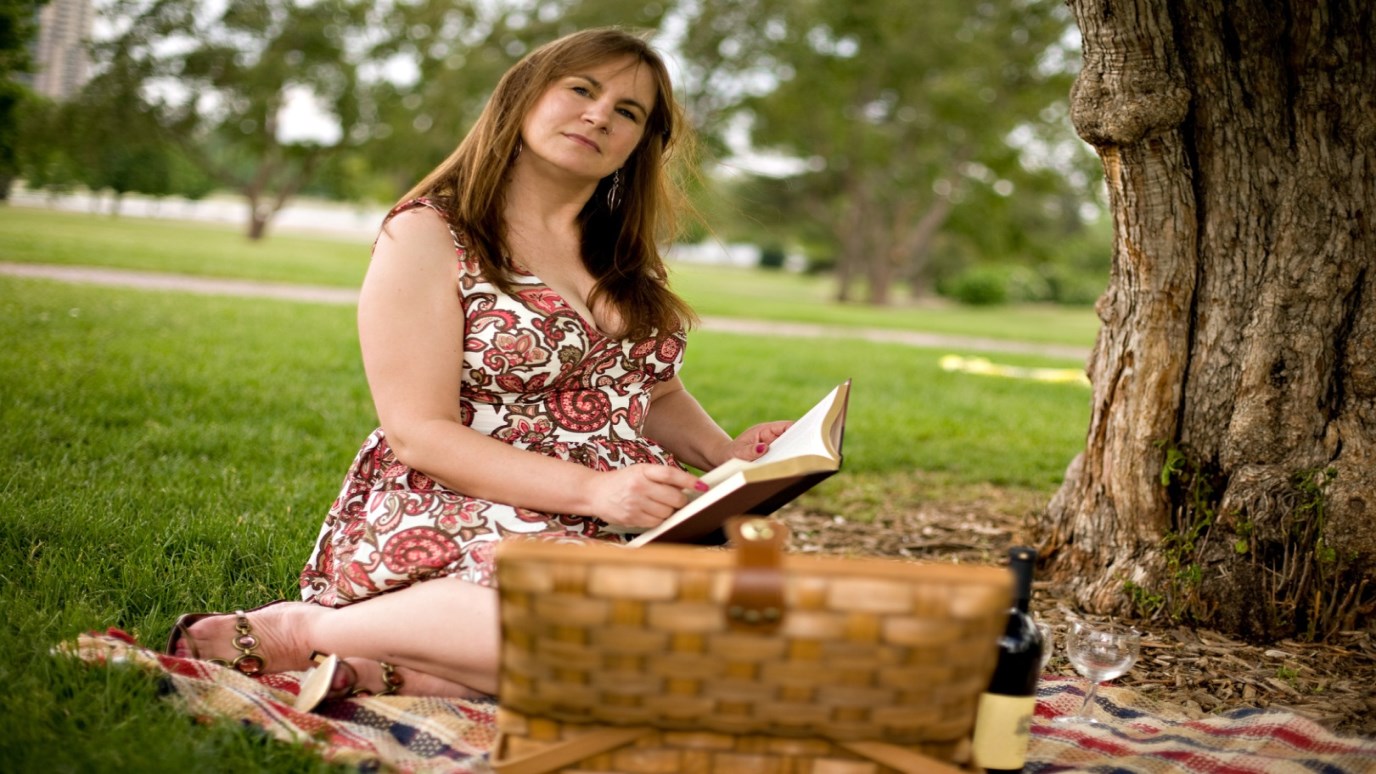 Just because God says no now does not mean He says no forever.

Since girls are always up for a good love story, I'd like to share how God kept me waiting a long time for the love of my life. Alarming as it may sound, I had to wait thirty-two years before dating my husband, Micah, who happened to be my first (and only) boyfriend. Yes, thirty-two years! Back in the day, I'd definitely be labeled an old maid or maybe even an "old, old, doomed maid."

Now I did go on a few "dates" before meeting Micah, but none were serious. The seemingly endless rejection was frustrating and hurtful. It painfully accused me of not being good enough or pretty enough to capture and keep the attention of a handsome, godly man. I thought I'd never find a guy who'd really like me let alone pursue, love, and keep me forever.

A Miracle Needed
The older I became, the more I experienced man's fickle, flirtatious, and uncommitted ways, and the more I wanted nothing to do with it. I knew a miraculous intervention was required if I were ever to get married. However, that is exactly where God wanted me—in need of a miracle and totally dependent on Him so that He would get all the glory when He did bring me a man. God also had to bring me to the point of believing that He did have someone for me, because for the longest time I did not even believe that.

However, this new faith did not come until I was thirty years old. No great guy came along and proposed that summer, but God spoke to me in a special way. The catalyst was another heartache. Once again, a cute guy had seemed interested in me only to turn around and show disinterest.

As I related my disappointment to a friend, she wisely responded, "Just because God says no now does not mean He says no forever." As she said this, the name "Hannah" from the Bible immediately came to mind. She was the one who longed and continually prayed for a baby until God finally gave her a baby boy named Samuel. Along with her life story, something amazing happened that night, which gave me hope.

The Lord Hears
You see, as I was reading in a book about God's name Jehovah-Sabaoth (Lord of Hosts), I discovered that the first person in Scripture who called on this name was none other than Hannah! It was after she called on this very name (which means "nothing is impossible for God" because He rules over all power) that she walked away with peace knowing God was going to give her a child.

And did you know that Samuel means "God heard"? I was so excited because I knew then and there that God heard my heart's cry. He not only brought Hannah to my mind that morning but also gave me her reason for faith that night.

From that day on, I knew like never before that God really did have someone for me. I had no idea who it would be or when he'd appear, but it didn't matter because my Jehovah-Sabaoth heard and was at work.

Much More Faith Required
Okay, so I thought I was good and fully covered by my faith for God to work in regard to a husband. During the following fall, however, I found out God wanted more. Through my Bible study, God led me to start praying daily for a husband in order to deepen, as well as demonstrate, my faith. Unbeknownst to me, a person's faith and prayer life are intricately linked together with each one helping the other grow. After all, "faith by itself, if it is not accompanied by action, is dead" (James 2:17).

To be quite honest though, I didn't like this new idea of praying daily for something I'd rather not think about all the time and that would get my hopes up. One October morning, the Lord showed me why faith wasn't enough. I had helped at a children's meeting and heard a story on none other than Hannah and her persevering prayer life. The theme verse was, "Be anxious for nothing, but in everything by prayer and supplication with thanksgiving let your requests be made known to God" (Phil. 4:6). Once again, I was amazed by the Lord's hand in bringing Hannah's story back into focus!

Over the next month, I diligently and earnestly prayed and also fasted from sweets/desserts (which I love) to show that I desperately desired God's long-term will and present, spiritual work more than my fleeting, physical desires. Even though it wasn't easy, I am so thankful that I obeyed the Lord, because my faith grew so much! God showed up like never before. Not only did He send me Scripture verses that I needed at just the right time, but He also brought three people to me in one week who all said they were praying for God to give me a husband (and none of them knew that I was praying as well)!

So what about you? Is there anything you're waiting for and perhaps worried about right now? Is your faith in God's goodness and provision struggling? First of all, find hope and courage from Hannah's story. Second, trust in Jehovah-Sabaoth's almighty power available to you as you seek and wait upon Him. Lastly, start praying earnestly so that God can start working on your behalf and increase your faith as He did mine.

"The LORD is my portion; therefore I will wait for him." The LORD is good to those whose hope is in him, to the one who seeks him; it is good to wait quietly for the salvation of the LORD (Lam. 3:24–26).