An Offering of (Disharmonious) Praise 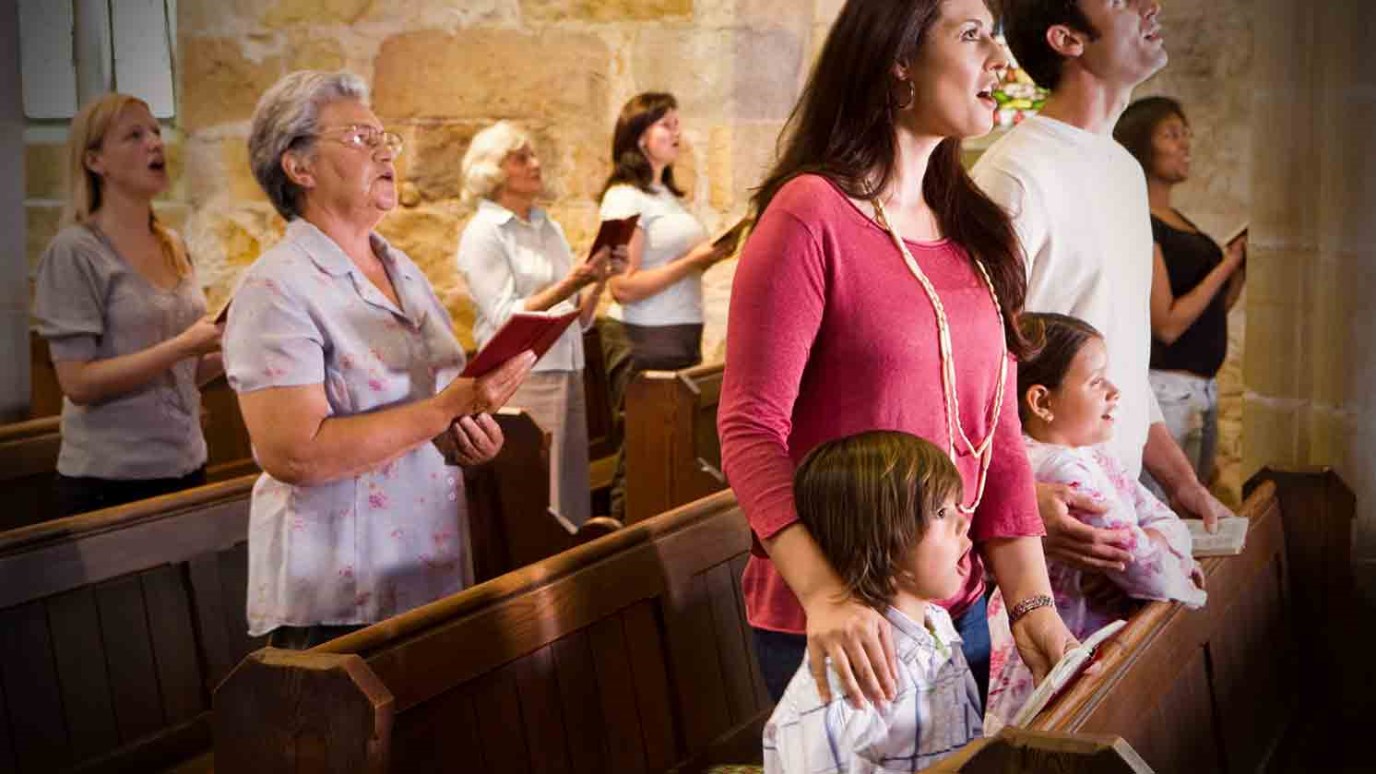 Worship music is one means of offering an outpouring of devotion to our Savior. So, if some churches use music that doesn’t fit our personal styles, that’s okay.

It causes battles of epic proportions in churches across the world—and the casualties are high. I’m not referring to theological debates on transubstantiation or divergent viewpoints on premillennial dispensationalism. I’m not even alluding to the perennial chairs vs. pews debate (though that one ranks somewhere in the top three.)

I’m talking about disputes over worship styles. Though many churches agree on fundamental biblical principles (love Jesus and love thy neighbor), their musical approach may fall anywhere along the “Worship Style Spectrum.”

On one end is the “Rock Show.” This style is all about multi-sensory experience.

My initiation this innovative church was startling. The building itself was not of the typical church/steeple/stained-glass-picture-of-Jesus-in-the-Garden-of-Gethsemane variety. Nope, this group met in a converted warehouse.

Feeling like Jonah being swallowed up by a gargantuan beast, I entered the main doors. I felt the vibrations as the entire building pulsated with the bass line. On stage, the band hopped and bopped to a rocked-out and hardly recognizable version of “In Christ Alone.” Multi-colored strobe lights flashed and smoke seeped out from dry ice machines. A mosh pit formed at the altar.

The drummer pulverized his kick pedal and the praise team led in an intricate clapping pattern. Beads of sweat already glistened on the worship leader’s forehead. This was only the welcome song.

I scanned the room for an open seat, which was difficult because the auditorium was illuminated like a London home during a Luftwaffe attack. I understood why: Light would impede the laser show on stage and throw off the overall aesthetics.

The song gained momentum; the drummer hammered harder and the distorted electric guitar wailed elaborate riffs. The crescendo inched toward 180 decibels (equivalent to an aircraft at takeoff).

I expected the pastor to rappel from the ceiling in a leather ensemble and white makeup at any moment. It took days for my ears to stop ringing.

At the other end of the Worship Spectrum is the traditional church. An aerial view of the congregation might be mistaken for a cotton field. One in particular stands out in my mind. The pews were three and half inches apart, so I had to fold into a rather unnatural knees-to-chest position to wedge myself into the tiny seat. It wasn’t easy – and I don’t even have arthritis.

A pipe organ reverberated throughout the sanctuary. I didn’t know the song, but I suspected it was originally composed as a shofar/lute duet. Possibly by King David.

Eventually, they progressed to a more contemporary selection: “A Mighty Fortress is Our God.”

And the special music was quite … well … special. The soloist spent the first several verses in a hunt for the right key. At last, and mercifully, he stumbled upon the correct octave. In his defense, he would have done much better had he replaced the batteries in his hearing aid. Listening in agony, I couldn’t help but appreciate verses about “quietly waiting for God’s salvation.”

After attending numerous church services over the years with music I found as melodious as the whirr of a dentist’s drill, I developed some negative feelings toward particular worship. What happened to music being a sweet, sweet sound?

But then I stopped to consider why we worship.

Hebrews 13:15 says, “Through Him then let us continually offer up a sacrifice of praise to God, that is the fruit of lips that acknowledge His name.”

Put simply, worship music is one means of offering an outpouring of devotion to our Savior. So, if some churches use music that doesn’t fit my personal style, that’s okay. Because it’s not about me anyway.