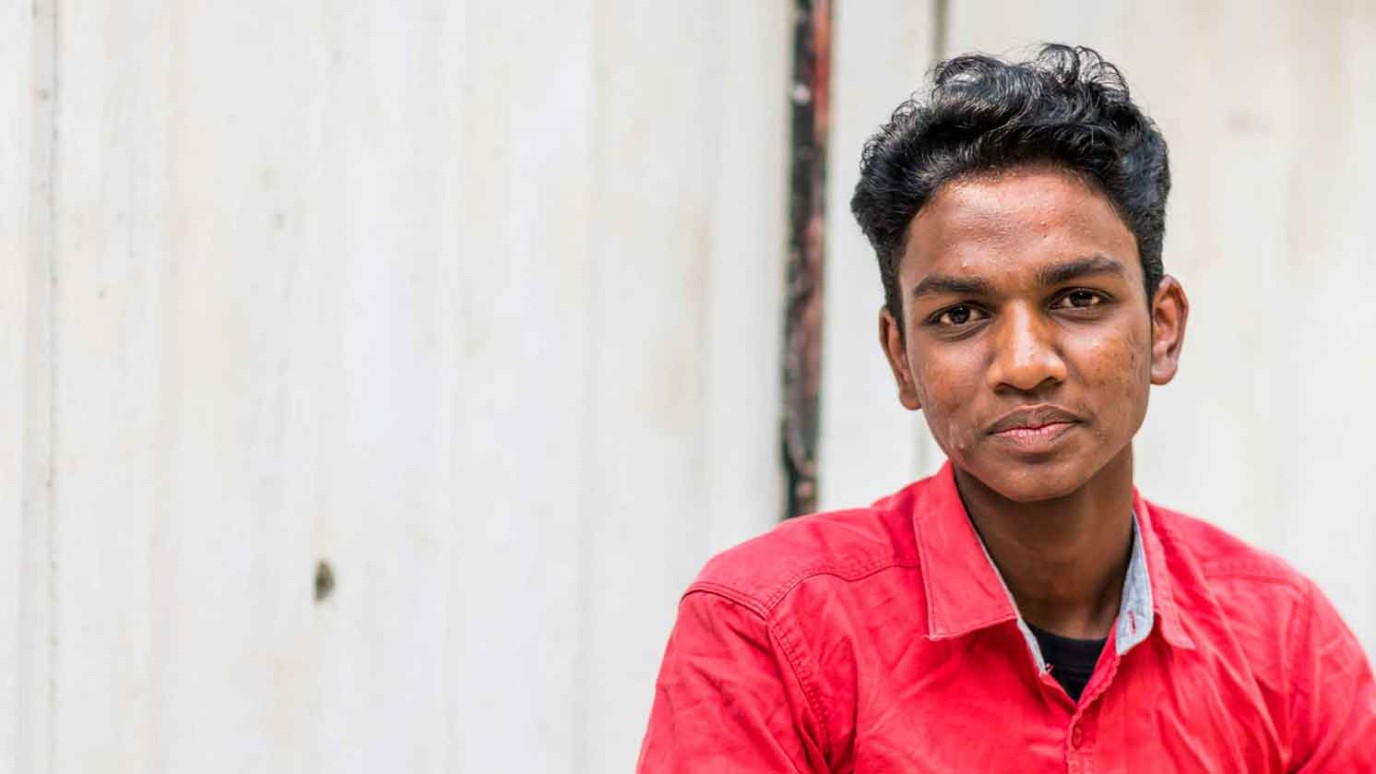 Police traveled hundreds of miles across India to personally bring Suriya home, but there are thousands more missing children like him and Vijay who want to go home.

In 2012, Suriya was just 11 years old, living at home with his parents in India. Every day was a struggle for his family because they lived in deep poverty and couldn't make ends meet.

When a man came to his village and offered his parents an advance of $15 for Suriya to work in a factory and earn a consistent income, the offer was just too hard to pass up.

Not only was Suriya offered a job, but his cousin, Vijay, was offered work, too. They had no way to know the promise of a good job was a lie. The boys were taken 900 miles away to a small candy factory where they were forced to work 16 hours a day. Suriya and Vijay were verbally abused or beaten when they wanted to rest, and weren't allowed to visit home, even for weddings.

All the while, Suriya's family had no idea what sort of pain he was living in. But five years later, in January of 2017, Vijay came home. He had escaped, and the stories he told were horrifying.

Emotional and in poor physical health, Vijay shared about the violence kids like him were facing in the factory. When he accidentally added too much salt to a recipe, the factory owner's wife beat Vijay with an iron rod and scalded his legs with hot oil. The scene left all the children terrified, and Vijay still bears the scars today. Then the factory owner called Suriya's parents and threatened to kill him if Vijay didn't return.

Suriya's parents quickly reported his situation to authorities, and IJM was asked to help with the case. IJM teams in Mumbai and Chennai worked together with non-governmental organization partners and police to pinpoint the factory where Suriya might be held. Police worked diligently to question and eventually arrest the factory owner in February for his abuse of children.

But Suriya was nowhere to be found. His family began to wonder if he had escaped or been taken to another facility, or even if he had been killed.

Police searches repeatedly came up fruitless, and as months wore on, Suriya's family was starting to give up hope.

Suriya's father, Arumugam, remembers the desperation he felt. “As days went by without finding success, I started worry whether Suriya was dead or alive.”

“Today, it is such a joy for me to share that Suriya was once lost but now he is found.” This short message announced the thrilling news to the IJM team on July 8, when authorities were finally able to find Suriya alive. Police traveled hundreds of miles across India to personally bring him home just a week later.

Suriya remembers, “My only thought was to get home and see my family.”

Says Arumugam, “I was not able to control my tears when I saw Suriya for the first time after many years. Suriya was encouraging me not to worry anymore, because he had returned home safely.”

Today, Suriya is doing well. He is safe and enjoying life with his family, but there are thousands more missing children like Suriya who want to go home.

"We Were Left with No Choice but to Follow Her Instructions."
International Justice Mission
Follow Us
Grow Daily with Unlimited Content
Uninterrupted Ad-Free Experience
Watch a Christian or Family Movie Every Month for Free
Early and Exclusive Access to Christian Resources
Feel the Heart of Worship with Weekly Worship Radio
Become a Member
No Thanks