All in the Family - A Family Devotional 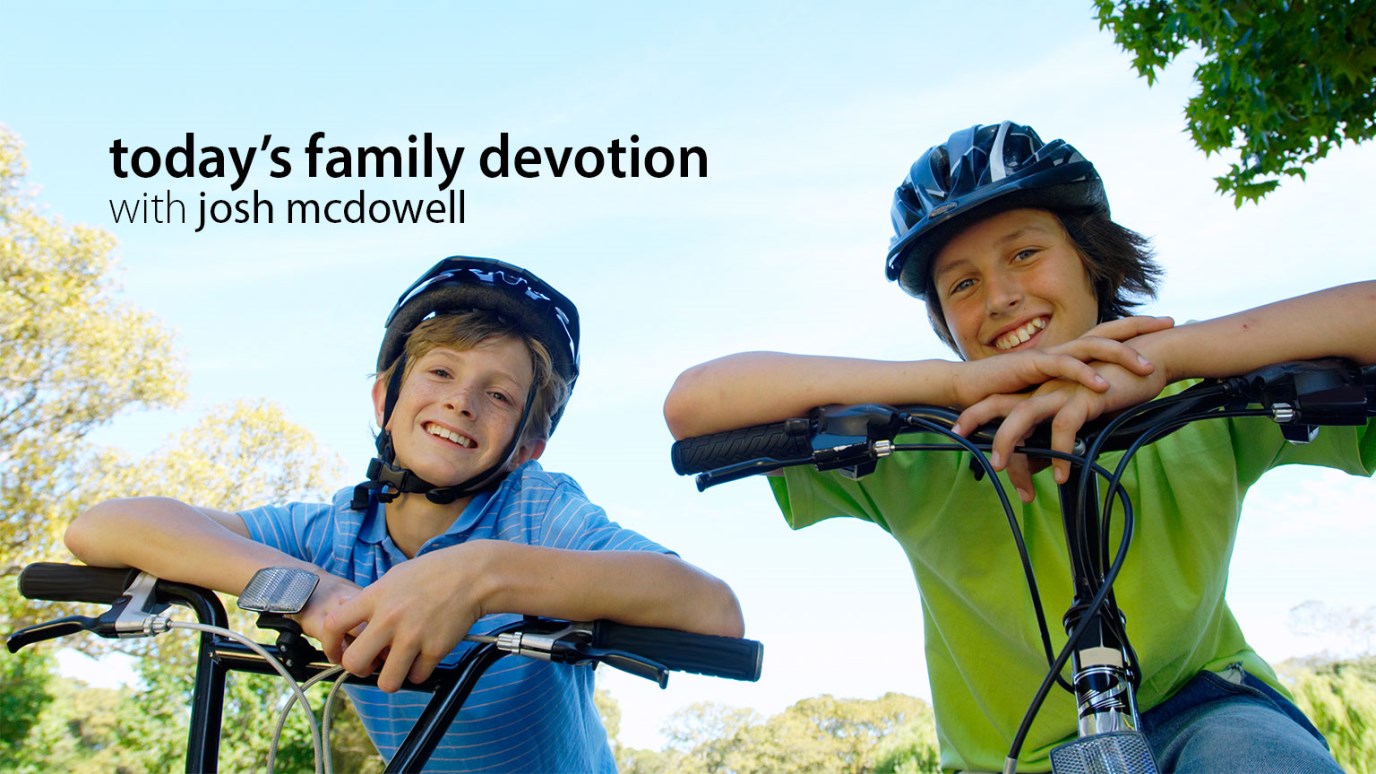 What are some ways you can be kind to the people in your family?

GOD COMMANDS US TO BE KIND TO OTHERS.

Tad dropped the wrench he was using to tighten his bicycle chain and rubbed his head. “That hurt!” he said.

“Duh!” Josh responded. “It was supposed to hurt.” He kept walking through the garage, entered the house, and walked to the refrigerator.

A few moments later, Mom walked into the kitchen through the garage door. She saw Josh standing in front of the refrigerator, peeling the wrapper off a Popsicle. She sat down at the kitchen table and studied Josh for a few moments.

“What’s wrong?” Josh asked, when he noticed his mom watching him.

“I was just wondering where you learned to treat your brother that way,” Mom said. “I was weeding the garden. I saw what you did and heard what you said.”

“How can you be so unkind to your brother?” Mom asked.

“He’s my brother, Mom,” Josh said, a defensive tone in his voice.

“So, you’re telling me it’s OK to be unkind to people in your own family?”

“Good,” Mom said. “Because I know that’s not true. God commands us to be kind to each other, but he doesn’t say ‘except for little brothers’”

“I’m sorry,” Josh said. He hung his head, and his hair covered his eyes.

Mom smiled. She nodded toward the garage door. “There’s a little boy out in the garage who’s trying to fix his bike,” she said.

A small smile creased Josh’s face. “I bet he could use some help, huh?”

TO PRAY: “Jesus, we want you to show your love and kindness through us.”

6 Ways to Ruin Your Children
Gary and Barb Rosberg

iDisciple Podcast: Raising Godly Girls
iDisciple
Have you ever asked, "Why, God?"
Emily Manke
Follow Us
Grow Daily with Unlimited Content
Uninterrupted Ad-Free Experience
Watch a Christian or Family Movie Every Month for Free
Early and Exclusive Access to Christian Resources
Feel the Heart of Worship with Weekly Worship Radio
Become a Member
No Thanks