All in: A Single Gift That Changed a Life 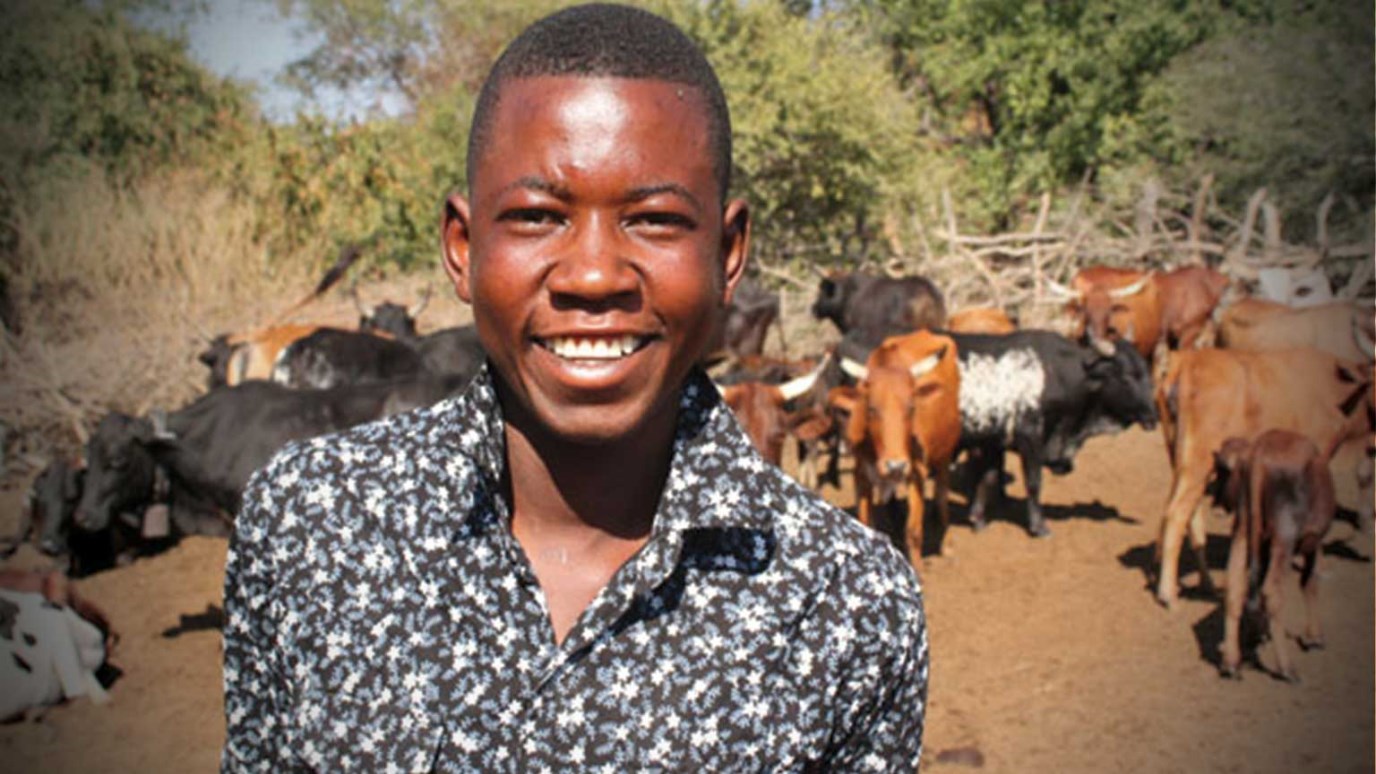 Mazuba has turned his sponsor's gift of a single cow into a legacy.

Mazuba has turned his sponsor's gift of a single cow into a legacy.

World Vision videographer Brian Crass reflects on a trip to Zambia, where he met former sponsored child Mazuba, whose sponsor had given him a special gift of a cow.

Read how Mazuba multiplied that gift into 20 cows, and what his plans are for the future!

In May, I traveled to Zambia with World Vision. I work on World Vision’s video team, and a major part of our work is reporting back to donors, telling stories about how World Vision uses their contributions to impact the world.

On this trip, we went to talk with caregivers—people who volunteer to care for sick neighbors and those affected by HIV and AIDs. World Vision donors in the U.S. build kits filled with basic medical supplies that are sent to caregivers around the world. We wanted to show the donors who build these kits how they help people and encourage the caregivers.

But sometimes you meet individuals that have nothing to do with the specific story you are there to tell. And occasionally these unplanned encounters turn into the story you were really meant to share—this trip was no exception.

One day, we drove to the southern part of Zambia near Lake Kariba to meet a caregiver, Dorcas, and her family. Dorcas, a widow, lives in a small cluster of buildings with her children and grandchildren. Our plan was to spend the day with them, capturing their normal activities.

As the field producer, my job was to help capture the details and stay out of the way of the camera.

I picked a spot on the side of Dorcas’s house. To the left was a small corral full of cattle. The day was getting hot; a small stack of bricks in the shade would make a great place to look over my notes.

I was joined by Collins, my colleague from World Vision Zambia, and Mazuba, one of Dorcas’s adult sons. Collins and Mazuba had just come from the corral.

It was quiet, and we were trying to keep our voices down so they wouldn’t be captured on video. Casually, Collins told me that Mazuba owned five of the cows in the corral. Then he added, “It should be 20.”

He told me that Mazuba had received one cow and multiplied it to 20. He had been selling cattle for several years to pay for school and care for his family. He now had five left and was waiting for them to reproduce so he could continue his education.

Mazuba had been a World Vision sponsored child as a little boy. His sponsor had given him the money for his first cow.

And there it was—the story I needed to hear.

After months of planning and thousands of miles of travel, the story walked over and sat down next to me under a tree in Africa. I’ve heard about this from other colleagues: no matter how hard we try to believe we are in control, God has a way of revealing the story He wants told.

Mazuba’s story was just that. At the age of 4, Mazuba had received a special gift from his sponsor and purchased a cow, which turned into 20.

Mazuba told me how he remembers receiving and writing letters with his sponsor. He talked about drawing pictures of cows. He explained that having cattle means you are established, you have a way to care for your family. As a boy, he watched other boys whose job it was to herd cattle, and he longed to have cattle of his own.

When the gift arrived, he recalls making the decision to buy the cow and wanting to secure his future. It was important to Mazuba that we understood that the cow was more than just a gift to him—it had helped his entire family.

Last year, Mazuba was married, and using money from the sale of his cattle, was building a brick home just beyond his mother’s house. The house was still under construction, and I realized I had chosen one of those stacks of bricks as my resting spot. He was excited that he is going to be able to provide for his new wife and pass on a legacy to his future family.

Working at World Vision, I often hear how sponsorship transforms the lives of children, families, and donors. I know first-hand that sponsorship works. I have visited my own sponsored child in Armenia and have seen how the entire community is benefiting. I get it. Still, I couldn’t help but be amazed at how God used a single gift from a single donor back in the U.S. to change this young man’s life.

Mazuba’s sponsor acted out of faith and changed his life with that one gift.

It’s like the widow that placed those two copper coins into the offering. Why did she give? What was her story? Did those coins multiply? That’s not part of the story. She gave by faith and the rest is none of our concern. The giving was important. Jesus calls attention to her action only when he tells his disciples: “Truly I tell you, this poor widow has put more into the treasury than all the others.”

God does amazing things, using whomever and whatever He wants, and I have seen it: He worked through a sponsor 15 years ago to change the life of a boy in Zambia.

On the Ball
World Vision

Princess and the People
World Vision