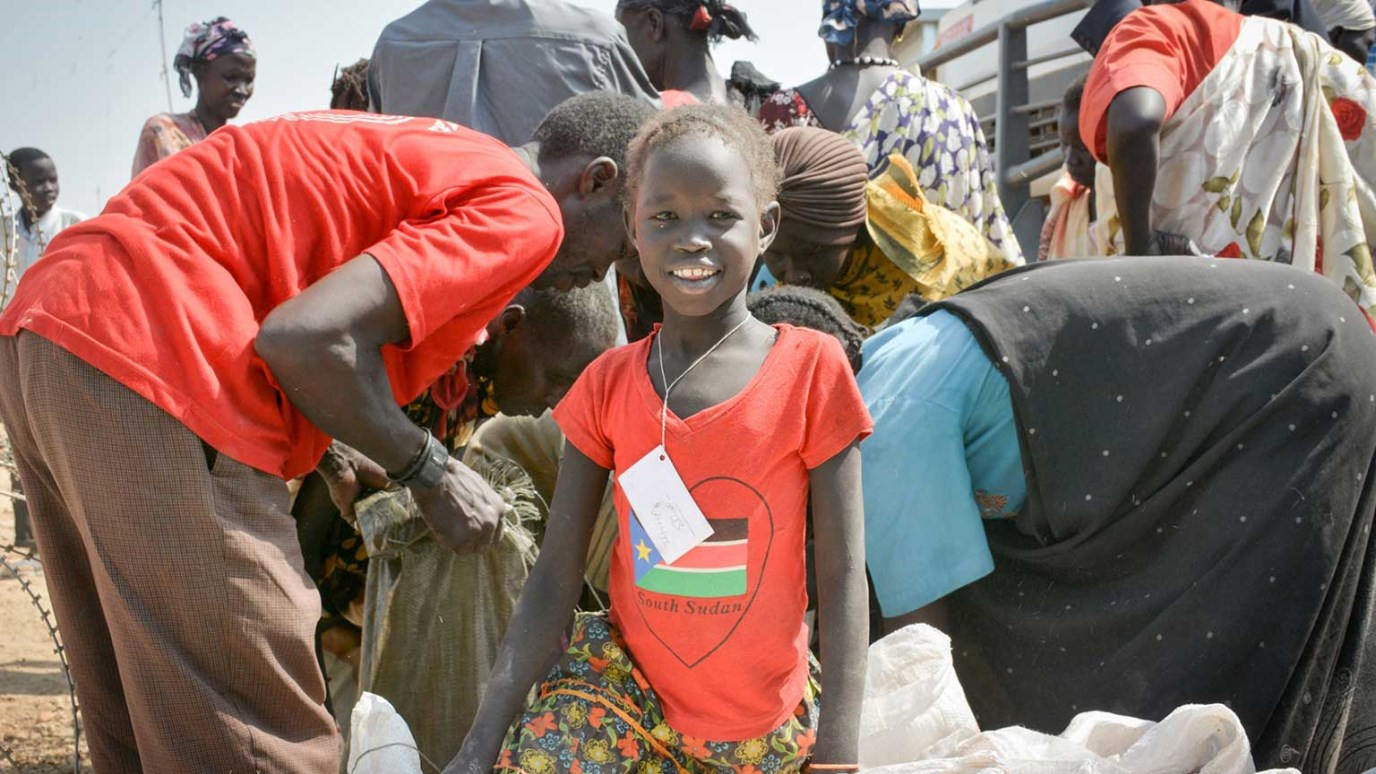 Fighting in South Sudan has driven thousands from their homes, who now need food and other aid.

While warring groups laid down their weapons in Malakal, South Sudan, World Vision staff have provided food and household supplies to families displaced by days of fighting there. The organization was one of the first to reach the remote city after government and opposition leaders signed a cease-fire agreement Jan. 24.

“It is a huge relief,” said Perry Mansfield, World Vision’s program director in South Sudan. “We are up and running, and I am incredibly relieved that we can be providing direct support to those in need.”

Each person receives about 7 pounds of sorghum, about 12 ounces of beans, 7 ounces of vegetable oil, and about an ounce of salt. They also receive mosquito nets, water jugs, plastic sheeting, and kitchen supplies, among other items.

Thousands have been killed and more than 575,000 South Sudanese have been displaced since the conflict began Dec. 15, including about 112,000 who fled to neighboring countries.

More than 59,000 people have fled to Uganda. World Vision is supplying refugee families there with basic household supplies.

The organization plans to ramp up relief and recovery efforts for the next six months.

Representatives from South Sudan’s government and the opposition continue negotiations toward a formal peace deal.

Egg-static!
World Vision
Follow Us
Grow Daily with Unlimited Content
Uninterrupted Ad-Free Experience
Watch a Christian or Family Movie Every Month for Free
Early and Exclusive Access to Christian Resources
Feel the Heart of Worship with Weekly Worship Radio
Become a Member
No Thanks