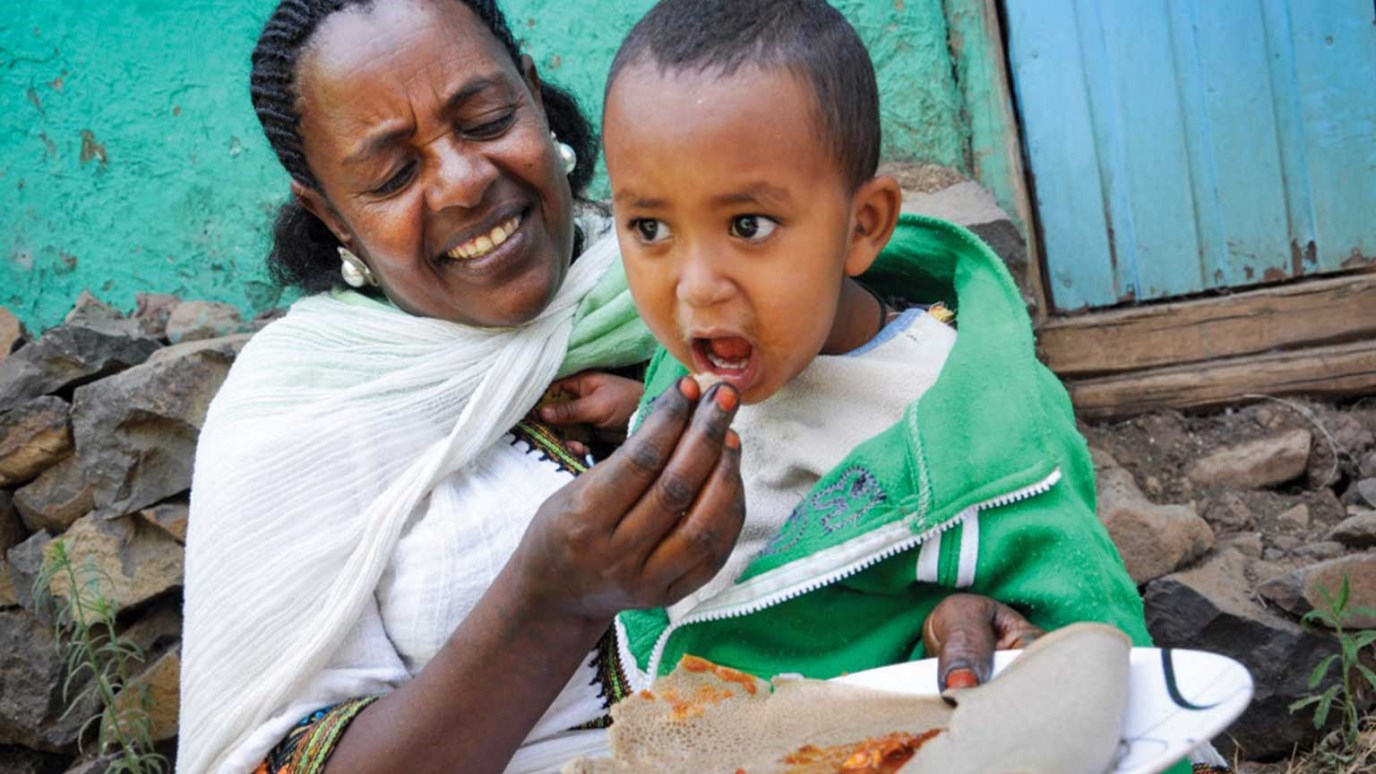 Bizunesh Alem, 50, and a mother of six in Ethiopia, feeds Etsubdink, an abandoned child who has become a great blessing in her life.

It was nearly three years ago that Bizunesh attended church and heard a terrible tale. A mentally disabled and homeless woman had given birth to a baby girl in the cemetery. As a mother, Bizunesh immediately felt for the new mom and her baby, and decided to visit them.


“By the time I arrived, the infant was with the nuns. She seemed too small, skinny and fragile to survive. The nuns told me that they found her gagging as the mother tried to feed her injera [a large flat bread]. I couldn’t stop crying because I couldn’t imagine the baby to grow up with her mentally ill mother or in an orphanage,” says Bizunesh. She took the child into her heart and her home.

“Earlier, if a child is found abandoned, the government would take them to orphanage, but now it has become a commonplace for the community to take the responsibility. World Vision is the reason for this change,” Bizunesh says.

She adds, “I am grateful for the Almighty God for giving me this baby. I even feel that she had been sent to me as a gift from God. If I had left her she would have died.”

Finally, Bizunesh’s message to others is, “It is not a bad luck but a blessing to raise an abandoned child.”