Addressing the Problem of Evil 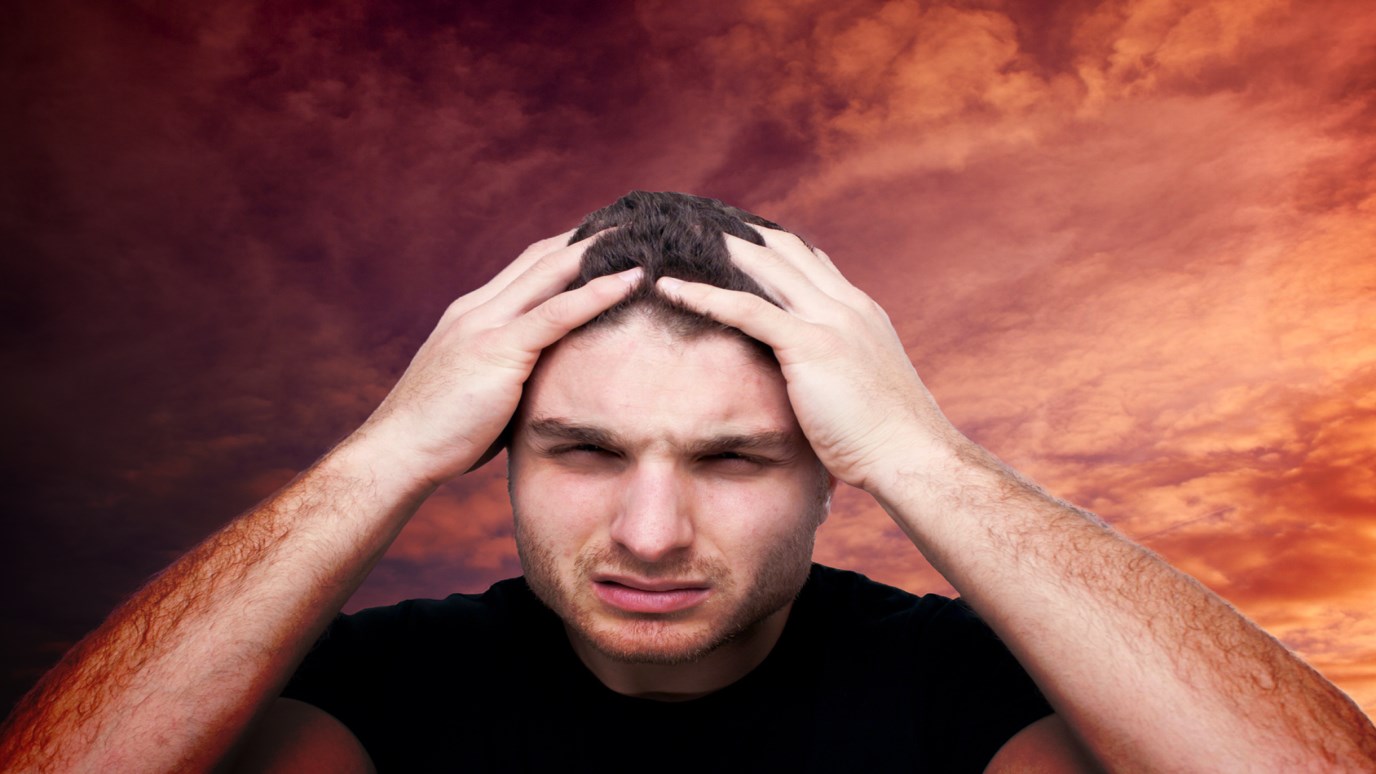 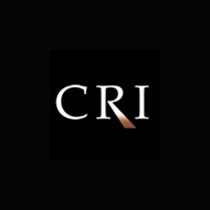 Douglas Groothuis engages the discourse concerning the existence of a good God and the evil we see in the world.

One of the toughest challenges to the rationality of the Christian worldview is the existence of so much evil. We struggle to explain and cope with evils due to human agency (theft, rape, murder, racism) and evils due to natural causes (floods, famines, hurricanes, tsunamis, earthquakes, illnesses). Why does God allow it?

The philosophical problem of evil is stated in these terms:

1. In the Bible, God is understood to be all-good and all-powerful.

2. If God were all-good, God would desire no evil.

3. If God were all-powerful, God would be able to prohibit evil.

Some philosophers have used this argument to claim that it is impossible that God exists, since God would definitely want to keep evil out of the universe and would have the power to do so. However, in the last few decades, most philosophers have abandoned this heavy-handed strategy, since all that the theist needs to claim is that God has a sufficient reason to allow this evil to occur. If the idea that God has a good reason for evil is even possible, then there is no contradiction in claiming that God exists and that evil exists.

Yet unbelieving philosophers have shifted the strategy to argue that, while it is not impossible that God exists given all the evil in the world, it is unlikely that God exists. This is because many evils (for example, the suffering of children) seem to serve no justifiable purpose. Therefore, these kinds of evils count against the existence of God. These evils are called gratuitous (or pointless) evils.

1. If God exists, there would be no gratuitous evils.

3. Therefore, it is likely or probable that God does not exist.

This type of argument is called the inductive or probabilistic problem of evil, and it commands the most attention among philosophers, pro and con. It is also a problem that troubles many laypeople as well, both Christians and non-Christians. We can conceive of how some evils might serve greater goods and be necessary for their achievement, yet many evils—whether great (tsunamis) or smaller (the premature death of a loved one)—appear unredeemable. How can we address this anguishing problem?

Some believers simply claim that God must have His reasons, although we are now clueless and left with a leap of faith. We can only hope that we may know the reasons for these evils in the afterlife. However, we need some apologetic arguments so that we might have a reason for this hope when people ask us why we believe in a good and all-powerful God in the face of horrendous evils (1 Pet. 3:15–16).

No book raises the problem of evil more grippingly than the Bible itself. Particularly in the Psalms, the writers cry out to God, asking why their enemies have triumphed, why God has not acted to deliver them when He had the power to do so. Although the biblical writers groan under the force of evil, they find reasonable hope and meaning because of their belief that God has revealed enough about Himself to be deemed trustworthy, even when all the pieces do not fit together neatly and nicely (Deut. 29:29).

Inadequate Attempts to Resolve the Problem.

Let us first consider two influential worldviews that cannot deal with the problem of evil. The Bible, unlike eastern religions, does not relegate evil to the realm of illusion or unreality. We cannot transcend the appearance of evil by achieving a supposedly higher state of consciousness, as advocated by contemporary pantheistic writers such as Deepak Chopra and Eckhart Tolle. That stance is both unrealistic and cruel. We must suffer with those who hurt in a broken world, not tell them to get over their attachment to maya (the illusion of evil). Moreover, in these worldviews the illusion of evil itself becomes an evil, since it keeps people in ignorance (a bad thing). Therefore, there is evil after all! The supposed solution to the problem of evil is, therefore, both nonsensical (because we sense real evil) and illogical (because we cannot deny the existence of evil if the illusion of evil turns out to be evil itself).

Atheists, on the other hand, often invoke the problem of evil to support their atheism. Their worldview, however, cannot explain the existence of evil or give any hope for its resolution. According to many atheists, all that exists is the impersonal and unfeeling universe, controlled by “the empire of chance,” as Bertrand Russell put it.2 The cosmos was not designed; all is a matter of chance and necessity. There is no Moral Law-Giver or Source of objective moral truth, since moral ideas are only the result of chemical reactions in the brain of an evolved animal. Humans experience pain, but this is just what the impersonal and uncaring universe does to them—without reason and without recourse to any higher purpose. According to this worldview, the very categories of objective good and evil dissipate. As existentialists such as Camus and Sartre have argued, the world is absurd in itself. Good and evil are merely human constructs, destined to die with those who absurdly assert them in an absurd world. Therefore, good and evil lose their meaning, and there is no hope that good will somehow triumph over evil in the end.3

Another atheist view claims that objective good and evil exist as bare, brute, immaterial features of an impersonal and otherwise material universe. These are set forth as moral truths. This view is called atheistic moral realism; it is a strange hybrid of atheism and theism. It captures the idea of objective moral values from theism (where such values reside in the character of a personal-infinite God), detaches them from God, and projects them as floating values in an otherwise meaningless, materialistic world.

This position is ungrounded, however, because morality requires a strong claim of obligation or “oughtness.” Consider the statement, “You ought to treat humans with respect.” This is an objective moral law. Moral law differs from scientific law because it compels reflective agents to act and live in certain ways; it is not merely descriptive in the indicative sense (what is), as are scientific laws. Moral law enjoins or commands us to conform to it. Therefore, the idea of a moral law that exists apart from a Law-giver makes less sense than the idea of a moral law that issues from the commands of a personal and moral being. This is God Himself, who as the Creator knows just how humans ought to live.4

A Christian Answer to the Problem.

Having argued briefly against pantheism and atheism as adequate accounts of the existence of reality and the problem of evil, here is a Christian answer in a few broad strokes.5 God, a personal and infinite being, is the source of the moral law, of moral obligation, and of the virtues and goals necessary to morality.6 However, humans, heeding the evil lie of Satan (Gen. 3:1–5; Rev. 12:9) have rebelled against God (original sin) and have brought evil into God’s good world.7 While God is Lord of history, He is not the author of evil. Rather, humans brought evil into the world by warping and twisting God’s good gifts. Evil, then, is good gone wrong.8

Evil opposes the moral will of God. Yet evil is not without final or ultimate purpose in God’s providence, since God is both perfectly good and sovereign over His universe. Given the character of God as revealed in Scripture, as well as the overall apologetic case for Christianity, we have sufficient reason to believe that whatever evils occur are not random or meaningless.9 They play a part in God’s present and future plan for the universe. As Joseph said to his brothers who sold him into slavery, “You intended to harm me, but God intended it for good” (Gen. 50:20 TNIV).

While the reason for many particular evils may be opaque or unknowable to us, these evils are not gratuitous or pointless. On the contrary, they are employed by God to bring about good outcomes that would not otherwise be possible. For example, a world fraught with risk makes courage and heroism possible. A world beset by sin makes redemption through the love of God, shown in Christ, possible. In fact, the work of Jesus Christ in history demonstrated God’s love and concern for His creation more than anything else.10 While some evils may baffle and depress us, we can trust God that they are not without justification in the story of the universe, since God is that story’s Author. Thus, some evils may be inscrutable to us, but they are not inconsistent with the Christian worldview.11

Douglas Groothuis is professor of philosophy at Denver Seminary.