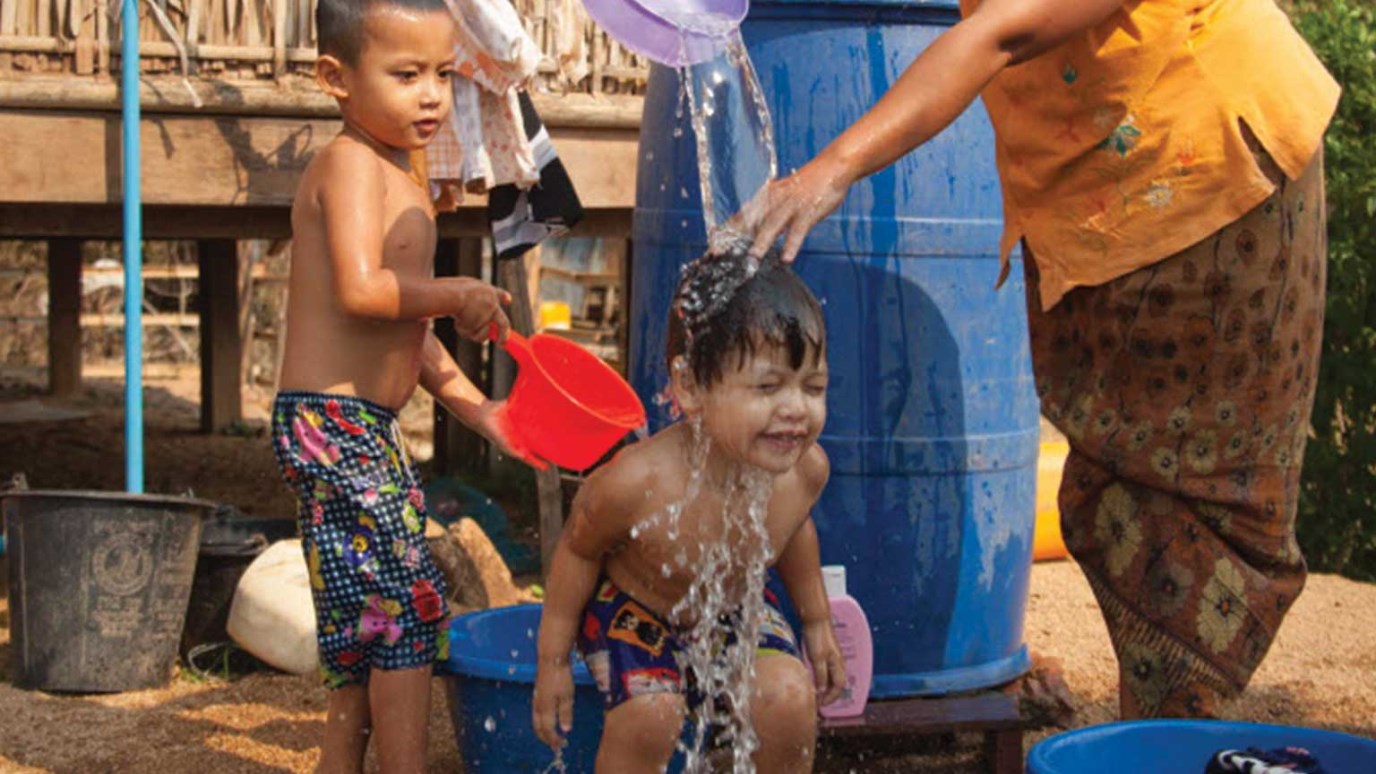 Running water at each home means children of Ka Htaung Ni village, Myanmar, have plenty of water for bathing.

In  this coastal area, it’s not possible to dig or drill wells; the low water table means the underground water is salty and smelly. Villagers rely on a storage pond that fills with rainwater during the rainy season.  Every year during the summer months, they face water scarcity.

Rainwater stored in the pond lasts only for three to four months in the dry season, which is from November to May – seven months long. During the summer, the villagers need to buy water from the nearest village, two miles away, for everyday use and for drinking.

“When the rain stops, we all came to get water from the big pond,” says U Hla Aung, a member of the local water committee. “Some women and girls brought their clothes and washed at the bank of the pond.”

“I remember a four-year-old boy drowned in the pond. He was playing on the bank while his sister was washing clothes. Then he accidentally fell in. Not long after, another 8-year-old boy also drowned while fetching water. It was back over 10 years ago now,” U Hla Aung recalls.

“It was a hard time for us. We could not grow plants, as we did not have enough water to use. We spent a lot of time getting water. I remember, we once got diarrhea in the village four years ago,” U Sein Than, a community based group leader, shares.

In early 2014, World Vision dug a new water storage pond for the village, and the first pond was fenced to keep children safe and animals out. World Vision also constructed an overhead tank near the pond to pump water from the pond into the tank.

The overhead tank is connected with three main pipes, which carry water to every household. A water meter was also installed to measure the amount of water used by each household, so that money is collected accurately.

One community member is assigned to managing the pump and distributing the water.

“The water-fee collections allow us to pay for the fees of the Early Childhood Care & Development teacher and the staff who look after the water distribution system.”

“Now that the water is easy to access, children have more time to play and study,” says U San Yu, villager leader.