Acts Is More than a History Book 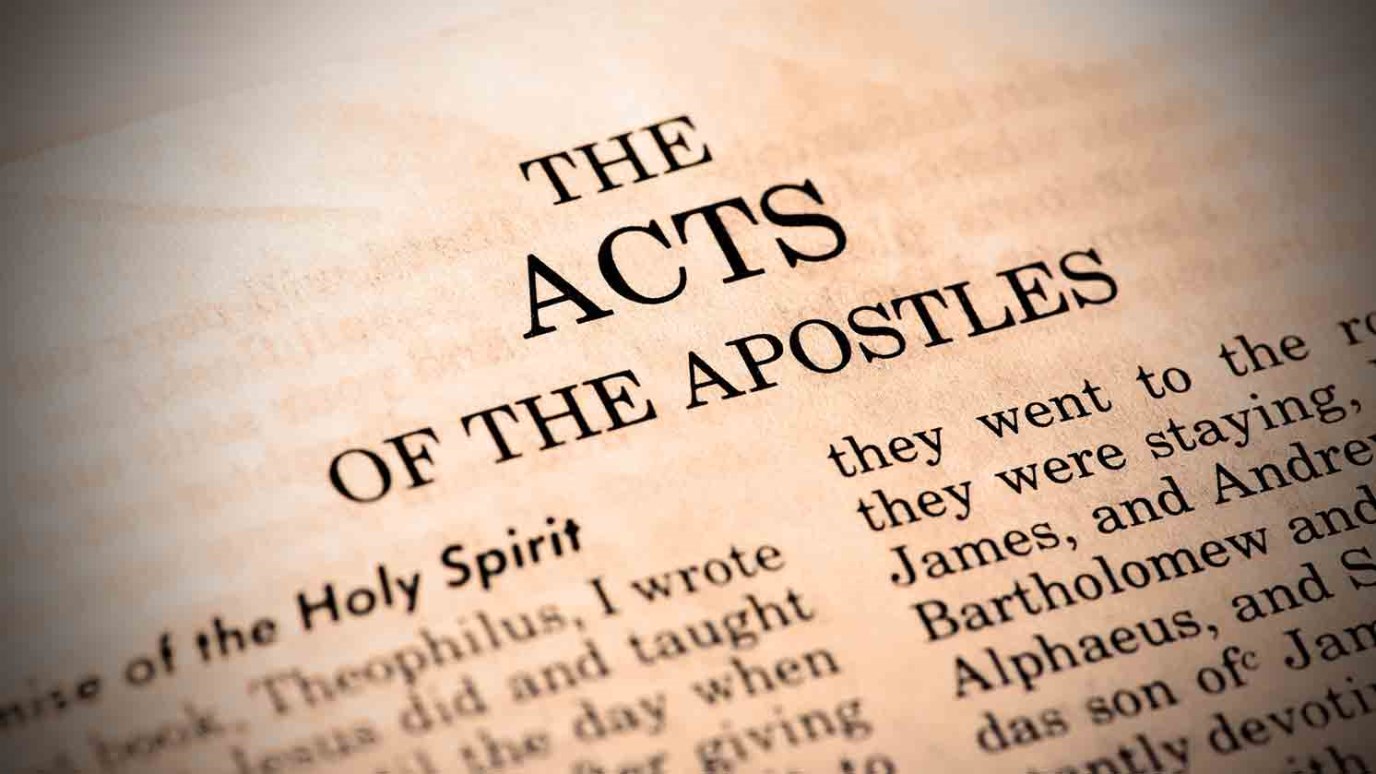 When it comes to the church and our role in the battle unfolding between the kingdom of Jesus and the powers of Satan, we need fewer war historians and more warriors.

Reading Acts as a soldier

Acts is the amazing history of the Christian faith. There are two ways to approach history: as a scholar or as a soldier. Scholars read war history because it’s an interesting subject for study; soldiers read war history to learn how to fight.

When it comes to the church and our role in the battle unfolding between the kingdom of Jesus and the powers of Satan, we need fewer war historians and more warriors. We find this in the book of Acts.

30 years that changed the world

The book of Acts is a continuation of Luke’s Gospel, a historical account of Jesus’ life recorded by an educated physician, Luke, whose stated purpose in writing is that “you [Theophilus] may have certainty concerning the things you have been taught” (Luke 1:4), Theophilus being the generous, wealthy donor who funded the two books.

In Acts, Dr. Luke recounts the origins of the early Christian church in the first generation after Jesus’ death and resurrection—a period of “30 years that changed the world,” as commentator Michael Green put it in his book of that name, which includes lots of interesting and inspiring anecdotes from this pivotal moment in antiquity. But we’re missing the point if we leave it at that.

Acts is more than a history—it’s a survival guide for a church opposed by Satan. It’s a theological treatise set against the backdrop of real-life stories. It’s a biography of the same Holy Spirit who remains alive and active, and is among us today.

The acts of the Holy Spirit

Beyond just giving continuity, the events in the books of Luke and Acts parallel each other: “Luke wrote his Gospel to show what Jesus began to do and to teach when he was on the earth,” Green explains. “He wrote his Acts to show what Jesus continued to do and to teach after his resurrection, through the agency of the Holy Spirit in a handful of dedicated people whose message became irresistible.”

Jesus had told his disciples, “I will ask the Father, and he will give you another Helper, to be with you forever, even the Spirit of truth” (John 14:16–17). The promised Holy Spirit arrives in Acts and remains with us to this day. Far too often, however, we fail to recognize the powerful implications of this amazing gift.

God’s mission, not ours

A church does not have a mission. God has a mission, and he calls his church to join his mission.

The mission of the Holy Spirit, as we see throughout Acts, is to bring people to faith in Christ. As Jesus says to his first followers at the outset of the book, “You will receive power when the Holy Spirit has come upon you, and you will be my witnesses in Jerusalem and in all Judea and Samaria, and to the end of the earth” (Acts 1:8).

Life among the early Christians included preaching the gospel, sharing possessions, caring for the needy, and performing miracles. But the defining characteristic was a Spirit-fueled boldness that resulted in gospel proclamation and salvation by the thousands.

“That the mission of the church is under the direct control of God is perhaps the strongest single theme in the theology of Acts,” writes Polhill. Throughout the book, we learn to recognize evidence of the Holy Spirit at work:

I cannot wait to see what the Holy Spirit does as we learn about him, get to know him, and come to love him more. Writing on the book of Acts, fourth-century theologian John Chrysostom said, “Truth shines brightly through the facts themselves, and a great change for the better takes place in the disciples now that the Spirit has come upon them.”

Filled with the Holy Spirit, the disciples charge into spiritual battle, ready to give their life to Jesus—figuratively and literally—so that others might find new life in him. By God’s grace, may our encounter with the same Holy Spirit lead us to the same.

The Freedom of Grace
Andrew Farley