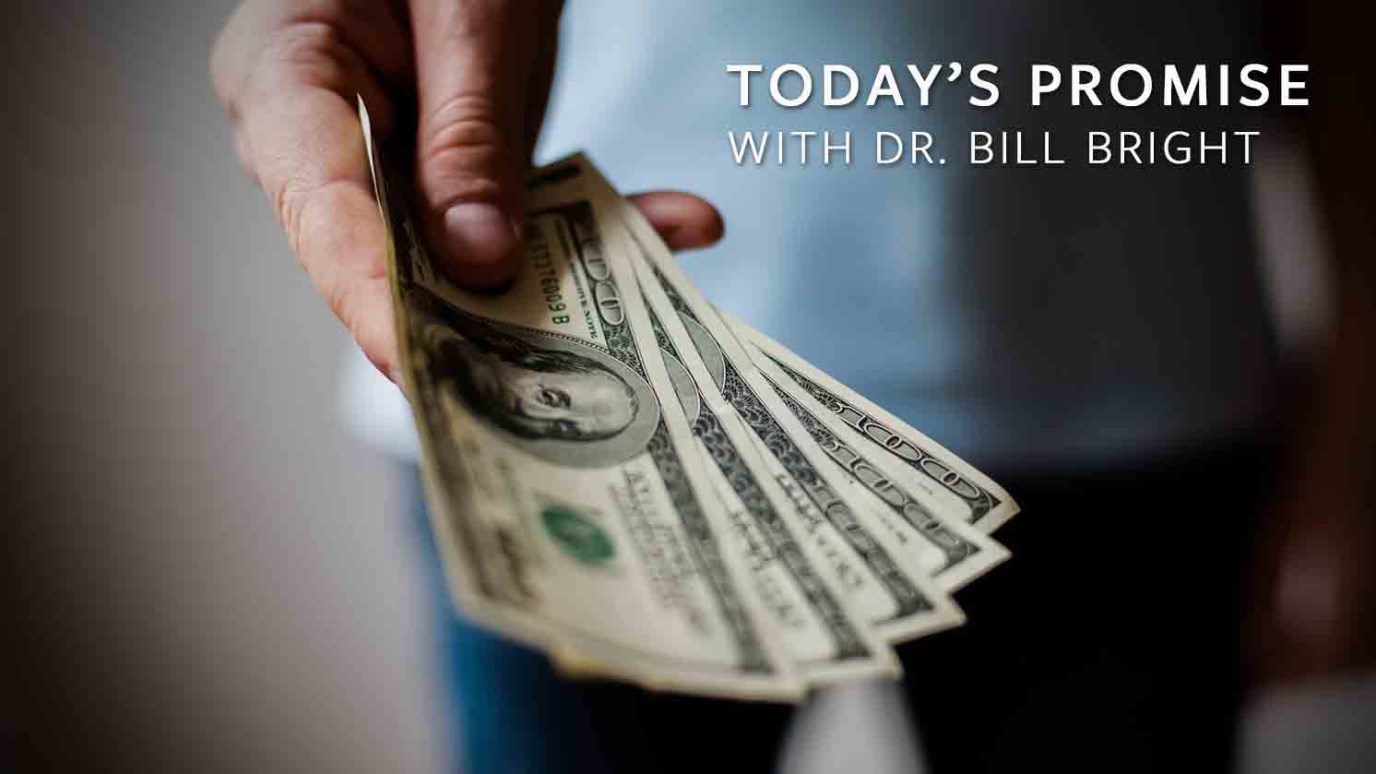 May God help you give cheerfully of that which He entrusts to you.

"A faithful man will abound with blessings, but he who hastens to be rich will not go unpunished" (Proverbs 28:20, RSV).

"Years ago when my children were small," declared a godly Baptist layman in South Carolina, who was secretary and treasurer of a large cotton mill corporation, "my salary was too small for my actual needs. Strive as I would I could not keep out of debt.

"This became a heavy cross to me, and one night I was unable to sleep. I arose and went to my desk, where I spent some time in prayer to God for help and guidance. Then I took a pen and paper and wrote out a solemn contract with my heavenly Father."

"Finally I named a larger salary, which was far beyond anything I had ever hoped to earn, and told the Lord if I ever reached such a salary I would give him one-half of my income. For many years it has been my privilege to give one- half of my income to the Lord."

This verse warns the man who is so determined to accumulate personal wealth that he robs God of that which is rightfully His. That man will not go unpunished. God promises. May He help us to give cheerfully of that which He entrusts to us.

TODAY'S ACTION POINT: Whatever I give to the Lord, His servants and His work will be done cheerfully and generously, as He has prospered me.