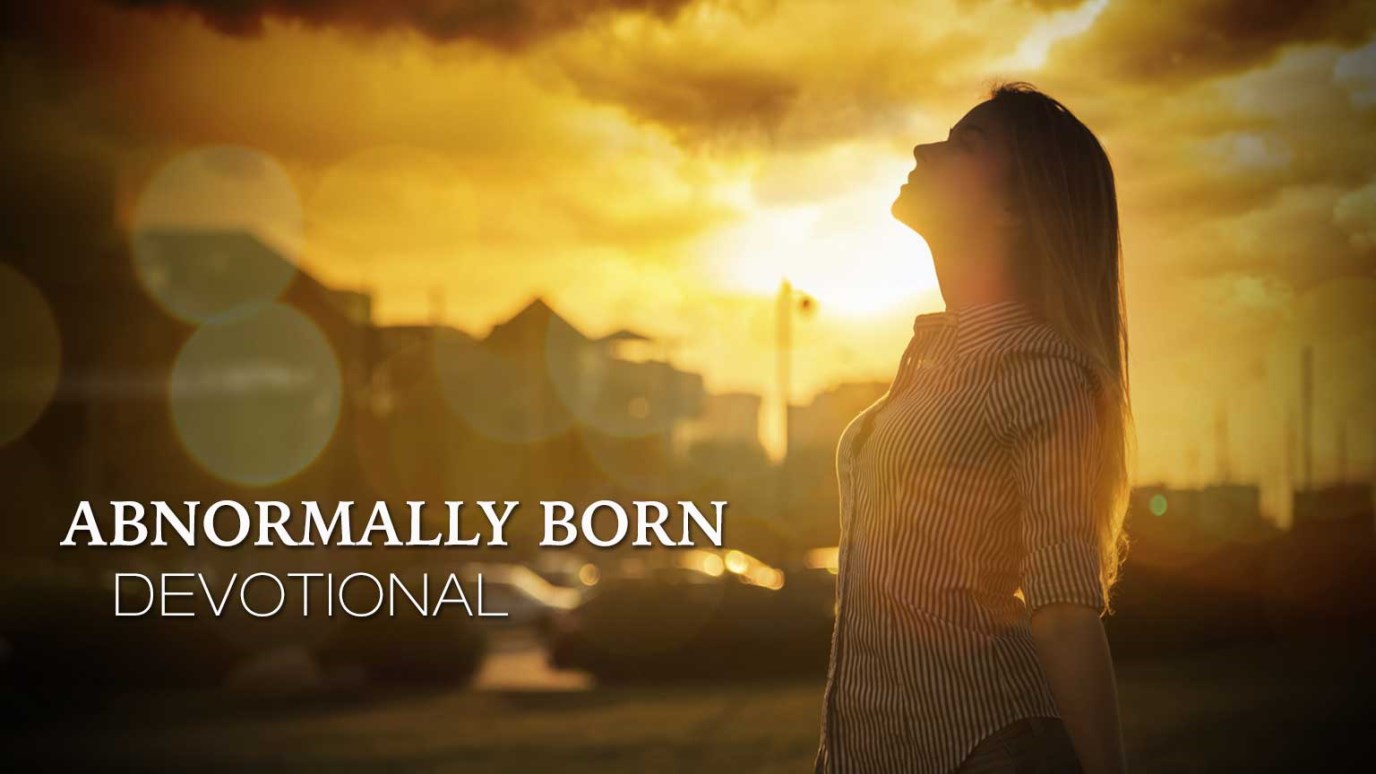 You may be labeled as abnormal, however, know that you were not abnormally born.

I have had this statement hurled at me many times in my life; sometimes like a spear, deadly and full of venom, sometimes like a football, playful and full of laughter. My children, it seems, especially have a keen insight to this fact because they have repeated it the most often. Sometimes at the end of the sentence there’s an exclamation point like they had thought I could never exceed my previous level of weirdness but somehow I have done it and established a new personal best of weirdness.  Sometimes the end of the sentence just seems to trail off as if the speaker is deeply contemplating my condition and if there could be any psychological or legal action they should take.

My girls, it seems, are especially sensitive to my weirdness and are the most concerned about it. If I wave at a complete stranger or see how far I can push my stomach out, this really has an impact on them. Doing these things with their friends around is the worst thing that could possibly happen in their lives. Rather than deter my behavior, though, this reaction just seems to fuel the weirdness deep within me.

Boys seem to take weirdness with a shrug, or a laugh. A lot of times boys and men think weird is funny. I’ve never met a male who didn’t think the Three Stooges were hilarious. Women seem to think that a person getting hit on the head with a sledge hammer isn’t really very funny at all, and, they point their fingers at the males who laugh at this and label them as weird.

My wife seems to take a whole different approach to the weirdness of her husband. She tends to take the high road and ignore/accept her man’s weirdness as she would days on a calendar; maybe she doesn’t always like what day it is, but what are you going to do about it?

Also, the weirdness hasn’t seemed to fade as I have aged.  If anything, it seems with each passing year my weirdness increases. But it doesn’t concern me like it seems to concerns those around me. I like to think of it like a bottle of fine wine, improving with age. The way I think of it is that if I keep the weirdness going maybe people won’t notice as much when senility sets in.

I am deeply established in my weirdness, and this fact has been researched and validated by many different sources. So, while many may label me as abnormal, I was not abnormally born. The circumstances or the timing of my birth weren’t abnormal, that was something I grew into myself.

Paul was very aware of the differences between himself and Christ’s original apostles, and he outlines this in 1 Corinthians chapter 15: “Now, brothers, I want to remind you of the gospel I preached to you, which you received and on which you have taken your stand. By this gospel you are saved, if you hold firmly to the word I preached to you. Otherwise, you have believed in vain. For what I received I passed on to you as of first importance: that Christ died for our sins according to the Scriptures, that he was buried, that he was raised on the third day according to the Scriptures, and that he appeared to Peter, and then to the Twelve. After that, he appeared to more than five hundred of the brothers at the same time, most of whom are still living, though some have fallen asleep. Then he appeared to James, then to all the apostles, and last of all he appeared to me also, as to one abnormally born.”