A Young Girl's Journey Toward Education in Nepal 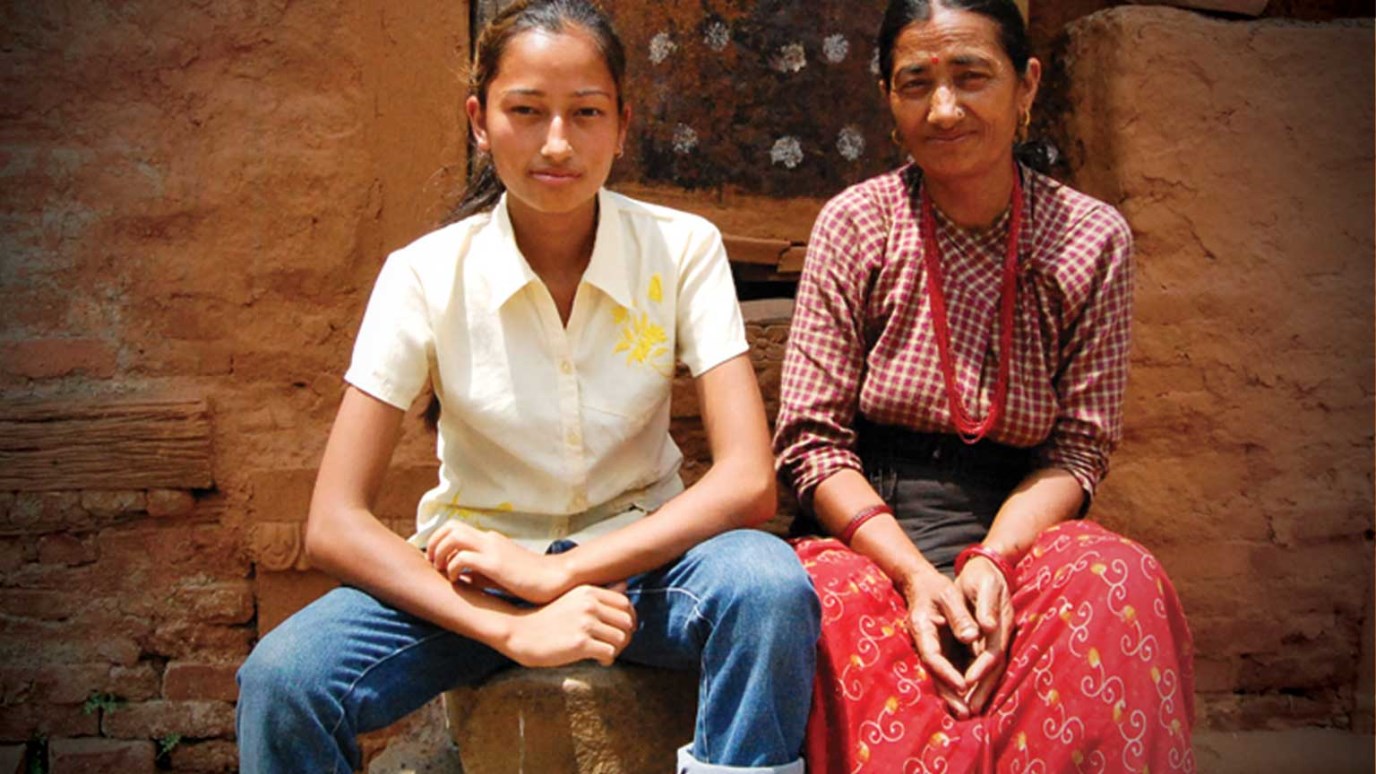 When Laxmi was 8 years old, she decided to quit school, as all her older sisters had done after they'd finished fifth grade. But in 2001, World Vision enrolled Laxmi as a sponsored child.

When Laxmi was 8 years old, she decided to quit school, as all her older sisters had done after they finished fifth grade. But in 2001, World Vision enrolled Laxmi as a sponsored child. Now, she is completing twelfth grade and hoping to become a teacher.

Laxmi and her sisters were able to study for free until the fifth grade through the government's free education policy for primary education in government schools. “Looking at the trend my sisters had set of dropping out of school after the fourth or fifth grade, I wanted to do the same,” Laxmi says.

Laxmi's mother, who is illiterate, works as a beverage bottle cleaner in a waste collection center. Laxmi’s father passed away a year ago. She has four older sisters, three of whom are married and live separately. Her unmarried sister works in a leather bag factory to supplement her mother's income, which is barely enough to feed the family.

In 2001, World Vision enrolled Laxmi as a sponsored child alongside many other children in need in the urban slums of Kathmandu, the capital of Nepal. Laxmi had almost completed her primary schooling and was on the verge of dropping out.

However, understanding her family's financial situation, as well as Laxmi’s needs, World Vision supported her admission to sixth grade at Saraswoti Niketan Secondary School, the same nearby school where World Vision was also helping with infrastructure construction and teacher training.

At World Vision’s request, the school agreed to give her a partial scholarship, until tenth grade.

This was just the beginning for Laxmi. After returning to school, she also attended World Vision-funded recreational classes that offered her and many low-income community children indoor/outdoor games and leisure activities. The classes organized on weekdays for children like her also helped Laxmi in school.

“At home, there was no one to help me in my studies, but the recreational classes helped me understand my subjects better and do my homework,” she says.

In 2006, Laxmi became a member of a child club called Chetana Bal Club and soon became its treasurer. In addition to the opportunity to participate in the club’s many activities -- such as quizzes, speeches, dancing, singing, and literary competitions -- membership equipped her with skills in leadership, radio anchoring, and public speaking. Through the club, she was also trained in first aid, care for the environment, composting, zero-land farming, vegetable farming, and ways of making water safe to drink.

Looking at Laxmi's growing interest in her studies and club activities, her mother encouraged her to study further. World Vision supported her admission to eleventh grade after her scholarship finished.

Today, Laxmi is not only looking at pursuing higher studies, but is also determined to do something to help educate other children. She volunteered to tutor children in the same recreational classes she attended for many years.

“I used to take these classes when I was young, and now I feel happy that I was able to teach in one,” she says. “I am inspired by social organizations like World Vision to work for the needy, and I want to be able to do more for children in our community.”

Her mother, Bimala, is happy to see her daughter grow into a confident woman, and wishes that her other daughters had had the same opportunities.

“Due to our economic condition and lack of awareness, three of my daughters dropped out of school at an early age. But Laxmi got a chance to participate in various activities organized by World Vision and learned new things and is still studying,” Bimala says.

“I will work hard and do my best to support her decision to be more educated,” she adds.

World Vision supported a local partner in running 18 recreational classes in villages and the urban slums of Kathmandu district. Running for two to three hours in the evenings, these classes were designed specifically for students of government schools and low-income families who did not have access to recreational facilities, outdoor activities, or tutorials.

Young volunteers like Laxmi, who wanted to help educate poor children in their own community, led these classes. Around 3,000 children benefited from them.

Laxmi is 18 now and aspires to do more for her community. “I want to study further to get a job as a teacher to educate children and support my mother,” Laxmi says.

Through World Vision's child sponsorship program, children like Laxmi all around the world receive access to education.