A Vision for Trauma's Aftermath 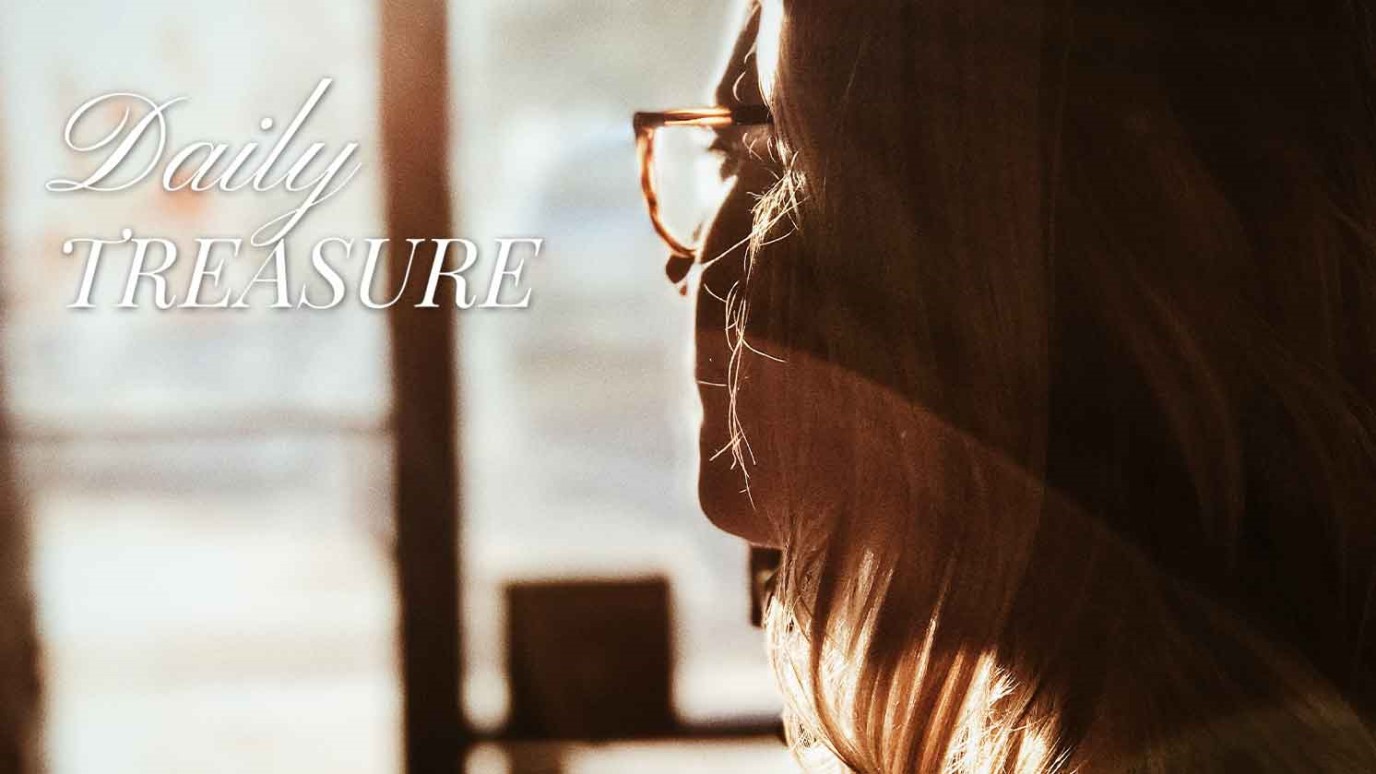 Nobody can give another a foolproof guide for surviving our painful times. People are just too different—and the God who sees each of us deals with us differently.

I will restore to you the years that the swarming locust has eaten,
the hopper, the destroyer, and the cutter, my great army, which I sent among you.

I believe with my whole heart that God always sees us, always loves us, and is actively, redemptively involved in our lives at any given point, even when terrible, awful things have turned our lives upside down. No, God doesn’t typically intervene directly and remove the struggles in our lives. No, He doesn’t always act in ways we can understand. That’s where all those discussions about humanity’s free will and God’s sovereignty come in.

I absolutely believe, however, that what we’ve learned about the God Who sees us remains true even when life turns upside down. No matter what the trauma, God can be trusted to bring comfort in the short term and restoration in the long run—plus surprising gifts in the midst of our pain (Joel 2:25).

I’ve also seen too much pain to insist that any of this comes easily. Trauma is real and damaging. God’s mercy can be severe. Sometimes the truth only becomes real and sure to you as you live through it…or as you see it in someone else’s eyes. Which brings us back to the how question. How do you get past one of those times of trauma, those times of need? How do you trust God when it feels like He’s let you down? How do you even want to?

When you’ve been hurt, when you’re confused, when the worst is supposed to be over but the problems stick like cockleburs, hope can be the last thing you want to want. Sometimes it hurts too much to hope—especially when you suspect your life will never be the same again. Sometimes “God sees you” can feel like a bitter reality instead of an encouraging one.

So is there a way to move forward? Is it worth the effort to rebuild your lives? That’s exactly the dilemma the nation of Judah faced many thousands of years ago. They brought a lot of their trouble on themselves—by ignoring the prophets, by worshiping false Gods, by breaking their covenant with Yahweh. But still, the events that rocked their world were shocking and painful.

First, their land was invaded by foreigners. Their best and brightest young people were carted away to serve the king of Babylon. Then the whole nation—men, women, and children—was taken into captivity. People were forced from their homes and into exile. Solomon’s beautiful temple was burned to the ground.

Before they knew what was happening, God’s people found themselves, quite literally, in a foreign land. They established homes and raised children. They found ways to make a living. They were still exiles, still far from home, still suffering the trauma of displacement. They were probably wondering whether it was a good thing that God had seen them, whether He saw their present need, or whether there was anything worthwhile in their future.

Then came good news. The Persian king, Cyrus, who had conquered Babylon, agreed to let the Jews go home and rebuild their temple. Forty thousand Jews followed a governor named Zerubbabel and the high priest Joshua back to Jerusalem to begin getting their lives back. They even laid the foundations for rebuilding the temple. Then the work stalled. Some lost interest when they realized the new temple wouldn’t be as beautiful as the first one. Some were preoccupied with personal projects. Drought hit the land, harvests were poor, and the people who had occupied the country in the Jews’ absence kept stirring up trouble. Progress on the temple ground came to a halt. No work was done on the temple for 18 years, and no one even seemed to care. (Ezra 3 – 6, Haggai 1, Zechariah 4, 8)

Once again, God cared. He wanted to restore His people more than they even wanted to be restored…and more than they believed was possible. He sent two prophets—Haggai and Zechariah—to Zerubbabel with very specific messages for him and his priest-partner Joshua. They are messages that have helped me hope, and I think they may resonate for anyone asking why questions and how questions of the God Who see us.

First, God assured Zerubbabel through the visions of Zechariah that there would be restoration and life would be good again for God’s people. The temple would be built. Safety and prosperity would return:

… Once again men and women of ripe old age will sit in the streets of Jerusalem, each with cane in hand because of his age. The city streets will be filled with boys and girls playing there. The seed will grow well, the vine will yield its fruit, the ground will produce its crops, and the heavens will drop their dew. I will give all these things as an inheritance to the remnant of this people.

Second, God made it clear that He was the one who would do all the heavy lifting in this restoration. He saw His people and had not forgotten them. (The name Zechariah actually means “God remembers!”) He was going to make it happen, and restoration will be His gift:

… ’Not by might nor by power, but by my Spirit,’ says the LORD Almighty.

At the same time, there were things Zerubbabel and Joshua and all the people had to do. They needed to pull together and do what they could, even if their contribution seemed too small and the possible outcomes not worth the effort. Speaking of the temple, God said:

Who of you is left who saw this house in its former glory? How does it look to you now? Does it not seem to you like nothing? But now be strong, O Zerubbabel …. Be strong,

O Joshua …. Be strong, all you people of the land…and work, for I am with you.

Who despises the day of small things? Men will rejoice when they see the plumb line in the hand of Zerubbabel.

Finally, God made it clear that there was a purpose for all this restoration. It wasn’t just to make God’s people happy again, but to make His people a blessing to others:

“As you have been an object of cursing among the nations, O Judah and Israel, so will I save you, and you will be a blessing.”

Haggai and Zechariah were sent to Zerubbabel and Joshua for a single purpose—to stir up their hope after trauma and get them moving again toward new, better lives. God wanted to assure them that He saw them, and that good things lay ahead. I think that’s a word we need when trauma has been part of our lives. It’s the place to start—the word from the Lord that makes moving forward possible. From there, we can take it a little farther.

No one person can give another a foolproof guide for surviving painful times in our lives. People are just too different—and the God who sees each of us individually deals with us in different ways. Over the next few days I will share just a few of the keys I’ve discovered that seem to make a big difference in making it through a traumatic time. Perhaps one of them will help a fellow traveler recognize the God Who sees is ever present in her life as well.

El Roi, the God Who sees, we need you to show us your presence in the mundane and the majestic moments of life. But we’re more desperate to know You see us in those dark, broken places.

Adapted from: The God Who Sees You: Look to Him When You Feel Discouraged, Forgotten, or Invisible by Tammy Maltby; David C. Cook, 2012

Who Do You Want to be When You Grow Up?
Chuck F. Betters

Today's Church vs. the First Century Church
Chuck F. Betters
Follow Us
Grow Daily with Unlimited Content
Uninterrupted Ad-Free Experience
Watch a Christian or Family Movie Every Month for Free
Early and Exclusive Access to Christian Resources
Feel the Heart of Worship with Weekly Worship Radio
Become a Member
No Thanks