A Simple Solution to a Happy Marriage 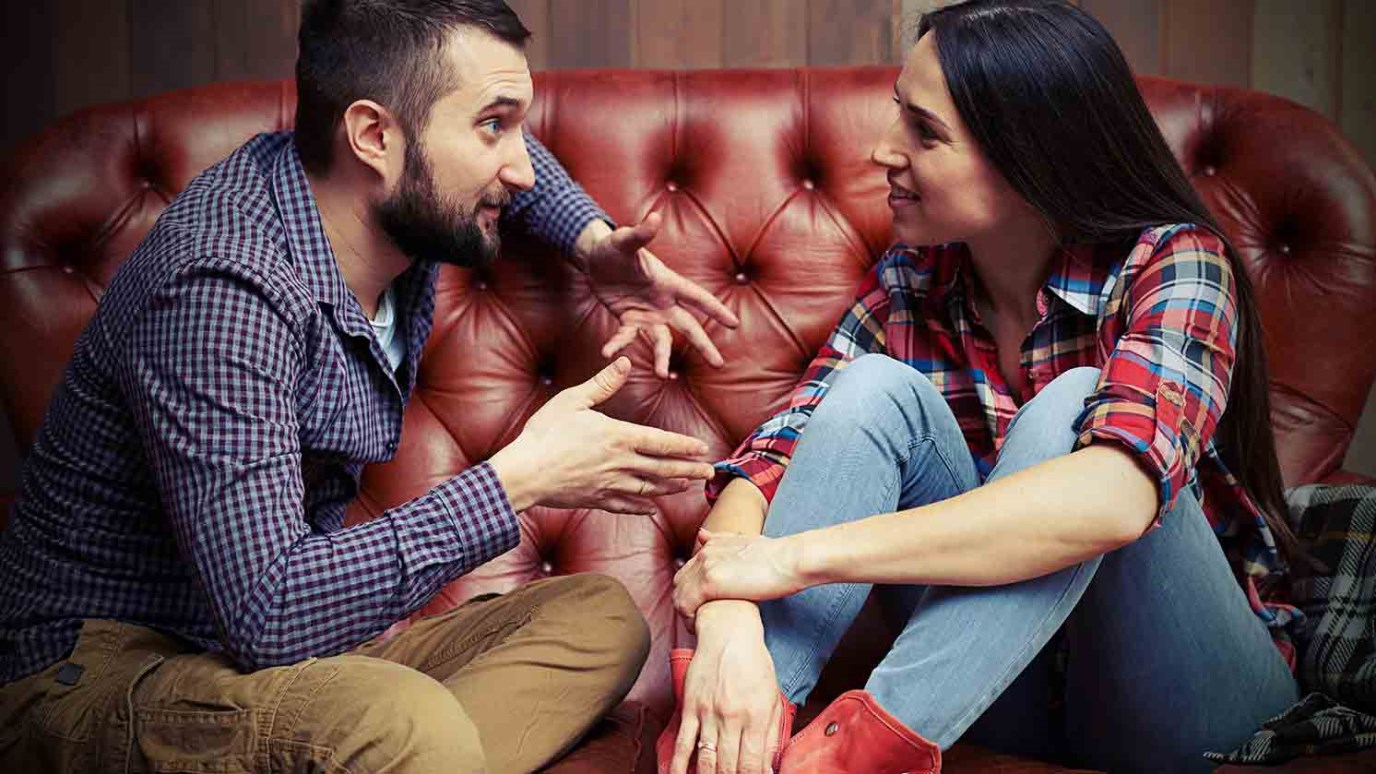 Conventional wisdom says it takes two to save a marriage, but Amy and Michael Smalley share the story of the "power of one" to help us understand our tremendous individual influence—in our marriage and in our life.

Their faces were filled with anguish as they approached us after one of our sessions at a marriage seminar. They wanted to smile, but years of unhappiness and regret had taken its toll on them. We thought we knew what their question was going to be, but we couldn’t have been more surprised by what the husband said first:

Can you fix this marriage in 30 second or less?

Wow. We would like to fancy ourselves as talented and productive relationship consultants, but this guy was asking for a miracle—and he was serious. Thirty seconds or less? Are you kidding? But then it hit us—like Mike Tyson hitting Michael Spinks—but it took less than 92 seconds for us to come up with his answer:

You want to fix your marriage in 30 seconds or less? Then start with changing yourself and decide to be a loving, supportive, active, and growing husband.

Not surprisingly, he didn’t take to our answer. This guy is like a lot of people in our country. America is no longer the land of the free and the home of the brave, but more accurately the land of the irresponsible and home of the no-fault lawsuit; the demise of our relationships is  the proof.

It’s about time we all start growing up. Being an adult does not mean things become easier; in fact, it really means things become more difficult because, as adults, we are responsible for all of our own actions and feelings. We can no longer be victims, as we were as children, but instead we must start assuming the power of one...which is the simple solution to a happy marriage.

The old saying that it takes two to save a marriage could not be more wrong. We’ve seen marriages experience the warmth and grace that God intended because one spouse decided to make a change, which always results in the marriage—or any relationship for that matter—experiencing real change, and usually in a positive manner.

Perhaps you’ve heard of the story from a Turkish village that was devastated by an earthquake. Earlier in the morning, just before the quake hit the village, a young father had dropped his son off at school. It was just like any other day, and like all the days before, the father told his tiny son, I’ll be back to pick you up after school. The little boy always made him promise. "Promise?" the boy said to his reassuring father. "Yes, son, I promise."

The earthquake hit sometime in the middle of the school day, and it was ferocious. The earth moved with such force that every building in the village was completely destroyed, including the elementary school where the father had dropped his son off that morning.

The entire village headed for what remained of the collapsed school. When people started arriving they were met with horror. The school, once a haven for protecting the children, was no longer standing. But the worst part was not the sight of the fallen school or the total devastation from the earthquake—no, the worst part was that there were no screams to be heard from the rubble. No moans or cries from children trapped in the wreckage—only the terrifying silence after the storm.

Immediately rescue workers and parents began to remove the stones and splintered wood beams to try and find any survivors, including the young father who had promised his son he would return to pick him up.

Hour after hour, the hopes of a village sank as one dead child after another was pulled from the pile of debris. Soon parents and rescue workers began to lose all hope that any survivors would be found. After a full 24 hours of continuous digging, many families and friends began to disappear along with their hopes of finding their precious children. All the families but one: The little boy’s father was still digging.

After 48 hours, many of the rescue workers were leaving the site and begged the young father stop,  hoping and accept the fact that his son was dead. But the father would not hear any of them. He had made a promise to his son, and no one could pull him from the rubble. All he'd had for sustenance the last 48 hours was what little water people had offered him. His fingers, hands, elbows, and knees were bleeding and cut to the bone from the continual lifting and moving of the heavy stones.

It had now been almost three days since the tragic earthquake had destroyed the elementary school. No one was left digging—except that young father. People in the village had accepted the fact that this young father was going to die on that pile of rubble along with the children. But the father was determined. Several rescue workers watched as the father continued to dig, tears streaming down his face, desperate to find his son who he had promised to see again.

Suddenly, out of the dust and chaos, the young father heard a slight but proud voice come from beneath the rubble: Daddy? Is that you daddy? The little boy heard the digging from above him, where he and 19 of his classroom friends had survived the quake because of a God-inspired pocket of space and clean air.

Yes! Son, it is me your father! The young man could hardly believe his ears. But his energy quickly renewed and he kept digging toward the voice of his little boy who was telling his classmates, See. I told you my daddy would come for us. He promised me he would.

This is the power of one (or personal responsibility) and it is the simple solution to a happy marriage. You cannot hope that your spouse does the work that you need to do. If you want your relationship to be better, then be better yourself. The power of one is about understanding that you have tremendous influence over relationship when you focus your energy on being the kind of person you want your spouse to be.