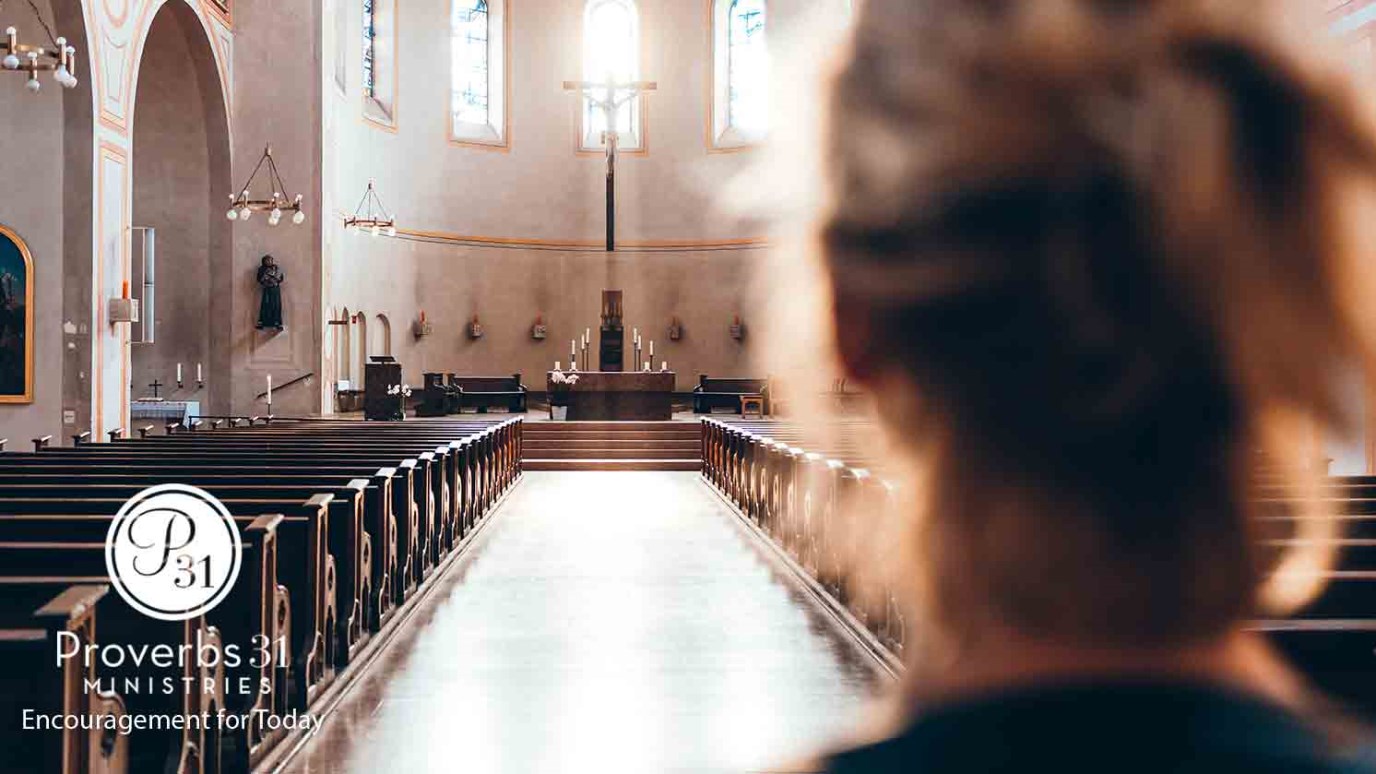 Maybe you raised your son or daughter with love. You provided a safe place. You showed them Jesus, and yet somehow they lost their way. Never forget, the Father loves you and your child.

"Now faith is being sure of what we hope for and certain of what we do not see." Hebrews 11:1 (NIV)

When he first started drinking, she and her husband weren't sure what to do. Then he was arrested. Soon after they discovered he was using drugs. For the first time in her life, Mickey felt helpless as a mom.

Mickey's son was raised in church and he once served as a leader in his youth group. Their home was a safe place where faith was lived out. And yet her son continued to spiral downward, no matter what they did. The night he broke into their small business and emptied the cash register was the bleakest night of all.

Mickey looked around the church and realized there were other moms with similar struggles. She started a Prodigal Prayer Group that met on Tuesday nights. They prayed one year, two years and then three.

Mickey saw others' children come back to their faith, but her prayers for her own son seemed to be going nowhere. Nonetheless, she continued to show up, joining in strength and support with other praying mommas.

I wish my sweet friend had a video camera recording her son through those dark days. I wish she could have seen Austin rediscover his faith, overcome his addictions, and see him grow into the godly man he is today.

But the reality is that Mickey didn't have a video camera. All she had was her faith. Faith that was tested over and over.

She was aware of the realities of her son's choices, but she continued to pray. She continued to believe. She had to make hard choices like setting boundaries. She had to listen to other moms whose children were not straying and who did not understand her struggle.

Mickey says that during that time she began to see Austin through the eyes of faith. She knew that it wasn't in her power to change her son, but that God could be her source of strength as she stayed the course.

We often say we would do anything for our children. If someone had told Mickey that it would take years of praying and believing like she did without seeing any sign of change, I wondered would she still do it? Mickey says yes, she would.

Maybe you identify with my friend. You raised your son or daughter with love. You provided a safe place. You showed them Jesus, and yet somehow they lost their way. Today I want to encourage you. The Father loves you and your child. In Jesus' story of the prodigal son (Luke 15:11-32, NIV) we see a son who has hit rock bottom. He finally decides to go home and this is the reaction of his father:

"So he returned home to his father. And while he was still a long distance away, his father saw him coming. Filled with love and compassion, he ran to his son, embraced him, and kissed him. His son said to him, 'Father, I have sinned against both heaven and you, and I am no longer worthy of being called your son.'

But his father said to the servants, 'Quick! Bring the finest robe in the house and put it on him. Get a ring for his finger, and sandals for his feet. And kill the calf we have been fattening in the pen. We must celebrate with a feast, for this son of mine was dead and has now returned to life. He was lost, but now he is found." (verses 20-24)

Jesus told this story to illustrate the love of the Heavenly Father. The beauty of a praying momma is not lost in the chaos of your child's choices. You are not alone as you pray, because He's waiting, just as you are, to welcome your child in His embrace.

Dear Father, thank You that You love my child even more than I. I am not alone. You are with me. Walk with me today. Give me Your strength. Give me renewed hope and eyes of faith. In Jesus' powerful, precious Name, Amen.

Reflect and Respond:
"Prayer does not change God, but it changes him who prays." Soren Kierkegaard

How is my faith being stretched as a parent? What moms could I Invite to join together and commit to praying for our children?

Power Verse:
1 Thessalonians 5:11, "So speak encouraging words to one another. Build up hope so you'll all be together in this, no one left out, no one left behind. I know you're already doing this; just keep on doing it." (MSG)

Just as You Are
Steve Noble