A Pig Tale From Rwanda 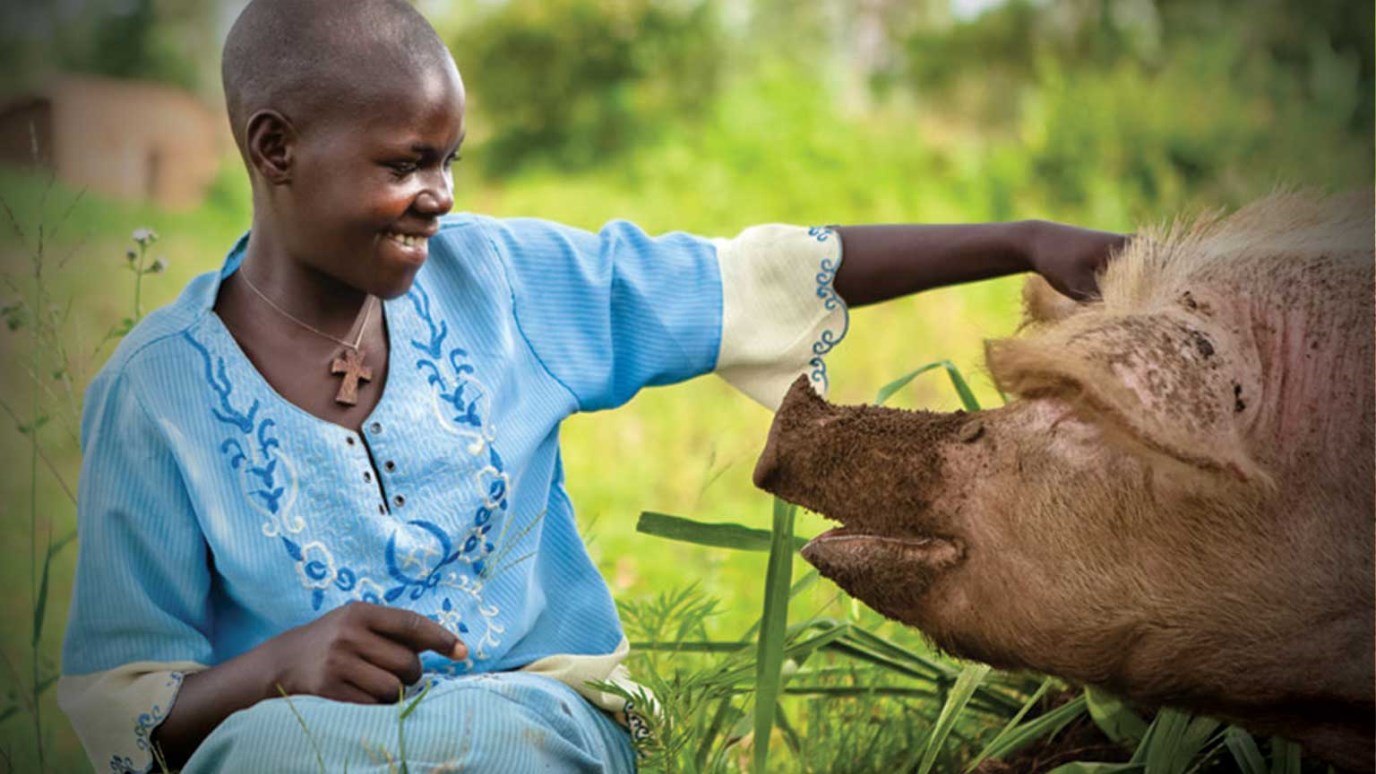 How can the gift of pigs help keep a family out of poverty while creating hope and opportunity? Read this inspiring story from the Kahi community of Rwanda to find out.

How can the gift of pigs help keep a family out of poverty, while creating hope and opportunity? Read this inspiring story from the Kahi community of Rwanda to find out.

Anataria Kamariza’s rather rotund pig roots around in a muddy hole near the family’s garden, the picture of a piggy in the sunshine. Reddish brown fur shines on her back and flop ears; down below and on her quivering, inquisitive snout, she’s caked with dirt.

“Ingurube!” 11-year-old Anataria calls out happily as she brings her fat friend greens to eat.

Ah, the good life for a pig.

Anataria’s parents, Boniface and Marie, grow maize and beans to keep food on the table, but pig and her three sets of piglets have kept the family out of debt since pig became the family’s patron three years ago.

Anataria was the first to benefit. A month after the first piglets were born, Anataria became deathly ill. It was typhoid.

“She spent a whole month at the hospital,” says her mother, Marie. Three little piggies went to market, and the family was able to pay the medical bills in full, with a little left over for household goods.

When the second set of piglets was born, they went to market -- and Theoneste Ndayishimiye, Anataria’s 15-year-old brother, went to high school. Hurray!

“If we didn’t have the pig to help us pay the school fees and medical bills, I would be borrowing money,” says Boniface. “I would be in debt, and it would be hard for me.”

Three pigs from the second litter went to the farmers’ cooperative to build up its loan capital; and three from the next batch, too.

“They sell the piglets, and the money goes back to the cooperative to help other members, who have nothing,” explains Zacariah Ubarijoro, co-op president.

Starting with ten pigs from the World Vision Gift Catalog and continuing with their curly-tailed offspring, the Kahi community tells tale after tale of pig-powered success.