A Mother's Prayer for Syria 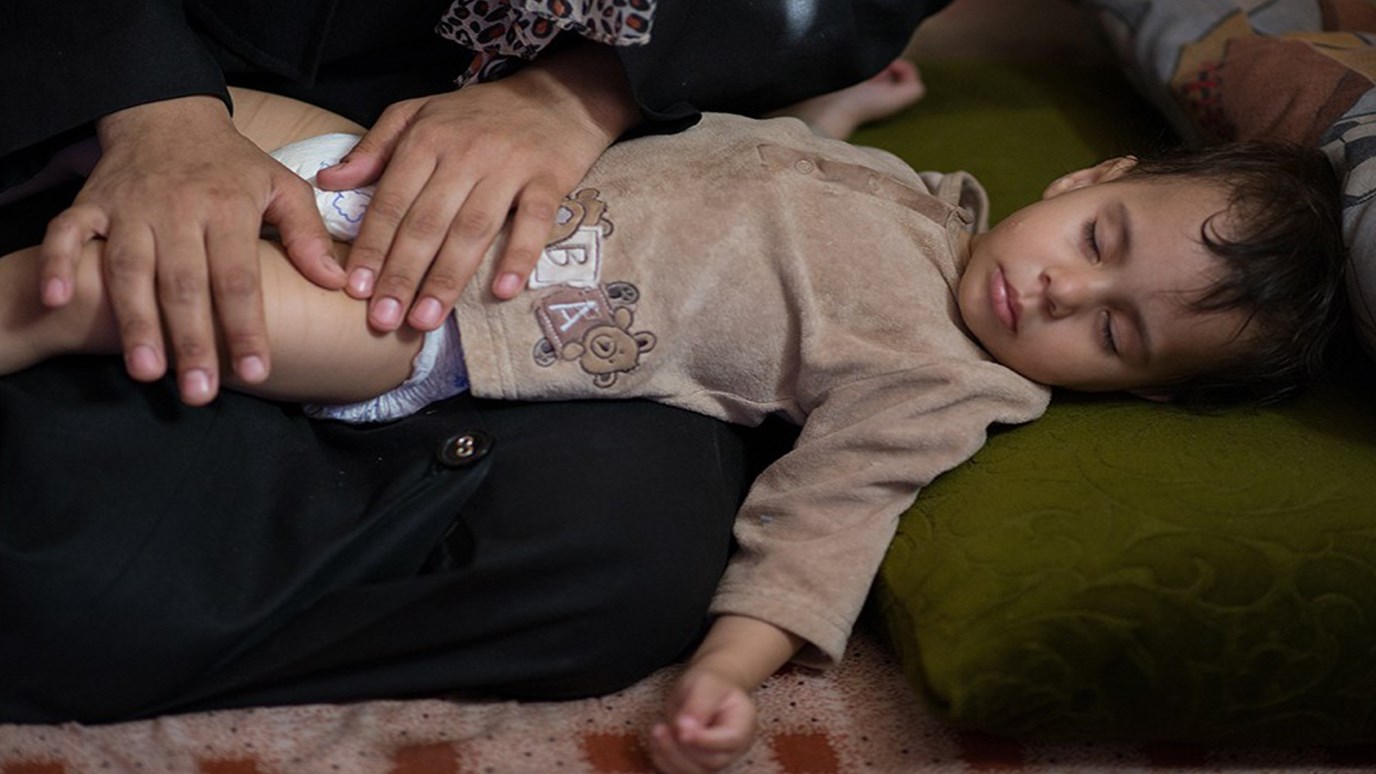 This is the prayer my mother taught me to pray every night before I snuggled down in my warm, safe bed. For years it is how I began my prayers, even long after I considered myself an adult.

It wasn’t until I became a mother and started to teach my own children to pray that I actually thought about the significance of the words, “If I should die before I wake.”  What a dark and threatening thought to plant in a child’s head right before they go to sleep — what was my mother thinking?

But when I saw the picture in the recent World Vision magazine of a Syrian refugee mother holding her sleeping child, I remembered my childhood prayer and wondered if this mother led her son in a similar prayer as she settled him for the night.

How do you teach a child to trust that his prayers are heard by a loving God when he has been dragged from his safe, warm bed and forced to flee from a war that not only explodes around him, but can also creep on silent feet under the doorway and into the very air he breathes?

It is hard to believe that it has been six months since I wrote my first reflection about the gassing of Syria’s people. The images I saw of an entire family slumped over the kitchen table as though they had fallen asleep under some evil spell will never leave me.

Unfortunately, while the most powerful people on the planet struggle to reach a “consensus” on how to stop the violence, the nightmare goes on. As of Feb. 20, 2014, more than 6.5 million people were homeless within Syria and about 2.5 million had fled to neighboring countries — 1.2 million of those refugees are children.

If they are fortunate, their families find refuge in neighboring countries, maybe in a camp where World Vision is working with the U.N. and other relief agencies to provide tent housing, food vouchers, clean water, basic sanitation, education, and Child-Friendly Spaces where children have the luxury of being kids.

But despite our best efforts, life for these children is hard. Little ones like the sleeping child who touched my heart are especially susceptible to malnutrition and diseases related to overcrowding and poor sanitary conditions. Many suffer from diarrhea and dehydration, and the cold winter weather brings additional threats to their health.

As if that were not enough, in some places there have been outbreaks of polio and measles. Children under 5 are particularly vulnerable since they have not received regular inoculations to guard them against these old and dreaded plagues.

For millions of homeless and desperate Syrians, reaching the safety of a refugee camp or settlement is their only hope. Recently CNN reported on the attempts of U.N. workers to help Syrian families escape from the besieged city of Homs. A video clip shows dozens of people surrounding several vans. A voice comments that are not enough vehicles for all the waiting families, while a woman searches desperately for her lost son. “How can I leave without him? He is my son,” she says, screaming out his name.

I do not know how her story ended — whether she got in a van and drove to safety or if she stayed behind to find her son — but her words haunt me.  How does a mother make that kind of choice and why should she have to?

Another video showed a startling image of a 1-year-old, her big eyes staring out from her tiny body. Her mother had finally managed to get her to the hospital, but even the miracles of modern science could not save her.  “There is no sugar, no milk, no bread,” wailed the grieving mother, desperately needing to convince those around her — and I suspect herself — that she did all she could to keep her baby from starving to death.

She did all she could.

As I type I feel the tears come again and I am grateful for a heart that is still broken by the suffering of strangers.  God calls us to weep with those who weep and mourn with those who mourn. But He does more than that. He also calls us to do what we can to ensure that the prayers of mothers like these are answered and that one day the children of Syria will once again be safe in their beds.