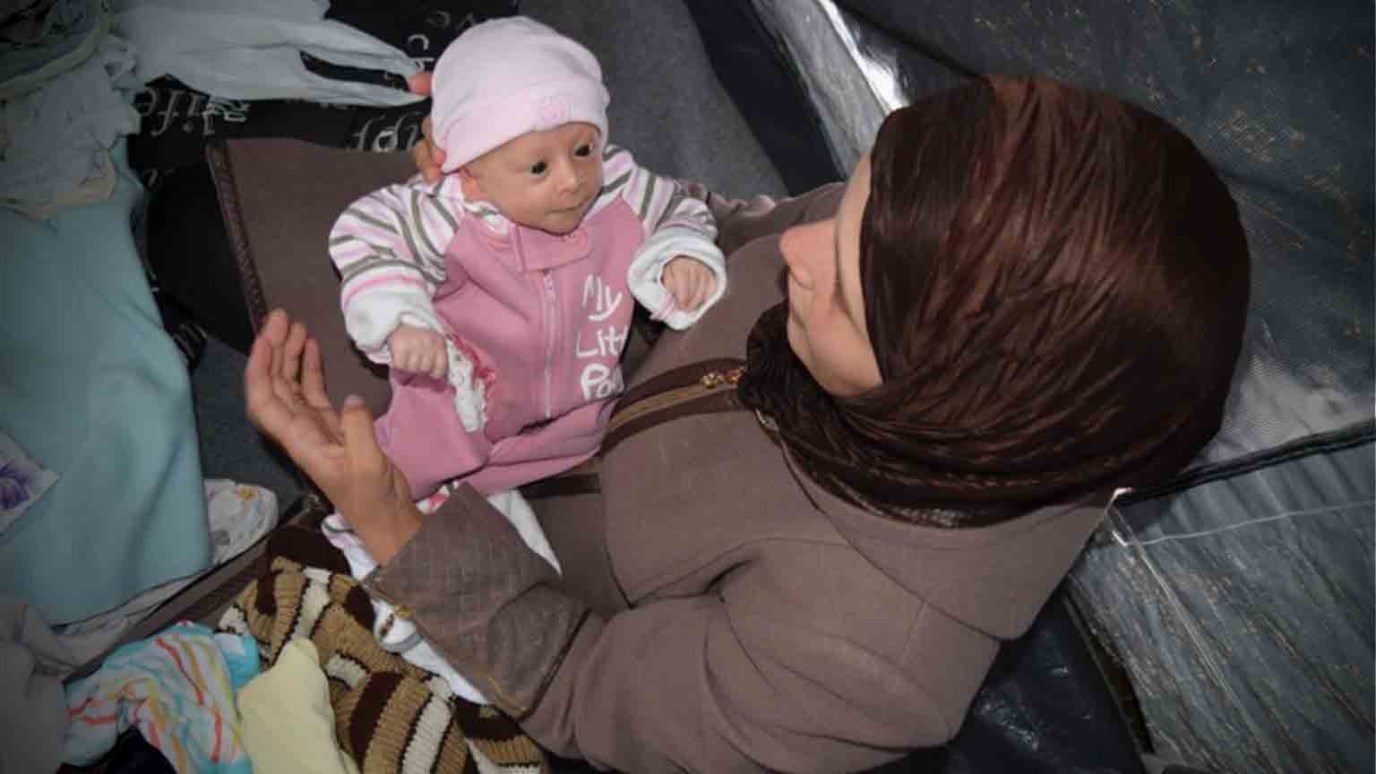 A refugee mother and child rest in the privacy of a tent near the border crossing between Serbia and Croatia.

Thousands of refugees and migrants have crossed the Serbia-Croatia border near the Croatian village of Bapska. According to the Croatian interior ministry, more than 5,000 people came into the country by that route on Oct. 4.

Four-month-old Abdulah and his mother from Syria were among the first to stop for rest at a Child-Friendly Space (CFS) that World Vision and the U.N. children’s agency opened on that day. During its first day, 30 babies and children and 15 mothers used the CFS.

Abdulah’s mother was able to feed and clean him in quiet and privacy. Having a comfortable, private place to breastfeed can help mothers provide the nourishment and nurture their infants need.

For older children, the CFS tent with bright balloons hanging in its doorway gave them the chance to make new friends, work puzzles, and draw with colored pencils.

"It is very important to have space for women and children where they can have protection and privacy as well as some normalcy," says Weihui Wang, World Vision's program lead for child protection and participation.