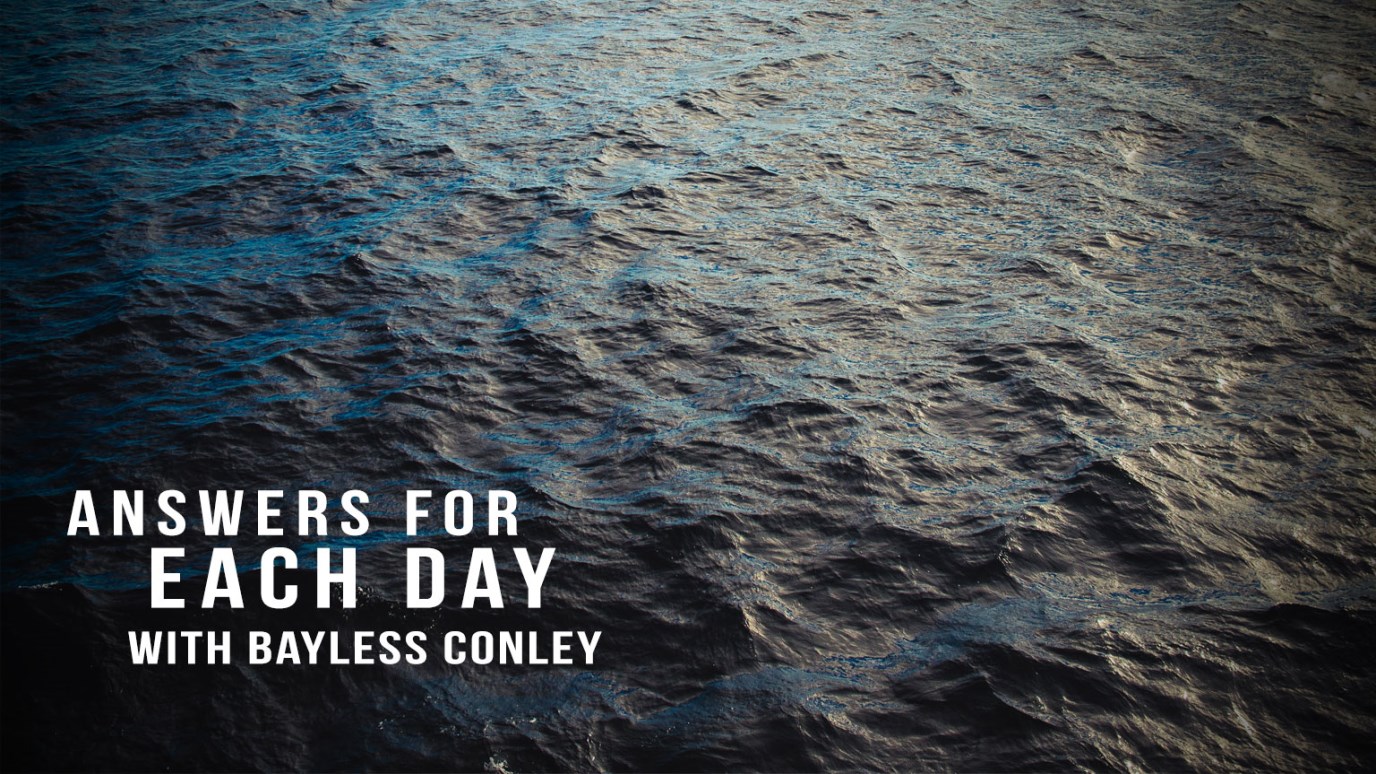 As you admit to those areas where you have lost your spiritual edge, God is going to restore it. God’s part is to make that ax head float once you have admitted where you have failed!

Once again I want to take us back to 2 Kings 6:6, which provides for us the sixth key to regaining your cutting edge.

So the man of God said, “Where did it fall?”  And he showed him the place.  So he cut off a stick, and threw it in there; and he made the iron float.

Perhaps you are wondering just what other principle for regaining your spiritual edge can come from this verse.  Well, there is one more, and it is critical to understand because it points to God’s part in the process of restoration.

I want you to look at the words, “And he made the iron float.”

I don’t know about you, but I have never seen an iron ax head float.  Clearly this was a miracle. God worked a miracle when the man did his part, looking to the master, taking responsibility, and going to the place where the ax head was lost.

You do your part; God does His part.  I like the King James Version as it says, …the iron did swim.  It was against that ax head’s nature to swim, but God made it swim.

God brings the restoration.  He brings the healing.  He brings back that sensitivity and usefulness to Him.  I pray that right now God is at work in your heart, and you are responding, making adjustments…regaining your cutting edge.

As you admit to those areas where you have lost your spiritual edge, God is going to restore it. God’s part is to make that ax head float once you have admitted where you have failed!

He can restore what has been lost, even if it takes His miracle power to do it.

How Can I Have a Confident Faith?
Bayless Conley

Gaining a Brother without Losing Yourself, Part 2
Bayless Conley
Follow Us
Grow Daily with Unlimited Content
Uninterrupted Ad-Free Experience
Watch a Christian or Family Movie Every Month for Free
Early and Exclusive Access to Christian Resources
Feel the Heart of Worship with Weekly Worship Radio
Become a Member
No Thanks