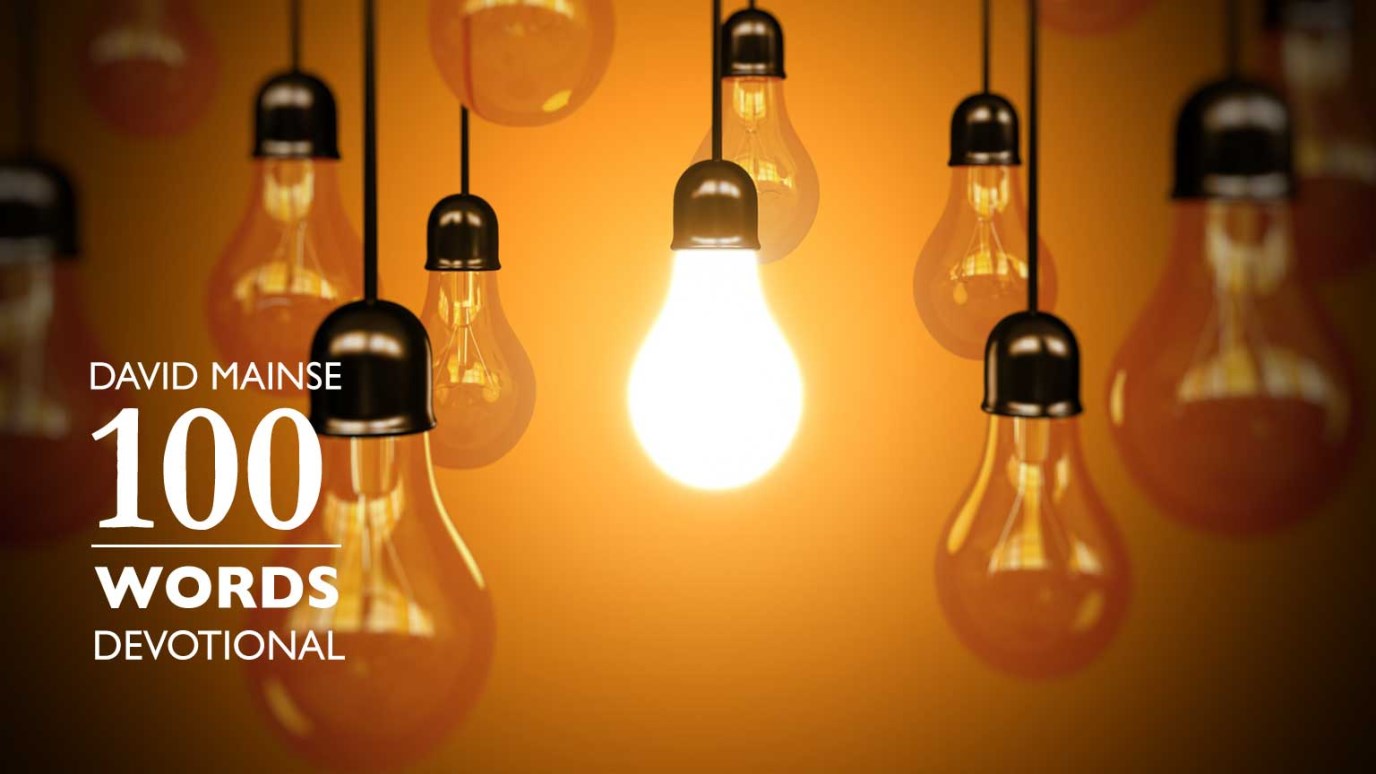 Consider the statements of Jesus before and after He declared, “I am the light of the world” (John 8:1-20). In Christ we’ve moved out of the darkness into the light.

Yet the Lord would not destroy Judah, for the sake of His servant David, as He promised him to give a lamp to him and his sons forever.

The writer must have caught a faint glimpse of the glory that was to come, that of Jesus, son of David. He spoke prophetically when he wrote that God had promised David a lamp, for Jesus is the light of the world, a light that shines more brightly than many lamps. Consider the statements of Jesus before and after His “I am the light of the world” declaration (John 8:1-20). In Christ we’ve moved out of the darkness into the light. The servant of Elisha, Gehazi, became a leper. We considered the possibility that Gehazi may have been one of the lepers who said, “We are not doing what is right. This is a day of good news and we remain silent” (2 Kings 7:9). He may have repented and the leprosy healed, because here we see him back in his job as Elisha’s assistant. This is speculation, as we are not told the details. God’s mercy “endures forever.” Psalm 136 repeats this phrase 26 times in the 26 verses.

Lord Jesus, You light up my life. I pray for grace to always walk in the light as You are in the light (1 John 1:7). In Your bright and shining Name I pray, Amen!

I’ll never forget the morning that Debbie Boone appeared on 100 Huntley Street in the late ‘80s. Her hit song You Light Up My Life had been at the top of the pop charts. She was in Toronto in a stage production where she was playing the part of Maria Von Trapp in The Sound of Music. As we entered into our prayer time before going to air, Debbie sobbed, saying to the Lord, “It’s been so long, so long Lord.” She was experiencing the presence of the Lord in our Green Room as we knelt in prayer, and with her busy schedule, even though she knew Jesus as her Savior, she had not taken the time to let His Light permeate her daily experience. I trust I’m not being too repetitive when I write again…Jesus changes everything! I pray again, “Lord Jesus, I throw open the blinds that hide or dim Your Light. I see You Jesus. Shine Jesus shine.” As the Scriptures say, “But we see Jesus who was made a little lower than the angels, for the suffering of death, crowned with glory and honor, that He, by the grace of God, might taste death for everyone” (Hebrews 2:9).

Caught in a Trap
Gary McSpadden

How You Can Live Life to the Fullest
Pete Briscoe

The Sword of the Spirit
Brandon A. Cox

A Moment of Truth
Gary L. Selman
Follow Us
Grow Daily with Unlimited Content
Uninterrupted Ad-Free Experience
Watch a Christian or Family Movie Every Month for Free
Early and Exclusive Access to Christian Resources
Feel the Heart of Worship with Weekly Worship Radio
Become a Member
No Thanks