A Joyful Birth, but Hard Times Ahead for Syrian Child 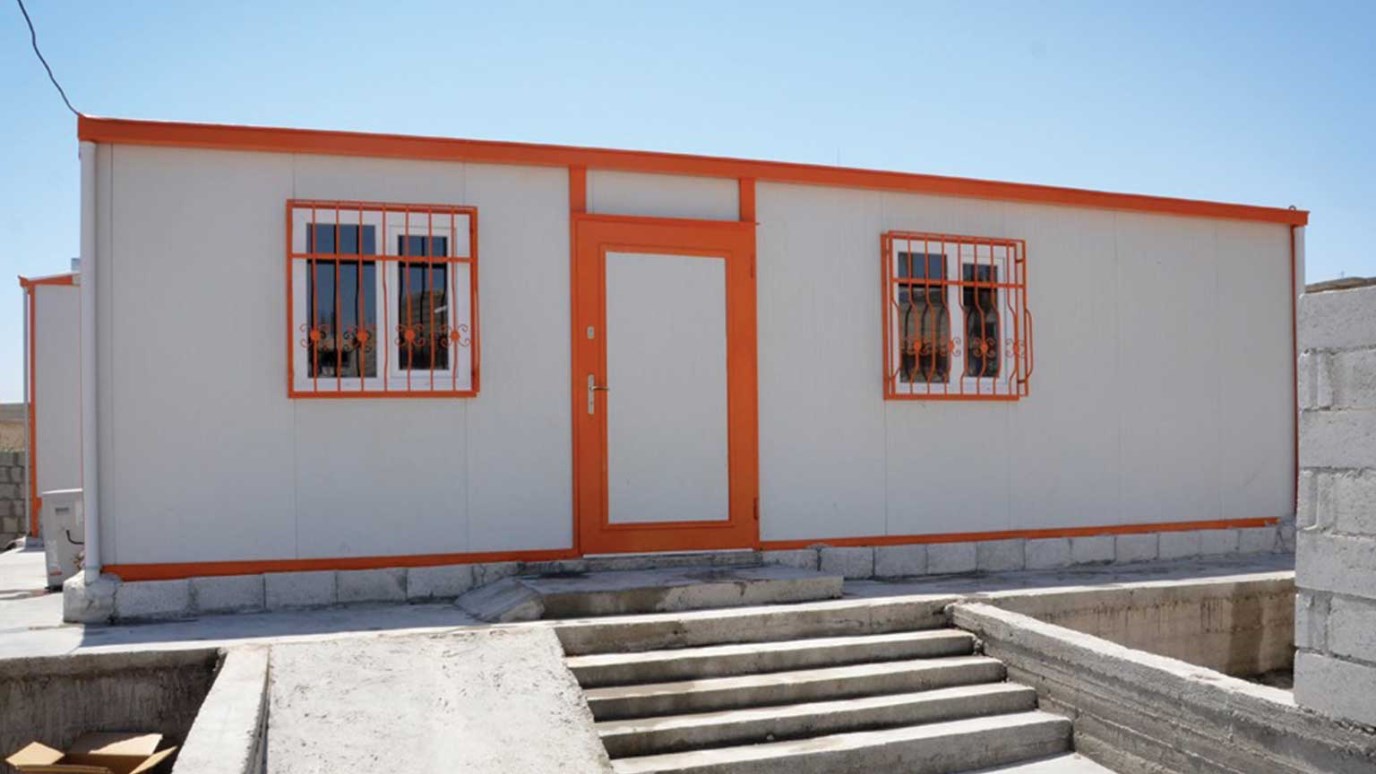 A primary health clinic that World Vision opened in Syria provides care for all, but children under age 5 make up four out of 10 of the patients seen by the two doctors, nurse, and midwife.

The residents of a camp for internally displaced people (IDPs) in Syria are celebrating the birth of a baby boy. Muhamed was born July 22, just hours before a more famous birth in Britain. Like the royal heir, he is the first child of his 15-year-old mother and 20-year-old father. His parents are delighted.

Muhamed weighed a little more than 6 pounds and started breastfeeding right away. Today, he is waking up to his life as an IDP in Syria. He is one of more than 3 million children in Syria who have, with their parents, fled their family homes, land, and jobs.

The newborn's mother was cared for in a primary health clinic that World Vision opened a month ago in a Syrian town that has seen its population double by the influx of IDPs. She started labor in the clinic, but had to be rushed to a nearby midwifery center with complications just before the birth.

Muhamed is the second baby born this week to this community. The first, a girl, was born in a hospital an hour’s drive away, a journey over rough road and through multiple checkpoints. World Vision covered the transport and hospital cost.

The new clinic provides care for all, but children under age 5 make up four out of 10 of the patients seen by the two doctors, nurse, and midwife. Children with acute diarrhea, respiratory tract infections, and skin disease make up 55 percent of all the cases seen by the clinic staff.

Dr. Hussein, World Vision’s pediatrician in Syria, says this pattern of ill health is typical at this time of year. Infections are due to high temperatures, scarce water, and poor personal and food hygiene. Overcrowded conditions in the 1,200-person camp make problems worse.

World Vision has been rehabilitating the water treatment and supply system for the district that is now home to 30,000 residents and 40,000 IDPs. New latrine and shower units were added in the camps, and communal kitchens were built to help improve food hygiene and so that people can stop cooking in their tents, which is a big fire risk.

Andrew Jalanski, the World Vision emergency response manager for Syria, says, “The work we are now doing is just a start in trying to meet the needs of children caught up in the crisis. We are expanding our work to other areas as quickly as we can. The needs are so great wherever we look. We have to go carefully though, because this is a very difficult environment to work in as the security situation keeps changing.”

World Vision works in Syria, Lebanon, and Jordan and has served more than 200,000 IDPs, refugees, and members of host communities.