A Heart for Healing 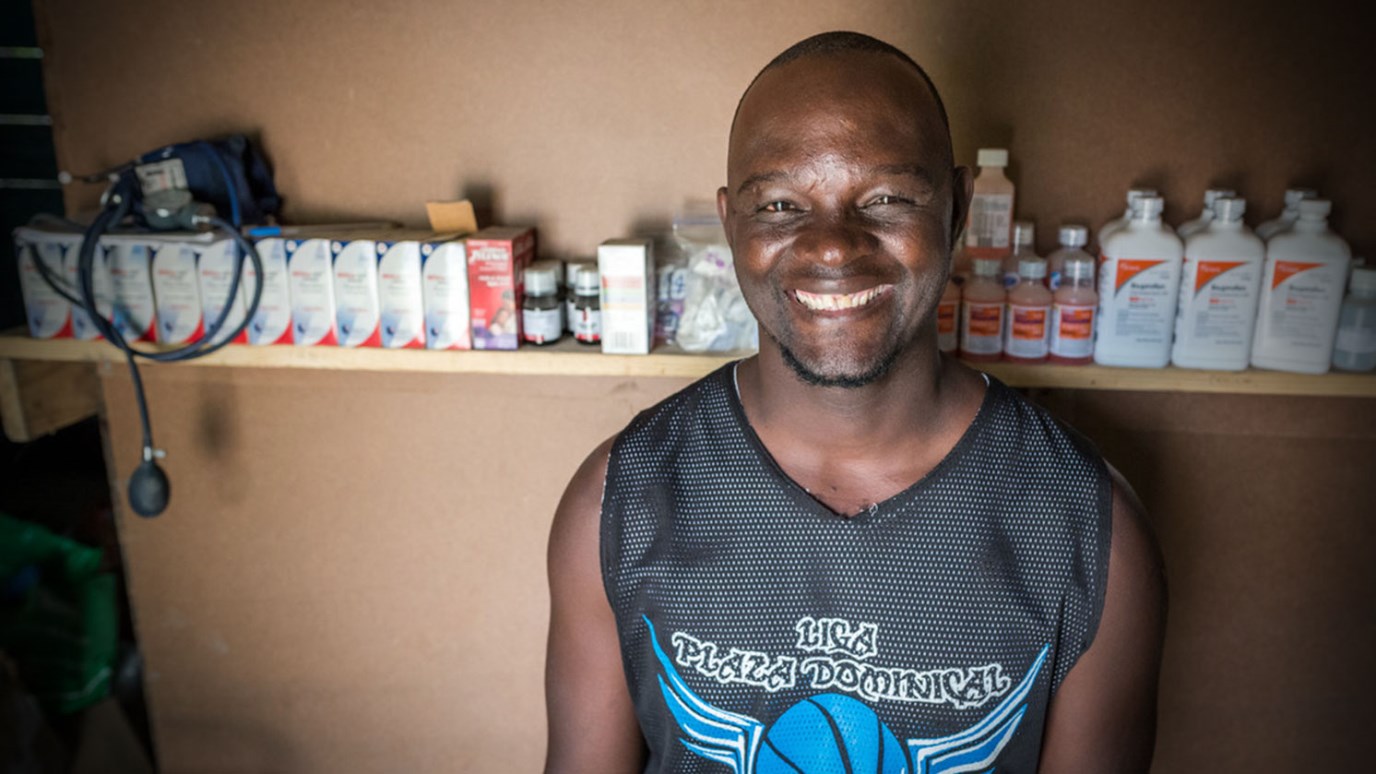 Now a physician, a former sponsored child in the Dominican Republic developed his interest in medicine through World Vision health programs.

Many years ago, an American family made a decision to sponsor a child named Jose Nicolas Ramirez.

At the time, all that family knew about Jose — who goes by his nickname, Jacobo — was what World Vision had printed on his sponsorship folder: a picture, a name and age, and the country in which he lived, the Dominican Republic.

Choosing to sponsor may not have changed that American family’s life all that much — certainly not the way it changed Jacobo’s. For him, it was the beginning of a life of helping and influencing others.

Though at the time he was much too young to fully grasp the impact of becoming a sponsored child, Jacobo does remember feeling happy. He became fully engaged in all that World Vision offered — from anti-bullying campaigns to education workshops to community wide holiday celebrations — and his journey began to change. His future could now include bigger and more exciting opportunities.

As a teenager, Jacobo started volunteering as a World Vision health education promoter in his hometown, Batey Altagracia. He credits a World Vision-led workshop for teaching him to wait to have a family so he could pursue education instead of working to provide for a family. Over time, while advocating healthy life choices to his peers, Jacobo discovered an interest in healthcare, medicine, and helping people.

That interest became determination when he volunteered at a World Vision-supported health program for orphans affected by HIV. There, he says, “I saw Dominican kids very sick, and some of them died. They are in my community, and we needed a doctor. So I said, ‘I need to be a doctor — that way I can help my people.’”

Jacobo is now 29 and a primary care doctor. Though offered residency assignments at the major hospitals in Santo Domingo, he turned them down to help people who couldn’t afford to make the long trip to the capital’s hospitals for treatment; Batey Altagracia has no clinic or nearby medical center.

Three times a week for two hours, after finishing a full day’s work at a government hospital, Jacobo arrives back in the neighborhood where he grew up. Neighbors greet him: “Dr. Jacobo!” Though exhausted, he smiles and chats with them.

Rather than going home to sleep, Jacobo walks a quarter mile toward a small green building. He unlocks its doors and windows. The building is stocked with donated medical supplies to treat asthma, pneumonia, skin fungus, and parasites.

“I wanted to be a superstar baseball player, but now I will be a superstar doctor in my community,” Jacobo says, as neighbors form a line at the door. He examines each person, listens to every story, and offers the people of his town hope and healing — all at no cost.

In addition to providing free medical exams, Jacobo is also a community leader: an advocate for the people of his town and a voice who speaks up on behalf of the needs and demands of those in Batey Altagracia. He is currently campaigning for the local government to pave the gravel road that runs through his neighborhood.

This too was inspired by his participation as a teenager in World Vision programs to eradicate child labor and promote literacy, where he taught children how to read and write. “With World Vision, I learned how to mobilize people and what our rights as citizens are,” Jacobo says. “The volunteer work opened my eyes to the reality in my community. This has been useful for everything we have achieved here.”

The family who years ago sponsored Jose Nicolas Ramirez couldn’t have known that the child in the photo would become “Dr. Jacobo.” But their sponsorship was the center of Jacobo’s domino effect in Batey Altagracia — one that is changing lives for the better.