A Hand to Hold When I Grow Old 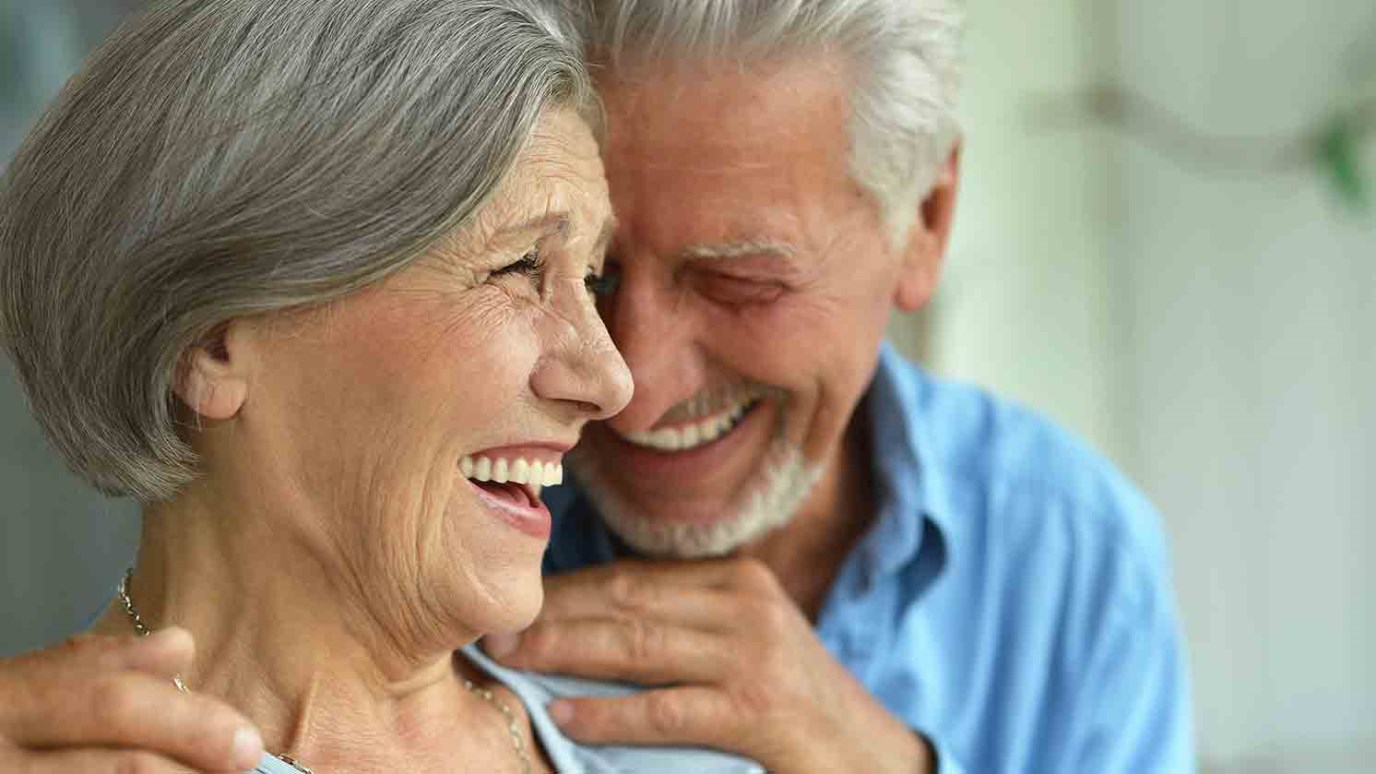 What can this couple — married 55 years — teach us about having a marriage that lasts?

My husband, David, and I went on a date to a local dinner theater. Before the show, our stage host made some welcoming remarks and then announced birthdays and anniversaries. A couple at the table just ahead of us waved when their names were called—Mr. and Mrs. Daughty.

They were probably in their mid to late 70s. He was dressed in his best suit, sitting tall with his arm around his wife. She was in a sky blue dress, hair and makeup fixed like a pristine China doll.

The man on stage entertained the anniversary couples asking, "How long have you been married?"

To which Mr. Daughty answered a resounding, "55 years."

The audience clapped in honor of the pair, an anomaly in a culture of marriages that have been ravaged by divorce.

After a few more announcements and some warm-up remarks from our host, the show began. We weren't too far into the first act when my husband gave me a nudge and gestured toward the Daughtys. We watched as Mr. Daughty tenderly placed his hand over his wife's. David leaned over to me and whispered, "I want to have that kind of marriage—the kind that still holds hands after 55 years."

Words from the wise

During intermission, I approached the couple to see if I could glean some wisdom from a life of long-lasting, hand-holding love. I asked how they maintained such a strong marriage in a culture of divorce, and Mrs. Daughty wasn't shy. She looked up at me with bright eyes and a soft face, "First of all, we're both Christians," she said. "And what's most important is keeping God the center." It was encouraging to see a Christian couple unashamed of their faith and bold about sharing its importance in marriage. In her list of marriage advice, this was number one.

"It's give and take," Mr. Daughty added. "You can't always have your way. Sometimes you've got to sacrifice."

"You won't always get along," explained Mrs. Daughty, "but you have to talk about things when they come up."

I confessed to them how David and I had seen them holding hands earlier. "We wanted to know, how does a couple stay in love?" I asked.

Mr. Daughty's answer was simplistically profound: "The same way you fell in love."

It was as if he was asking, "Is it really that hard?" And honestly, when I stepped back and thought about showing love, it isn't. When David and I started dating, we went out of our way to do anything for each other. We spent hours talking and making memories. During our engagement, I worked for days preparing a special surprise for his birthday, but I hadn't done anything close to that since we got married.

Most of us just stop trying to keep romance alive in our marriages. We stop looking into each other's eyes, taking long walks, dating, laughing … we give up showing love to each other. It didn't take much for Mr. Daughty to be romantic—all he did was gently reach for his wife's hand. That isn't physically hard for any of us, but how often do we make such small actions part of our daily lives?

Their last piece of advice was that in order to build a marriage that lasts, young couples must realize that marriage is for life. Mr. Daughty told of a woman who compared marriage to decorating a living room. She said that when you get tired of marriage, you just change your spouse "like changing your curtains in the fall." That's not the way it should be, they said. "Too many young couples don't realize that marriage is for life," says Mrs. Daughty, "but that's the way God set it up."

After talking with the Daughtys, I was struck by the simplicity of their advice: Keep God the center, talk about conflicts when they come up, always keep romance alive, and remember that marriage is for life. They didn't say anything that marriage experts haven't been saying for years—no special secrets, no magic formulas—just the simple truth. But what has made the difference in their lives is that they practice what they preach.

Anyone who wants to know how to have a lasting marriage can find the answers, I realized. But knowledge does no good without heart. Now I must choose to follow through with my actions. When times get hard will I choose to believe that marriage is for life? When aggravations start to build, will I choose to talk to my husband rather than store bitterness? When the romance in our lives starts to wane, will I choose to do the little things that show my husband I still care for him more than anyone else in the world?

Having a marriage that lasts isn't easy in our culture, but God's Word promises that through Him we can do all things because He gives us strength (Philippians 4:13). I wonder if divorce were not an option, how many Christian couples would find a way to make their marriages succeed?

True Pleasure
Focus on the Family