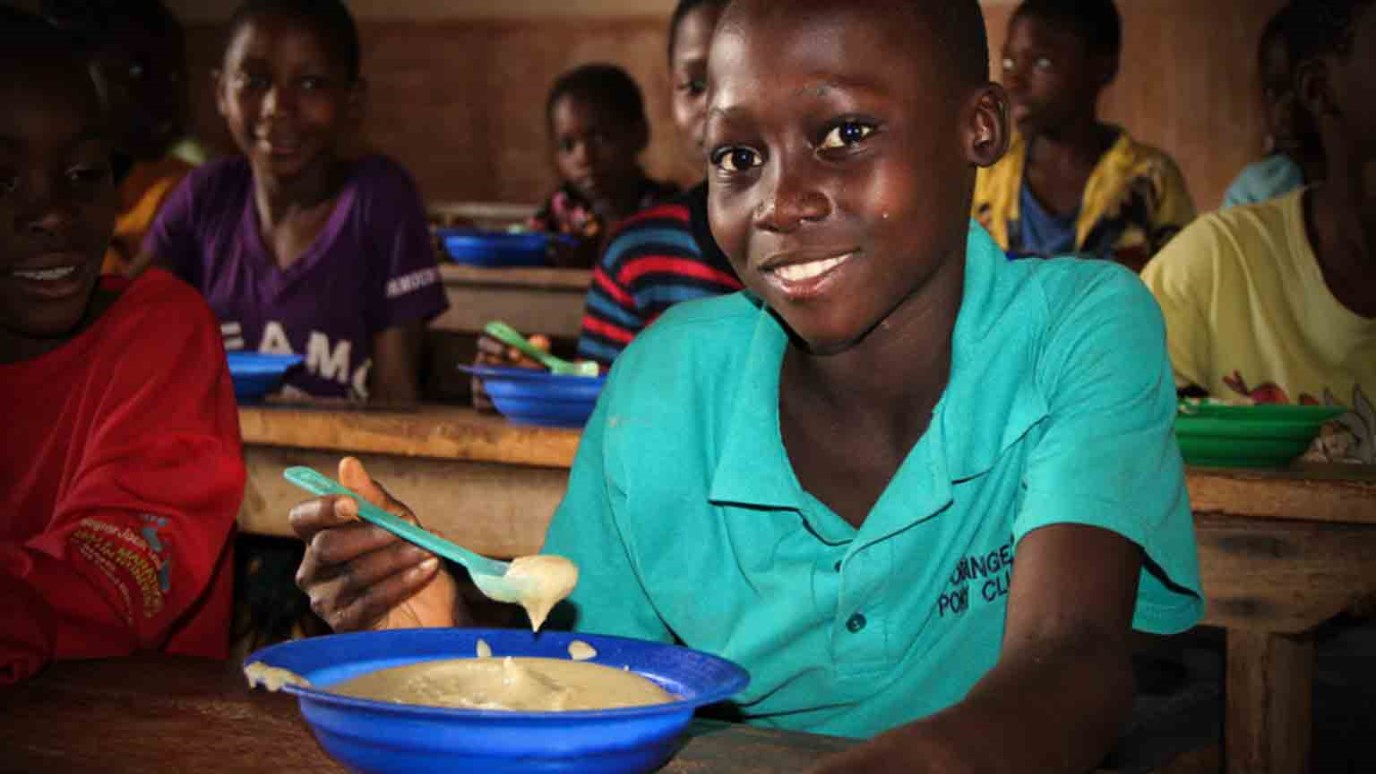 Tobias Arlindo, 12, eats a corn-soy blend porridge at his school in Mozambique.

About 15 million – that’s how many of southern Africa’s poorest children depend on school lunches to stay in school and to have enough nutritious food to eat.

This year, a super El Niño dry spell scorched the land, devastated crops, and caused food supplies to dwindle. Cattle are dying, and villages are selling livestock they can’t feed at giveaway prices.

Rudo says Malawi, Zambia, Mozambique, Democratic Republic of Congo (DRC), Lesotho, Angola, and Zimbabwe already had some of the worst nutrition rates in the world. In almost all countries in southern Africa, more than 20 percent of children have stunted growth, a sign of prolonged malnutrition.

Along with the World Food Program and other aid agencies, World Vision is responding to the drought and food insecurity. Meeting the needs of 2.3 million people in areas where World Vision is already working will take an estimated $70 million.