A Good Dad, an Everyday Hero 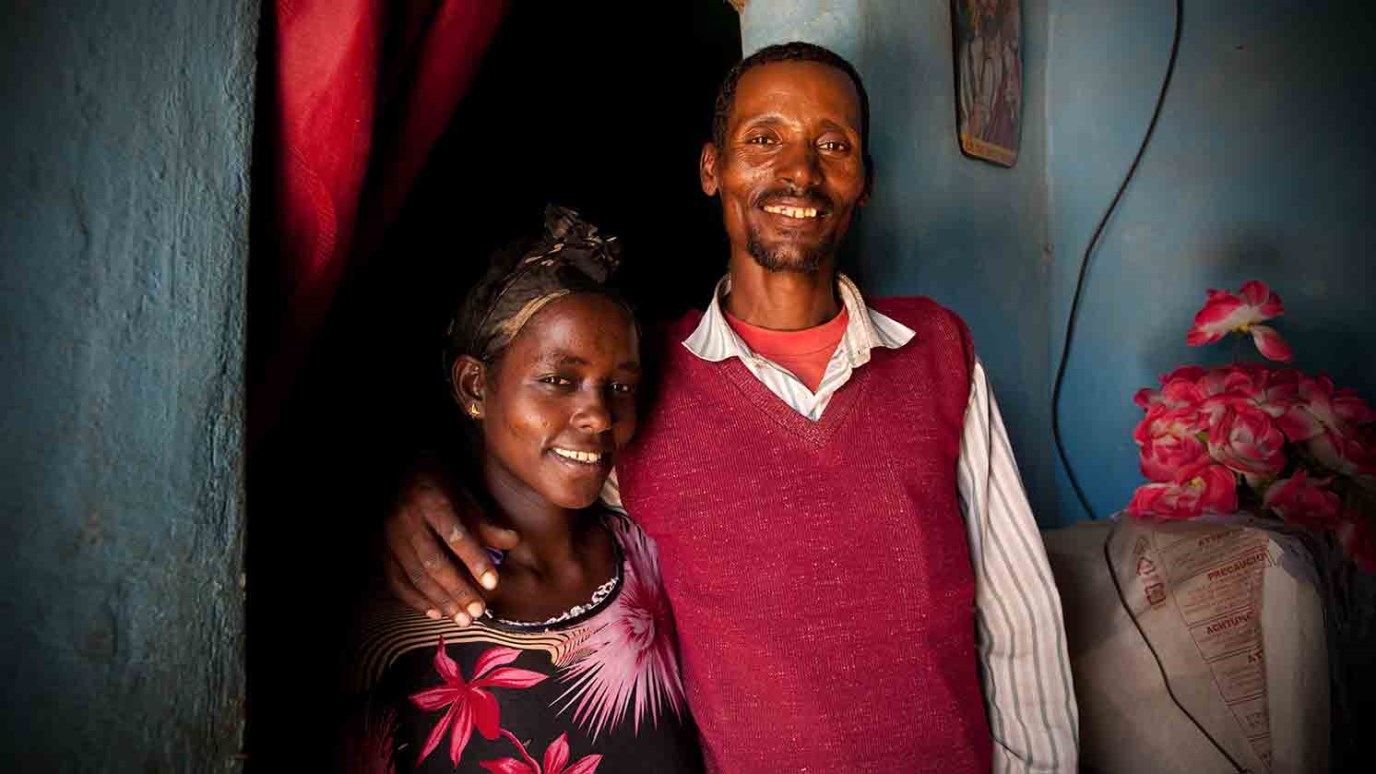 We don’t always appreciate the miracle of a plain and ordinary but good life. Too often, we fail to value the dad who is simply present. He helps out with schoolwork, shows up at Little League, and brings his paycheck home.

It’s easy to assume that human lives are meaningful when something special happens to make us pay attention. We celebrate the Olympic heroes, those who make great leaps in advancing science, or the industrial tycoons who create the products for which we are willing to stand hours in line. It’s the people we read about, the people we see on television, the decision-makers who really matter. The ordinary, faithful dad doesn’t rank.

Well, that depends on who you are.

Eshetu and Alemu Tulema don’t take for granted their own faithful father. When they were younger, their dad, Bzuneh, was the village drunk. Bzuneh, his wife, and their children live in Ethiopia, where I visited them a few years ago.

“I was a drunkard,” Bzuneh told me. “When I was drunk, I beat my wife. I abused her. Whatever I made, I spent on local beer.”

Bzuneh kept his family in poverty. He earned just $15 per month. His children didn’t attend school. “We were leading a poor life,” Bzuneh’s wife said.

Alcoholism is no easy addiction to kick. Roughly two-thirds of people who join a recovery program don’t stick with it after five years. It’s a dependency that ruins lives, preys on weaknesses, tears families apart, and grinds them into poverty. Yet Bzuneh wanted to change.

A story of transformation

“I went to church,” he told me. “I saw the lives of changed drunkards.” Bzuneh and his wife became Christians. Miraculously, Bzuneh testified, “It took one week to quit.”

Bzuneh’s paychecks started coming home with him to the family. He started paying the school fees for his children. A tall, thin man with a goatee, Bzuneh looks at his wife and says, “I want to buy good things for her. I wish good things for her always. Without her, my success would not be possible.”

What a transformation! This is the man who used to spend his money on beer, get drunk, and beat his wife. Now, he cares for his family, helps his children with school, and buys his wife only the finest.

Through a World Vision training program, Bzuneh raised his $15 per month income to $170. He owns cattle, goats, a television, and a cell phone.

The best development programs can’t replace a good father. Bzuneh’s children now attend school and enjoy a new standard of living. “Before, we were poor,” his sons say. “Now, we are changed because of our family.”

Bzuneh’s wife appreciates the change her husband has made. “We are leading a good life,” she says. When Bzuneh changed, he changed his family.

Faithfulness, simple and ordinary, is miraculous. A good dad is a true hero.

Today, Bzuneh is a simple farmer. Nothing special, nothing out of the ordinary. Yet he is a hero to the people who matter -- his wife and children. And he’s an example to us all: The power of a dad choosing simply to do what dads do.

Nurturing the Burden of Serving
Lifetree