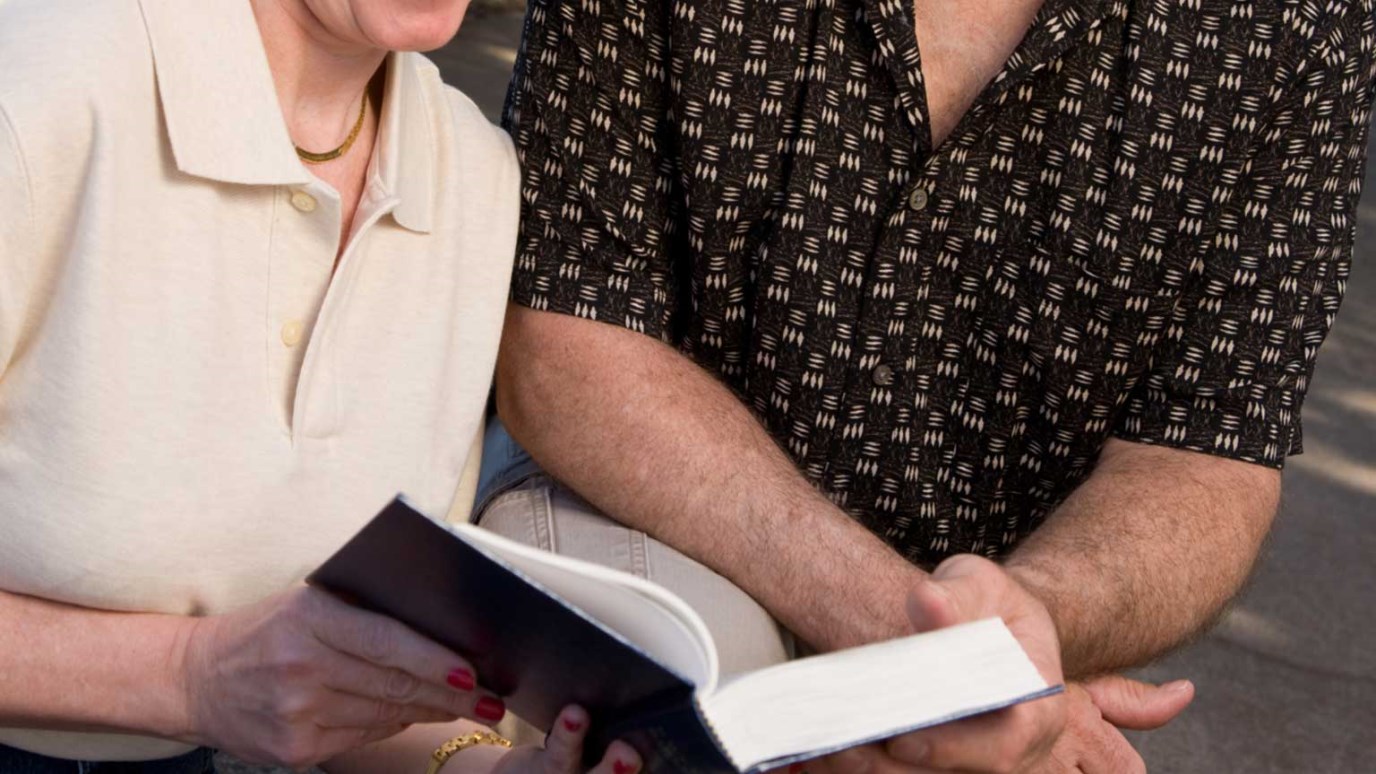 In order for America to be great, we must turn back to God. Share the good news of Jesus Christ with someone today!

The statement bothered me. The governor emphasized that in order to turn America around, we must once again believe in ourselves, and not in a benevolent leader in Washington who would take care of us. Although I agreed with him that those in Washington are not our hope, I was disappointed that no mention was made about the God of the Bible who made this nation what it is. The emphasis was placed on believing in ourselves. The truth is, it’s only by turning back to God and believing in Him, that our nation will once again be great.

I thought about the pilgrims and the reason they came to America. They didn’t come in search of an easier life or to become wealthy, they came in search of religious freedom. They desired to worship God according to the Bible and not as the Church of England mandated. Both the Government of England, and the Church of England were run by King James 1. Those who didn’t belong to the Church were in direct disobedience to the King. In the eyes of the King, this was nothing short of treason. The pilgrims were willing to leave everything they had known, to pursue what was truly important to them – God.

The documents drafted by our founding fathers were based on biblical principles, and became the basis for America’s laws. The sovereign authority of God and not man is clearly spelled out in the Mayflower Compact, Declaration, Constitution, and the Pledge of Allegiance, to name but a few. The Declaration establishes the existence of absolute truth, and the sanctity of life.

Give some serious thought to the following words from Faith Facts: It has been said that America has never been a Christian nation, or that our founders were a bunch of atheists, agnostics, and deists. But consider the facts. At least 50 of the 55 framers of the U. S. Constitution were Christians… Every single American president has taken his oath on the Bible and has referenced God in his inaugural address. Every one of the 50 state constitutions call on God for support. The Supreme Court, in 1892 after an exhaustive 10-year study of the matter, said: “This is a religious people. This is a Christian nation.” Even today, the Supreme Court opens each session with the verbal declaration, “God save the United States of America.”

The history of our nation is important. It has shaped who I am today. As a Christian, what is my responsibility before God and to my country? The writer of second Chronicles doesn’t mince words, “If my people, which are called by my name, shall humble themselves, and pray, and seek my face, and turn from their wicked ways; then will I hear from heaven, and will forgive their sin, and will heal their land, ” (2 Chronicles 7:14, KJV). The importance of prayer is echoed yet again by the Apostle Paul, “I exhort therefore, that, first of all, supplications, prayers, intercessions, and giving of thanks, be made for all men; For kings, and for all that are in authority; that we may lead a quiet and peaceable life in all godliness and honesty,” (1 Timothy 2:1-2).

When I humble myself, giving Christ His rightful place, I realize the answers for our nation don’t lie within man, but within a holy God. As I seek the Lord’s face and discern His will according to His word, I’m able to see my own sinfulness contrasted with His holiness. I’m given the opportunity to turn from my selfish ways and intercede for my nation’s leaders and all those in authority. As a result, the holy God of heaven will hear me, forgive my sin, and heal this land. Imagine the implications, if each Christian would believe these truths from the Bible and obey God. Our nation could once again be described as “one nation, under God…” With God in His rightful place, His purpose will be made known, “Who will have all men to be saved, and to come unto the knowledge of the truth,” (1 Timothy 2:4).

Have you considered the history of America? Will you humble yourself and pray for our nation’s leaders? In order for America to be great, we must turn back to God. Share the good news of Jesus Christ with someone today!

Prayer: Heavenly Father, Thank You for those who have given us a godly heritage. Help me to take my responsibility to You and my country seriously. It’s so easy to get caught up in living for self. I ask forgiveness for my sin and pray that I’d have the desire to seek You diligently. I pray for President Obama and Vice President Biden and all those who were newly elected as Senators and Congress men and women. Open their eyes to the truth of Your Word. Give me boldness to be a witness for You. In Jesus’ name, Amen.

Finding Contentment Is All About Perspective
Brandon A. Cox