A Gift of Hope 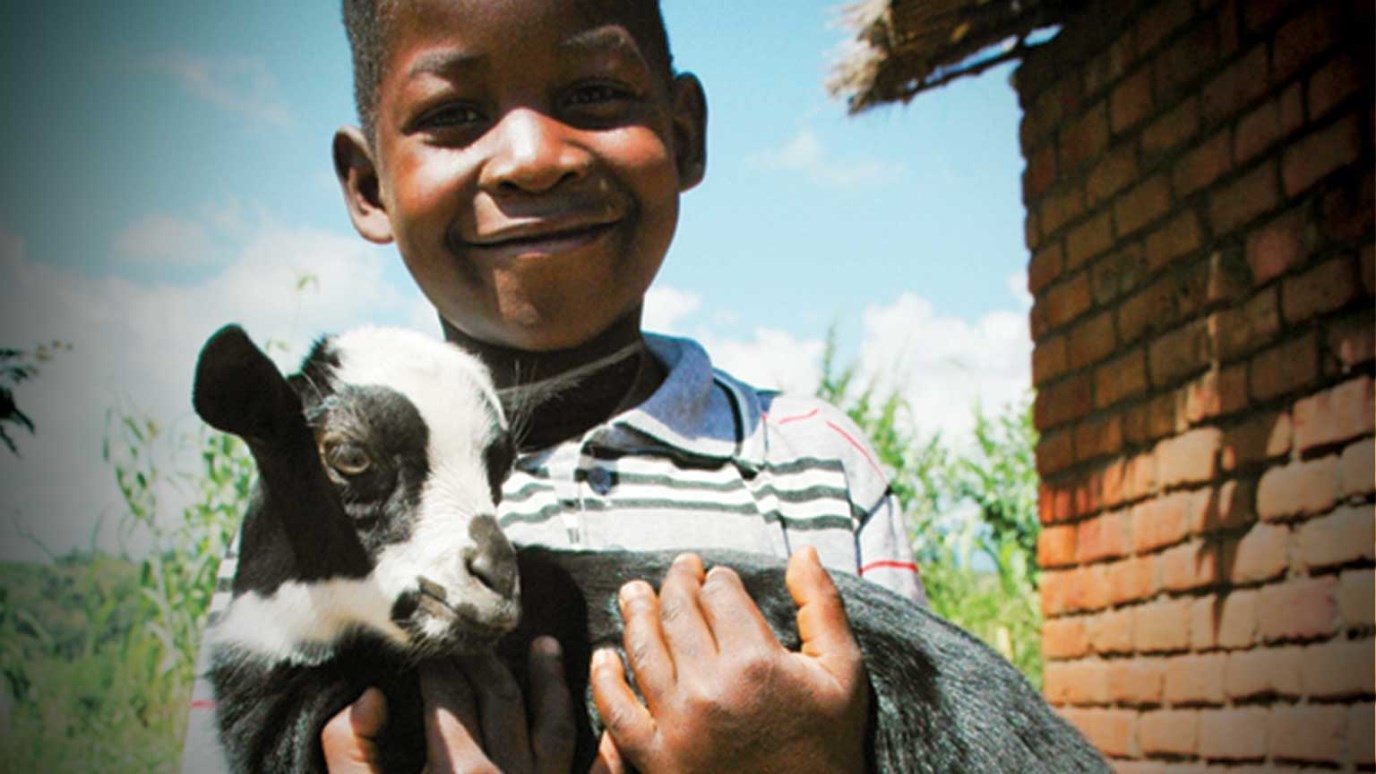 World Vision is working to improve food security, education, health and nutrition, and water and sanitation throughout this community in Malawi. Henry holds the goat he received through World Vision's sponsorship.

Henry is 6 and lives in Malawi. His parents used to struggle to grow crops and make a living working various jobs.

Read how Henry's sponsorship and the goat he received through World Vision changed their lives and is helping them realize a future filled with hope!

A joyous feeling springs from the cheeks of little Henry. Nothing can dampen the young boy’s excitement as his sole treasure — a goat he received through World Vision’s sponsorship program a couple of years ago — has just given birth to another kid. Henry now boasts of having four goats!

The gift of this goat gives Henry hope for the future. “I would like to become a military officer when I grow up. I would like to protect my country,” explains the 6-year-old while standing against a kraal (livestock enclosure) or ‘khola’ in his language, which his father fixed for him on the day he received the goat.

Henry lives in Mloka, a small village located within World Vision’s Chingale community. His father, Adaki, and mother, Lindasi, earn a living through farming. The couple grows maize and cotton.

Adaki and Lindasi used to struggle in the past as the crops they were growing on their small piece of land could not support them and their two children all year round.

“Our village is located within a rain shadow, and getting bumper yields is always a challenge,” explains Henry’s mother.

To fend for their children, Lindasi and her husband used to walk to Chinseu, a small trading town located some 20 kilometers from their village, to seek employment as casual workers.

According to Lindasi, they used a good part of the money they earned to buy food, clothes, medication, and school materials for their children.

In 2009, World Vision distributed goats to sponsored children in Chingale; Henry was one of the beneficiaries.

“My child was very excited to receive a goat from World Vision, and this joy was shared among family members,” Lindasi explains.

Six months after he received the goat, Henry would wake up very early in the morning, feed his goat with green grass from the nearby field, give it water, and then go to school. He would provide food again in the afternoon.

It did not take long for Henry and his family members to start seeing fruits from the goat they received. In 2010, the goat gave birth to two kids, and a year later (on the day of this interview) another kid had just been born.

“We don’t have immediate plans to sell the goats,” Lindasi says. “We would like them to grow and multiply so that in the near future they help us raise money, which can help us pay school fees for Henry and his 2-year-old sister, Chifuniro.”

According their mother, the future of her two children is certain because, apart from providing school fees, the goats will provide meat. “Definitely my children will grow more healthy as a result of eating more meat,” she assures me.

In 2009, the very same year that Henry received the goat, Adaki and Lindasi attended a food security training session that World Vision organized. Extension workers from the government facilitated the training.

“The training granted us an opportunity to learn some modern farming techniques,” Lindasi says. “Since our community receives little rain, the facilitators encouraged us to start growing drought resistant and early maturing crops.”

As a result of this advice, the family is now able to grow enough food to sustain them all year long.

“During last growing season, we harvested about 20 bags of maize. This is a great achievement because in the past, we used to harvest a maximum of four and five bags,” Lindasi explains.

The family offers their surplus yield to the market in Zomba. According to Lindasi, accessing some of the household necessities is no longer a problem. “The money we get from the sales enables us to buy medicine, clothes, school uniforms, and learning materials for our children. We no longer go to other places to search for temporary employment.”

Community members, families, and children in Chingale are reaping the benefits from the work that World Vision is doing through sponsorship.

World Vision is working to improve food security, education, health and nutrition, and water and sanitation, among other interventions throughout the community.