A Future for Fidelia 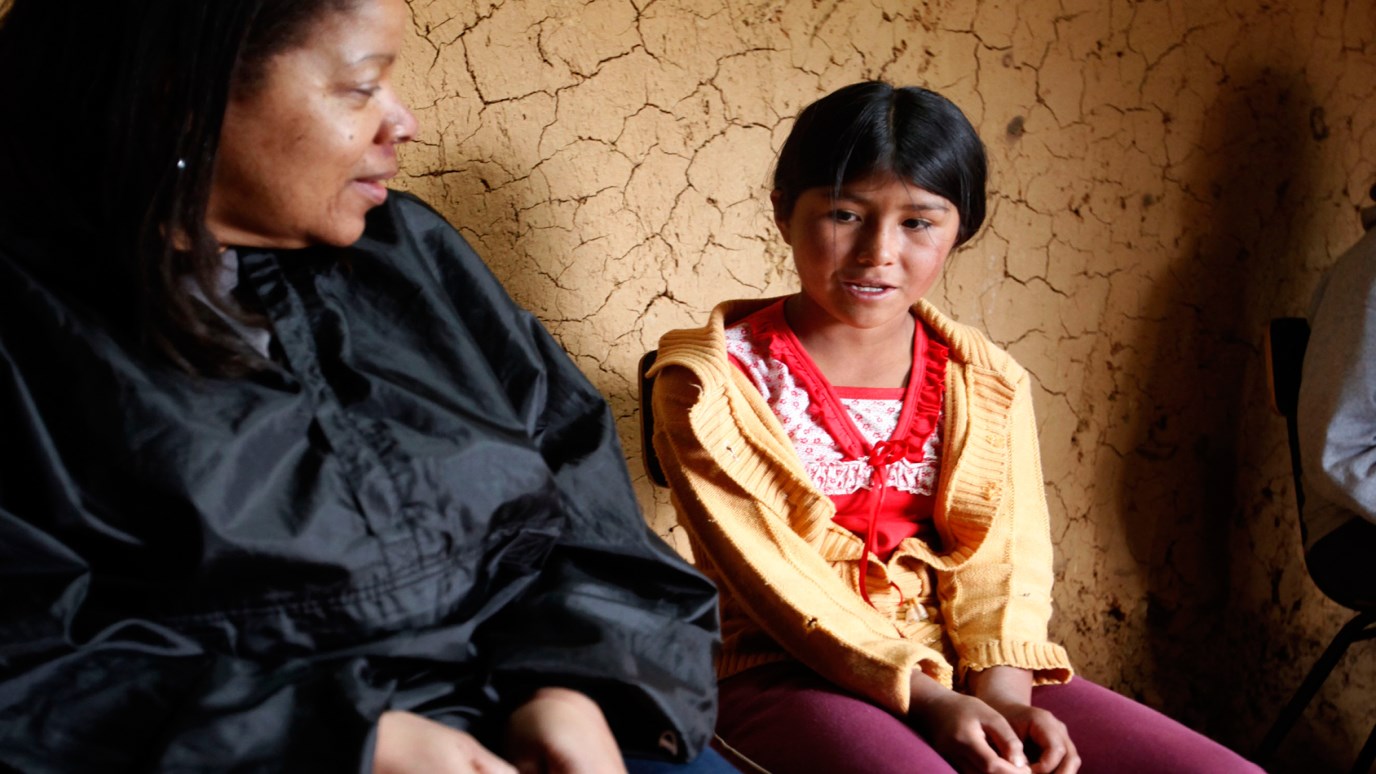 TIRAQUE, Bolivia -- A winding path climbs towards young Fidelia’s home, a cluster of small, tan mud-walled buildings with dirt floors and tile roofs. But looking back on the steep hillside reveals a stunning view running towards the Andes mountain range.

The visitors gather and catch their breath.  A steady wind scours the hills as Fidelia’s father, Feliciano , welcomes a group from Family Christian store managers who are touring World Vision projects in communities around the Tiraque province in central Bolivia.

As he looks toward the mountains and their towering beauty, “it’s pure air,” Feliciano says simply through an interpreter. But amidst the beauty and clarity of Feliciano’s hillside farm, he struggles to raise a family in one of Latin America’s poorest countries.

It’s a not a life that he hopes for Fidelia, his oldest daughter. His desire is that she can stay in school and graduate, eventually finding her way to a better life.

That hope suffered a major setback a couple of years ago when Fidelia was hit by a taxicab as she walked to school. It took a year for her to recover, he says, and she is now in the third grade when she should be in the fourth. Her parents fear that there may be lingering effects from the accident, for instance not reading as fast as her younger sister.

Fidelia, 10, is polite and shy, but not withdrawn. As visitors crowd into the room she shares with her sister, Fidelia takes questions and answers them simply yet deliberately in Quechua, a language dating back to the Inca civilization.

Her favorite subject in school is math, she enjoys playing basketball, listening to music. She’s always looking out for her younger sister and they often play dress up or play with dolls. And maybe one day, Fidelia dreams she can make clothes to earn a living.

But like any other farm girl, she has chores, cooking and cleaning with her mom and caring for the animals: cows, chickens, rabbits and pigs.

Feliciano beams as he watches his daughter Fidelia meet and receive visitors. A Family Christian store customer in Kalamazoo, Mich., sponsored Fidelia in 2006.

Diane White, manager of that store, brought gifts for the Fidelia and her family and she has an unwavering commitment to help children through sponsorship.

“Everything stops when a World Vision child is sponsored,” says Diane White, Family Christian store manager where Fidelia’s sponsor saw her picture. She leans heavily on stories to communicate the need of children.

“People see my heart, and I share stories,” says Diane. “Sometimes the picture (of the sponsored child) tells the story,” she says. “How can a child so young have that look of hopelessness.”

But there is hope for Fidelia. Through sponsorship, the family has received animals to supplement the family’s diet and income and the community has received clean water and sanitation systems. They have become a healthier family, physically and spiritually.

Before World Vision, their life was really tough, Feliciano says. When he first started out they lived in a one-room house, but over the last several years they have managed to build a few more buildings.

Feliciano also admits that he struggled with alcohol, “when you drink, you change,” and he says he changed for the worse. But his brother-in-law, who is a Christian, counseled him and prayed for him.

Today, Feliciano proudly says, “I’m Christian,” and that Christ, not alcohol has changed his life for the better.

Mostly, he’s grateful: for Fidelia’s sponsors who he hopes can visit one day and for the donated Bibles, which the family reads together each night before going to sleep.